If you happened to pop over to Astor Place over the weekend, you might have tasted some of Zagat’s favorite restaurants in mini format of course, for free. 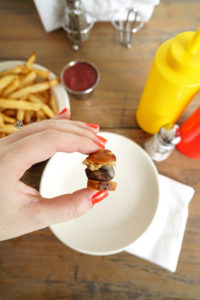 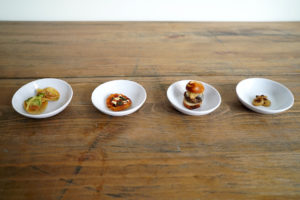 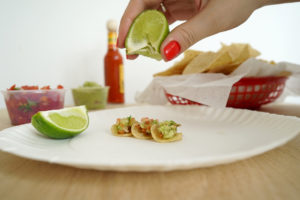 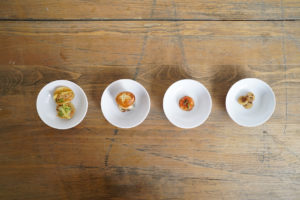 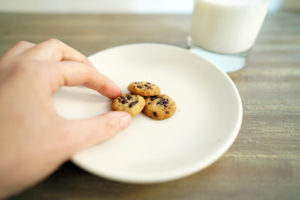 Zagat had an interesting week last week, to say the least.

First they rebranded and made things look a little less stuffy and more like something that’s transient like food always is. Then they decided to change their rating system, which was famously based on a scale of 1 to 30, to a ranking that work from 1.0 to 5.0. Perhaps millennials, and the like, prefer an easier to understand system?

But Zagat didn’t just leave us puzzling about scores and numbers, they also gave us a “Tiny Café” pop up for a few days only; right on Astor Place.

All of this to work with their 2017 New York City Restaurants Guide launch that the city is so split on—some await this announcement by seat edge, and others couldn’t care less. Whichever camp you belong too, the familiar Zagat sign has winked at you if you’ve ever been out to eat. And the book, which is on sale next week, will come into your path at some point. It is interesting that Per Se has really disappeared from the list and Le Bernadin (which always had a top rating since 2010) is now 4.9 and no longer 29. But enough of the complexities of New York dining.

According to Zagat (which gets fed by their new owner Google), “Zagat’s recent rebranding and new iPhone app now available for download, the goal is still simple: to help readers cut through the clutter and provide premium restaurant guidance from a trusted voice in tiny, yet perfect, reviews.”

And so if you happened to pop over to Astor Place (corner of Astor Place and Cooper Square to be precise) at some point over the weekend, you might have tasted some of Zagat’s favorite restaurants famous or infamous dishes—in mini format of course—for free. “Tiny food videos and pictures are a growing trend on social media and we wanted to contribute to this conversation, “ shares Ben Ezrick, head of marketing, content and community at Zagat.

How did we make those tiny burgers anyway? In a tiny kitchen, of course. Thank you to everyone who stopped by our #TinyCafe this week. We had a tiny, yet perfect time. #zagat #miniatures #tinyfood #tinykitchen #burgers #fries

The idea is to showcase the city’s best talent in their respective categories and to let the public come and just have a petite taste. And so how do you even begin to choose these maestros from the mass of talent in a city like New York? Maybe it’s better not to know.

“We decided to do what we do best and create something tiny yet perfect like our restaurant reviews. We rate and review the best restaurants so partnered with three of the most notable to create micro creations of their signature dishes,” says Ezrick. Los Tacos brought tacos. Pizza Loves Emily made the smallest littlest pizzas and burgers, Jacques Torres made Alice in Wonderland style chocolate chip cookies. They call it a one of a kind pop up—and who doesn’t love all things tiny. “Those who can’t attend in person can see our tiny yet perfect restaurant reviews and tiny food café listing in our new iPhone app,” adds Ezrick.

And, naturally, the hashtags, like #TinyCafe, were presented all over the cafe—because nothing looks better than the world’s tiniest pizza on your hand as New York rains down on you.