It’s rare for New York restaurants to escape the fate that gentrification can bring, but Kopitiam has done just that. 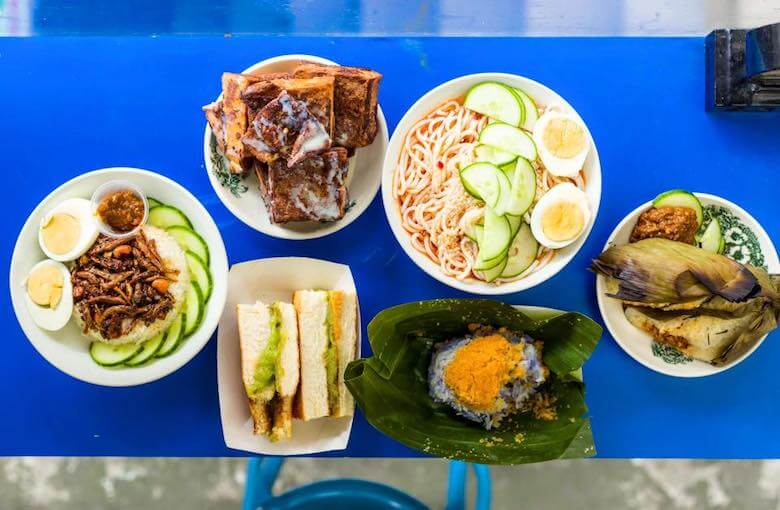 Sweaty and out of breath from New York City’s July humid heat, I walked into Kopitiam nearly panting. Immediately, my eyes were fixated on the refrigerator next to the cash register, where a group of teenagers were placing their order. My heart stopped when I saw chilled bottles of 100Plus, a carbonated sports drink found in Singapore (my home country) and Malaysia, alongside Yeo’s canned chrysanthemum tea. Immediately, I was transported to my childhood, a time when my mom or dad treated me to an ice-cold Yeo’s chrysanthemum tea and prawn chips for getting good grades on my report card.

And when I scanned the menu and spotted iced badung, a creamy pink drink made of condensed milk and rose cordial syrup, I couldn’t pass it up. I hadn’t had badung in about seven years, since I last visited Singapore. Kopitiam’s menu is ideal for nostalgia-chasers who daydream about fish ball soup, curry puffs and kaya toast on a daily (ok, hourly) basis. I ordered the nasi lemak, a fragrant rice dish cooked in coconut milk and served with crispy fried anchovies, toasted peanuts, a hard-boiled egg, sambal and sliced fresh cucumbers.

Having opened in 2015, Kopitiam became a cornerstone for Chinatown locals, Malaysian and Singaporean transplants, and anyone down to enjoy the symphony of flavors and colors Malay cuisine offers. Chef and owner Kyo Pang originally opened Kopitiam on Canal Street, but two years after she opened, Pang was forced to close because of a 25 percent rent spike for the 210 square-foot space.

It’s rare for NYC restaurants to escape the fate that gentrification can bring, but Kopitiam did just that. Last December, Pang partnered with Moonlynn Tsai, who helped open Pine and Crane, a Taiwanese fast-casual restaurant and cafe in Los Angeles. Kopitiam is now located on East Broadway and Canal is much bigger. Tsai and Pang wasted no time building out the old optometrist office into a sunny, welcoming eatery that now serves as an ode to Malaysia and Pang’s family recipes.

“My old place has been vacant for about a year now.” Pang says. “I actually didn’t know that we served this many people until we had this [bigger] space. They all came back and I remember all of the familiar faces.”

The word kopitiam is a combination of “kopi,” Malay for coffee, and “tiam,” Hokkien for shop. In Penang, Malaysia, kopitiams foster community, where regulars begin their morning, exchange witty banter and catch up on news while enjoying teh tarik. Pang, who grew up in Penang, comes from a lineage of kopitiam owners. As a kid, she was impressed by her dad’s memory while he took orders without a notepad or pencil in hand. 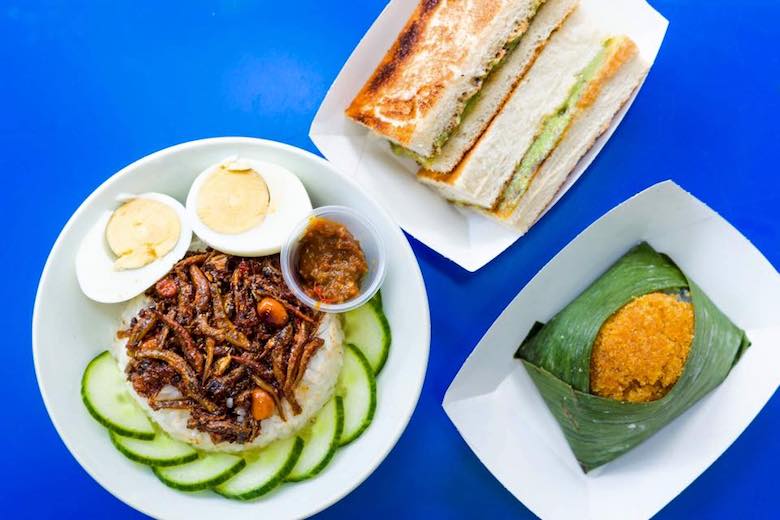 The word kopitiam is a combination of “kopi,” Malay for coffee, and “tiam,” Hokkien for shop. Photo credit: Facebook/Kopitiam.

“My dad would go to every table and come back with a hundred items and tell my mom without making any mistakes,” she says. “Until we have Kopitiam, I didn’t realize you just remember what every customer likes. I know how they want their coffee or tea with this or that. You remember every detail of what they order.”

It wasn’t until after Tsai and Pang committed to reviving Kopitiam together did they learn how serendipitous their partnership was. Tsai first fell in love with Malaysian food while visiting the country with her girlfriend who is from Penang. Months after the partnership was finalized, Tsai showed Pang a picture of her girlfriend’s grandfather, and Pang showed it to her mom who said,“Oh! I know who that is!”

“My family has been serving three or four generations of people including Moon’s girlfriend’s mom’s family,” said Pang while chuckling.

Tsai and Pang take turns behind the kitchen and taking orders at Kopitiam. They are especially excited to spread awareness about Malaysian cuisine. Food from Asian countries, unfortunately, has been lumped together into a singular category (see: pan-Asian eateries), to appeal to broad range of American consumers. Because of this, the rich cultural and historical context is stripped from each region and peoples’ culinary expression.

Food from Asian countries, unfortunately, has been lumped together into a singular category (see: pan-Asian eateries), to appeal to broad range of American consumers. Because of this, the rich cultural and historical context is stripped from each region and peoples’ culinary expression.

“We were talking about the kuihs and the sticky rice the other day and someone was like, ‘Do you have the one with the mango?” And we were like, ‘That’s from Thailand,” says Tsai who is happy to teach curious customers.

Because Kopitiam is located between Chinatown and the Lower East Side, they have a mix of customers—teenagers, young professional, families and elderly people (a sign of a truly successful neighborhood joint). Nothing on the menu is over $12.

“We have a lot of the elder Asians who come in the mornings and going back on pricing it’s important for them to have their space to go to in the mornings, where the cost isn’t extravagant,” Tsai explains. “But then at the same time, we’re both in our 30s in the Lower East Side, and we’re both really big fans of art. We want to bring that DIY fun aesthetic and melt it together.”

At Kopitiam, everything they serve is made from scratch and made with “passion and patience,” as Pang puts it. Because their kitchen is small and lacks storage space, they make everything fresh daily.

“I think for a fast-casual place, our food is very uncasual,” says Tsai. “It’s fast-casual but it takes a big amount of love and time for each little piece.”