Unlike the haute critics, he’s built a massive following for seeking out his city’s undersung, unglamorous and affordable food. 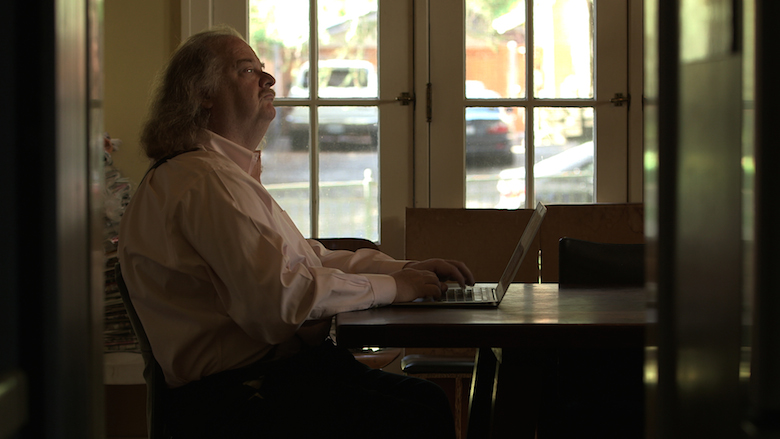 If you’re unfamiliar with his work, Gold — similar to Clementine Paddleford and Calvin Trillin — is something of a dining democratizer.

When Peter Meehan told a Chelsea audience this weekend that he thinks L.A. has better food than NYC, there were audible gasps, peppered with a few boos and “No!”s. But honestly, emotions ran milder than you’d expect for such blatant provocation — no tar, no feathers. I suspect it’s because we’d all just watched the New York premiere of City of Gold, a movie that makes a strong — if inadvertent — case for this thesis.

Meehan, the New York–based editor of Lucky Peach magazine, was being a bit cheeky, sure. But he was joined onstage by Jonathan Gold, the boldest voice in Los Angeles food writing — and the City of Gold’s main subject. After watching this vivid documentary, I think we’d all been convinced of how delicious life in L.A. can be (if not actually, you know, superior to us).

If you’re unfamiliar with his work, Gold — similar to Clementine Paddleford and Calvin Trillin — is something of a dining democratizer. Unlike the haute critics of yore (and many who still operate today), he’s built a massive following for seeking out his city’s undersung, unglamorous and affordable restaurants/food carts/lunch windows. Gold is extremely well-versed in global cuisines, and what he doesn’t know, he studies fiercely (A memorable scene shows him poring over old-school reference books on the cuisine of Chengdu, China.)

In the post-film discussion, Gold admits: “Rich people eat well,” but this is thin praise. It’s so obvious that it almost doesn’t bear mentioning — if you spend enough cash on anything, you can get the very best. Gold makes a case that this superiority is predictable and unexciting, not to mention inaccessible to most. Much more thrilling is finding a rare, sublime bowl of noodles in a far-flung strip mall. A street hot dog that makes you change your daily commute. A homemade, generations-old picante sauce with a closely guarded family recipe.

David Chang, one of the New York–based talking heads in the film (a game: spot four NYC restaurants that make cameos), mouths off on how much he’d love Gold to relocate to our fair city. He argues we have no one like him here, helping us turn our collective gaze away from the well-trodden path. This argument is a bit specious, as Robert Sietsema has been doing this brand of food writing here for decades — he actually makes a comical appearance in the movie. And even mainstream critics like Pete Wells seek out underdog spots much more now than their historic counterparts. But what Chang may have really been saying is — no one here has Gold’s specific, compelling voice.

For it’s not just the act of seeking out obscure food spots where he excels; Jonathan Gold is a superior writer, the first critic to ever nab a Pulitzer Prize. There were several scenes in the movie when his reviews were read out loud and I instinctively shook my head. “I am simultaneously moved by his poetry and incredibly jealous,” is what my head was saying.

I strongly encourage you to go see City of Gold, so you can experience your own complex rush of emotions. Also — it’ll make you hungry.

City of Gold officially releases here in the spring; we will update you when we know more.