To Indulge Your Love of Fish Sauce, Head to Phu Quoc, Vietnam

Whether it is immediately detectable or not, it’s the secret ingredient that defines the best Vietnamese dishes. 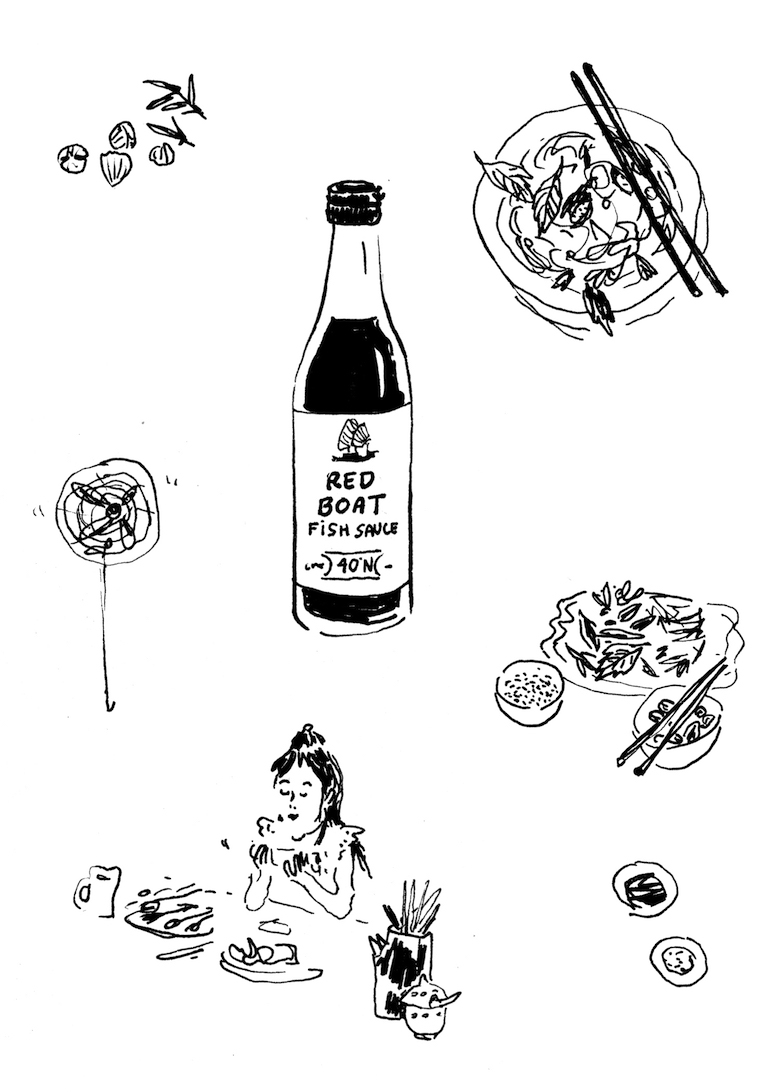 If you love Southeast Asian food, you most likely know the wonders of fish sauce. It’s the umami-packed, savory heart of most dressings and sauces in that part of the world. Whether it is immediately detectable to the consumer or not, it’s the secret ingredient that defines the best Vietnamese dishes. 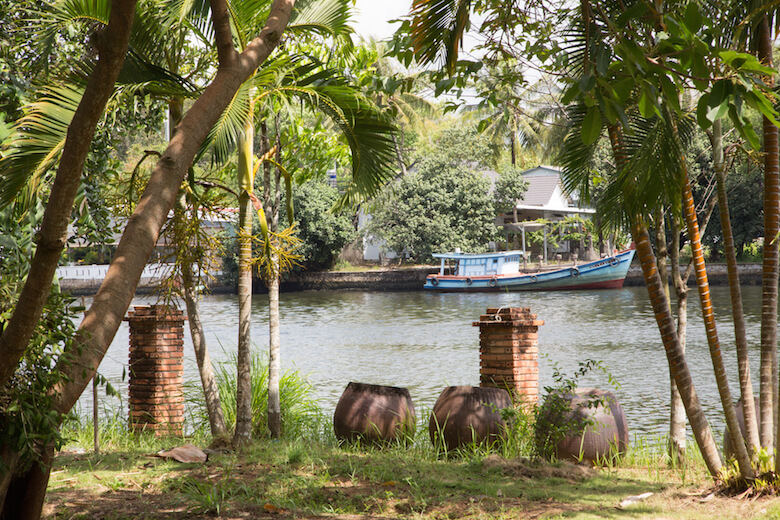 When we found out that the location where most fish sauce is made is a tropical island with stunning beaches and bountiful open-air markets, it suddenly became critical that we go to the source. In preparation for a round of Vietnamese destination specials, Chopt’s chef Aneesha Hargrave, illustrator extraordinaire Joana Avillez and I flew 20-plus hours to the island of Phu Quoc to visit our friends at Red Boat fish sauce and get a handle on their stinky, delicious production. 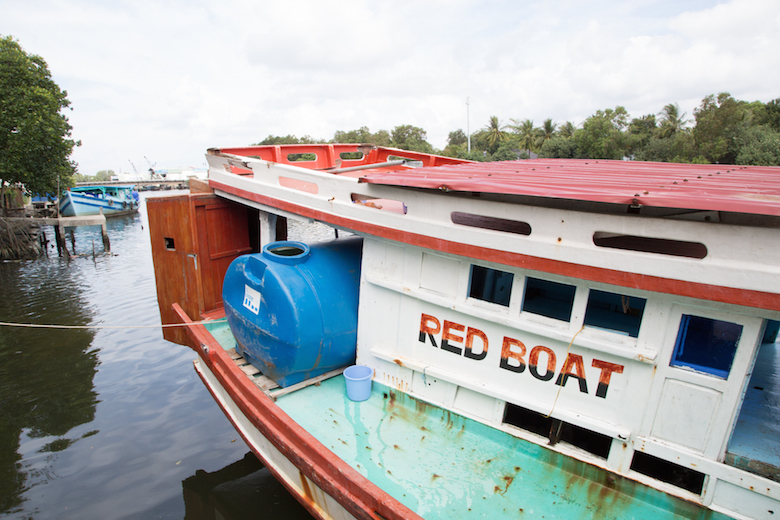 Google the island of Phu Quoc and the image results define your notion of paradise: white sand, bright blue water, palm trees—the whole kit and kaboodle. The island is so far south and remote, the tourist industry is only just beginning to burgeon, with resorts dotted along the coastline, some with beach shacks, and others taking design inspiration from Disneyland. Fishing has always been the leading industry here, specifically black anchovies used to make fish sauce and it’s Chopt’s source for fish sauce in all our restaurants. 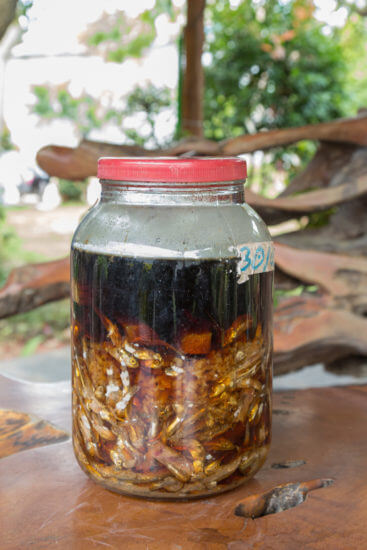 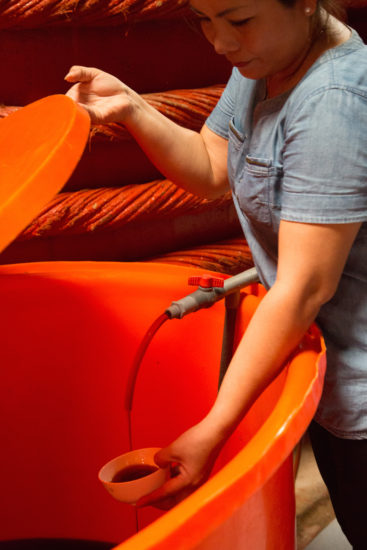 Turquoise and red wooden boats sail four hours out into the sea by moonlight, finally anchoring in the wee hours of the morning. They release a net into the water and haul tons (literally) of anchovies onto the deck of the boat. Chef Aneesha went along for the grueling, all-night adventure, without so much as a place to rest or sit on board. She captured swarms of metallic, glimmering fish dramatically lit by floodlights in the pitch black night and experienced the rush to toss them with sea salt and preserve their peak freshness on the long trip back to shore. 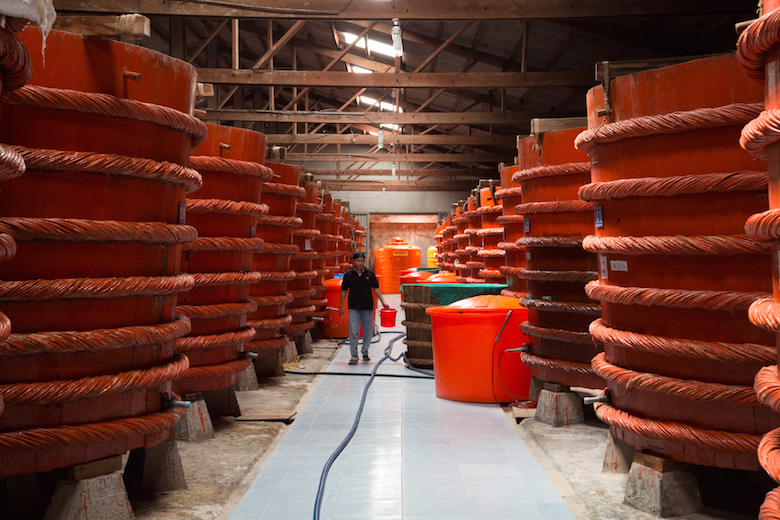 Once at the factory, we got the play-by-play from Red Boat’s founder, Cuong Pham. The process is reassuringly straightforward: 14 tons of the heavily salted fish are transferred to traditional wooden barrels, which are 10 feet tall and outfitted with a spout at the bottom. 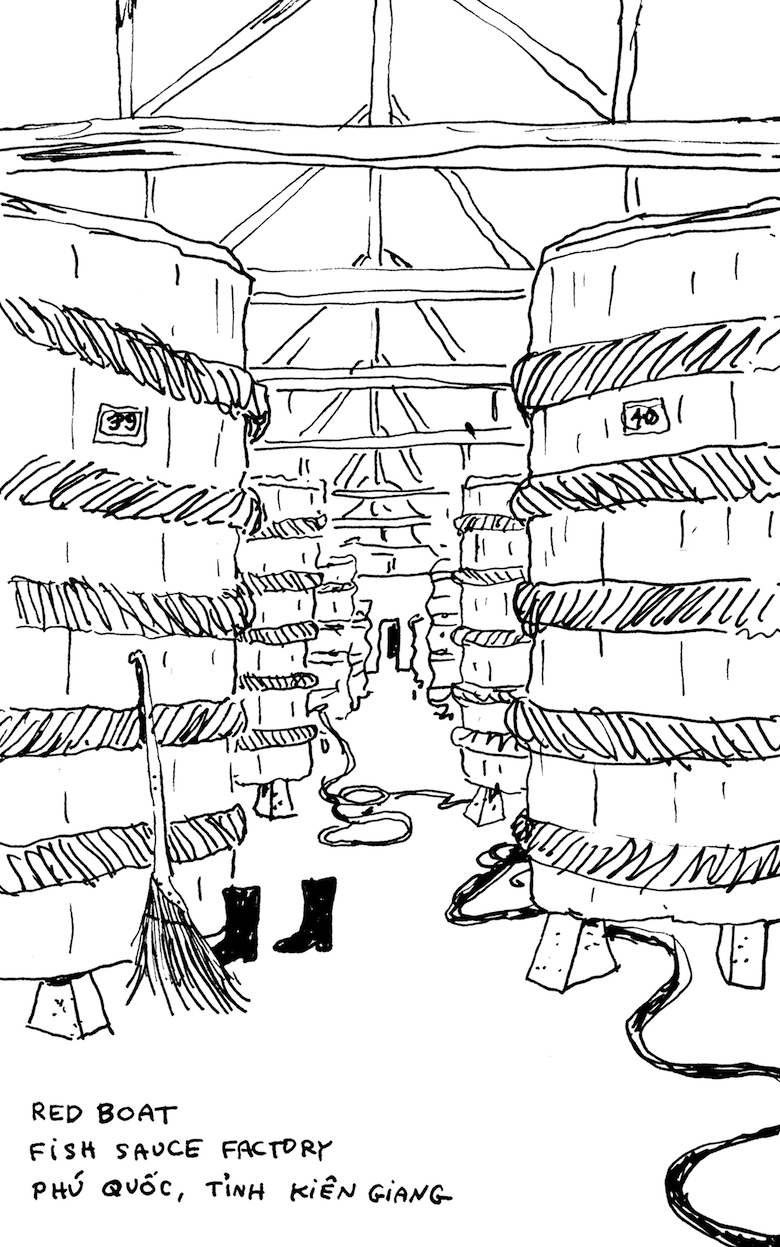 Each one produces 3,000 litres of fish sauce. They are simply left to ferment for a year, ultimately turning to liquid. The heavy salting encourages the process of lactic acid fermentation, and results in a light brown, tasty liquid that is clean and clear, the color of an amber brewed tea. It’s as simple as that, no preservatives or additives necessary, the same recipe for centuries past, and—hopefully—generations to come.