In the City, Bergen Hill Grows Up

The Carroll Gardens favorite makes the move to Cooper Square. 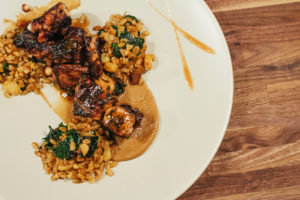 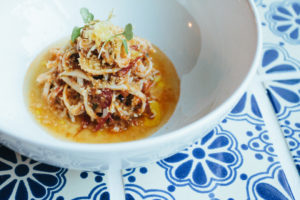 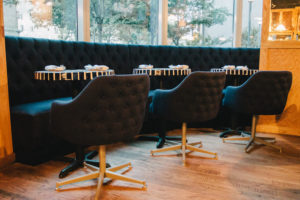 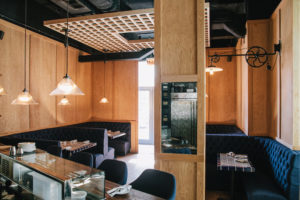 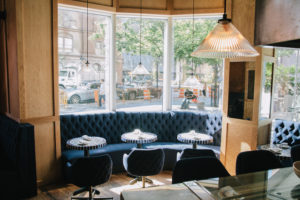 Bergen Hill used to be one of those neighborhood favorites back when Carroll Gardens had them. Now, with a move to Manhattan, it’s for Cooper Square to stake its claim. With space limitations for owners, Ravi DeRossi (of Death & Co., among others) and Daniel Kessler (the guitarist with the band Interpol) a move just made perfect sense.

“The old Bergen Hill had just four tables and ten counter seats… people heard about this charming little restaurant in Carroll Gardens and would make the trek out to see us on the weekends,” shares Drew Brady, the establishment’s manager. “Unfortunately, we would have to turn many of them away because we didn’t have enough seats.”

At the new location, they luckily traded more dining room space for an open kitchen that’s on display for the entertainment and thrill of patrons. “Literally the entire operation is visible to the guest. There is no back room or basement,” says Brady. But don’t think what you’ll be seeing are fires and big circus actions. Nope, here it’s much more subtle and finessed. There actually is no oven—just a sandwich press and a few other gadgets doing all the hard core lifting.

“After two years of working in what we thought was a tight space at the old location, the constraints of the new space have forced us to further maximize within the margins. Literally every last square foot of Bergen Hill is functional, by design,” says Brady. But with so little space, the delight isn’t compromised, not even one little titbit.

During the move, they had time to revisit the concept. And so they now have dishes that will make you weep with a well deserved joy. Was it the squid that resembles pasta in a red sauce? Or what about that Riesling soaked octopus? Perhaps the crudo that I want to keep a secret? Or the burrata that is made on the premises and is served with tuna tapenade and not overpowering basil?

And then there is the Charlie Bird sommeliers, Robert Bohr and Grant Reynolds, who worked hard at curating a wine list with a number of surprises plus Mount Etna wonders. “We wanted to push the food and wine to the forefront of the experience by scaling back the cocktail program to focus on just eight classic cocktails,” adds Brady.

“We had such a tight knit family of regulars at the Brooklyn location. It was really quite special and we trusted their opinions,” shares Brady. “They would insist that certain off-the-menu dishes be added to the menu. When we moved, we decided to return to our original menu and build the menu the same way, based on the tastes of our new neighborhood.” And by the looks of things the new neighborhood is demanding something similar.