Zia Hatch Chile Company will be doing a roasting outside the famed spice shop. 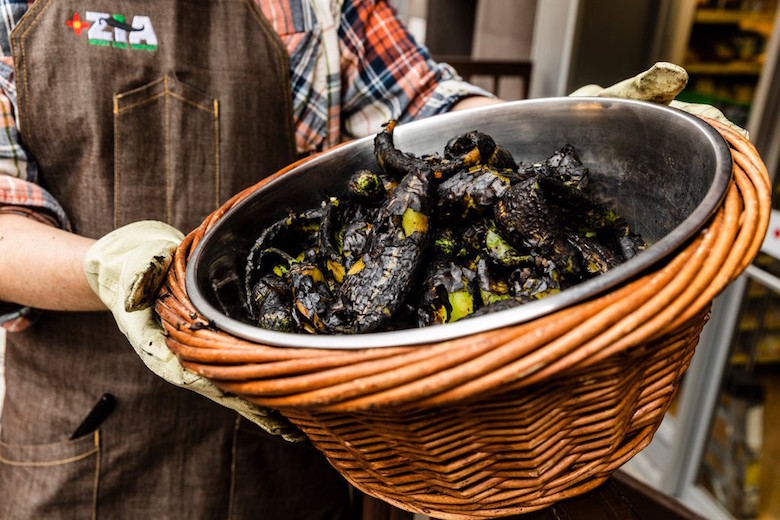 This roast will be pretty historic. Photo courtesy Zia.

New Mexico is famous for a few things, but chief among them must be the Hatch chile, which is native to the southern city in the state that goes by the same name. “Red or green?” is the question in the state when one is served a burrito, a burger, even fries. The former is a ripe, round earthy pepper and the latter is more light. And now is their season—even in New York City.

Hatch chiles are harvested once a year, from the middle of August through the middle of September, in the high altitude, dry climate and rich soil of southern New Mexico. To celebrate this harvest, Kalustyan’s is teaming up with Zia Hatch Chile Company for a roasting at the store on Sunday, September 29, from 11 a.m. to 3 p.m.

Zia is owned by Nate Cotanch, who has familial roots in New Mexico dating back generations. He works directly with farmers to source his chiles, which end up in cooking sauces available for purchase online and in stores. While Kalustyan’s has sold 600 to 800 pounds per year of Hatch chiles for many years, according to operations manager Dona Abramson, this will be their first live roast. “Doing a live Hatch Chile roast on the streets of Manhattan has been one of the highlights of my almost 40 years in the food business,” she says.

For Sunday, the 29th, Kalustyans is recommending Hatch Chile fans call ahead to reserve the quantity of Hatch Chiles they’d like to buy: Call 212-685-3451 and ask for Dona.