Shrimp Grow in the Hudson Valley, Too 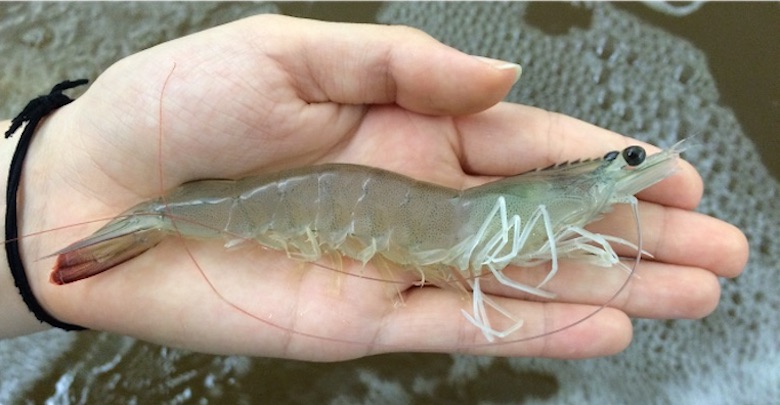 Since 2015, Jean Claude Frajmund has laid the bones up the Hudson in Newburgh, NY for what he believes will “disrupt” fish farming.

On paper Jean Claude Frajmund doesn’t seem like the green thumb prophet with the potential to mitigate the sustainable shrimp crisis. Aside from a brief stint working alongside fishermen as a teenager in his homeland of Brazil, his resume includes years jobs in coding and later in the entertainment industry.

But after moving to the United States and integrating himself into the restaurant industry, Frajmund saw a demand for both shrimp as well as sustainable practices. So, to satisfy both demands, Frajmund is applying his computer science philosophy to shrimp-focused aquaculture: He wants to create an “open source” system for sustainable shrimp farming.

“Technology on open source is much faster,” Frajmund says. “My goal, open sourcing, is that the US will have more production of sustainable shrimp within the United States.”

Even with the hype surrounding lobsters and dollar oysters, it’s undeniable that shrimp are the most popular shellfish in America. Whether served at dinner parties as ‘80s-reminiscent shrimp cocktails or at Popeye’s as deep-fried poppers, the familiar pink crustacean is regularly featured on the menu. The common methods for procuring shrimp, unfortunately, show few, if any, signs of sustainability. Frajmund, however, believes that he has found a way to change the course of shrimping for the better.

Shrimp’s popularity is rising, both in the United States and abroad. In 2015 and 2016, Americans consumed over 1.2 billion pounds of shrimp, or approximately 4 pounds of shrimp per capita; China, meanwhile, has increased its shrimp consumption by 123 percent between 2005 and 2015. But as reported in recent years, demand for shrimp comes with a heavy cost: reporters have long documented the connection between shrimp and the destruction of mangrove forests, while in 2015, the Associated Press reported that shrimp imported from Thailand is tainted with human rights abuse, a problem that extends to much of shrimp from Southeast Asia. 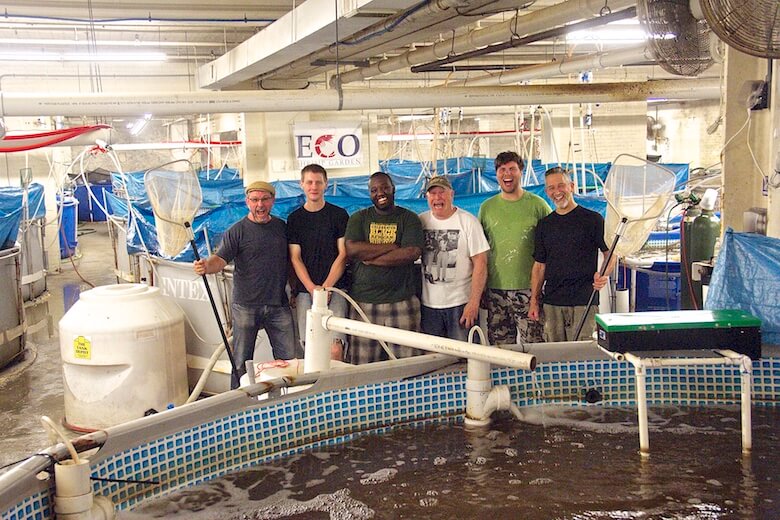 Since 2015, Frajmund has laid the bones up the Hudson in Newburgh, NY for what he believes will “disrupt” fish farming. Eco Shrimp Garden, located inside a former mattress factory, contains 24 indoor saltwater tanks as well as four nurseries that he fills with Pacific White Shrimp postlarvae, sourced from Texas and Hawaii. The tanks, which use biofloc, a dense aggregate of protein-rich organic matter and organisms algae, bacteria and protozoans to recreate oceanic conditions, also use a specific water circulation technology, known as the Indoor Zero Water Exchange System, which both ensures his shrimp are raised chemical-free as well as minimizes waste. Frajmund says Eco Shrimp currently is capable of producing 10,000 pounds annually, which he sells to locavores at the Union Square and Grand Army Plaza Greenmarkets as well as nearby restaurants like Blue Hill at Stone Barns. The goal, however, is to design a bigger facility at scale that can reach 1,000 pounds a week, or 52,000 pounds annually.

But Frajmund’s plan for Eco Shrimp stretch far beyond Newburgh. Having received funding from Hudson Valley Startup Fund, which injected Eco Shrimp with $175K this past March, Frajmund discussed converting his Newburgh location into a hub for research and development, while training other shrimp farmers domestically and abroad, allowing them to use the Indoor Zero Water Exchange System, and connecting them with restaurants and customers.

“We talk with a lot of farmers and we’re trying to understand where we can help together, all together,” Frajmund says. “We could share, but to make the difference, we have to make this institutional.”