Launched in 2005, the catering and events operation of Danny Meyer’s Union Square Hospitality Group was conceived to offer a canapé platter at an intimate family holiday dinner, an elegant gala at the Park Avenue Armory and all events between. 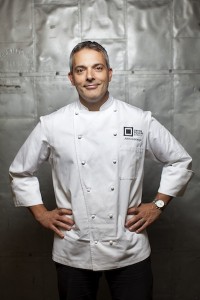 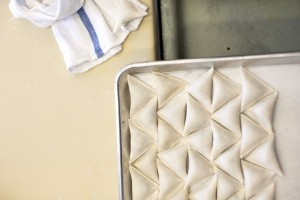 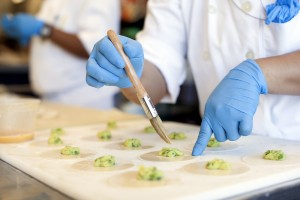 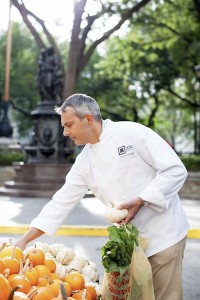 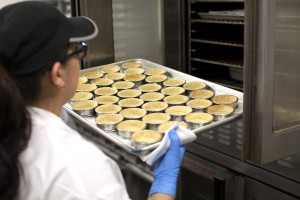 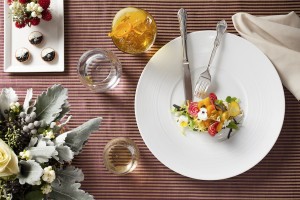 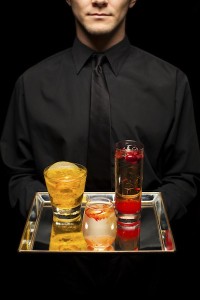 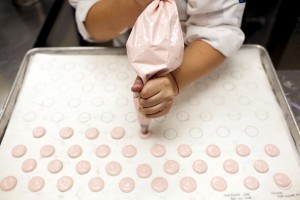 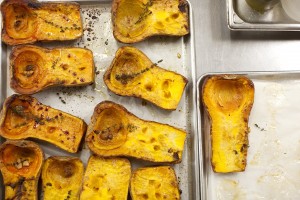 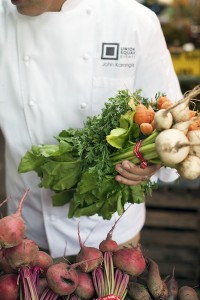 At noon on a recent Thursday, a small army of chefs were hard at work in a gleaming, 10,000-square-foot professional kitchen on West 28th Street, prepping dinner for 600. In the pastry corner, cooks rolled out flaky dough and tempered chocolate. Across the way, another sliced parsnips into perfect batons while culinary operations manager John Miller fed ropes of hand-rolled ricotta — mustard seed cavatelli dough into his hand-operated pasta maker. The ricotta is made in-house, using milk from Five Acre Farms. Miller, who mastered pasta making during his years running that department at Maialino, can turn out handmade pasta for a thousand guests at a clip.

But you can’t get a reservation here, and there’s not even a dining room. That’s because this isn’t a restaurant kitchen, it’s the production space of Union Square Events — the catering and events operation of Danny Meyer’s Union Square Hospitality Group.

Launched in 2005, Union Square Events was conceived to offer a canapé platter at an intimate family holiday dinner, an elegant gala at the Park Avenue Armory and all events between. Venues include CitiField stadium and the soon-to-be reopened restaurant at the relocated Whitney Museum.

What sets Union Square Events (USE) apart from competing caterers is that it has “injected restaurant DNA” into its operation, says managing partner Ron Parker. Translation: Approach every project like a fine-dining chef, scale up your recipes big-time and then figure out how to make it work. This is how USE became the first company to look beyond the conventional notion that serving a sit-down dinner for 4,200 dressed-up people at the Javits Center was incompatible with a hot entrée.

Instead, for the Robin Hood Foundation’s annual benefit, executive chef John Karangis figured out how to butcher, marinate, then slow cook — sous vide — over 2,000 pounds of braised short ribs for 48 hours, press, cool and cut the meat into portion sizes to be heated with Sterno canisters and proofing cabinets and sauced just before serving. Though Karangis understood the “product procuring, production and logistical challenges” this feat would involve, he challenged his team to make a dinner where the strains of scaling up were invisible.

The result: soigné plates of braised short ribs (served with crushed potatoes and market vegetables), preceded by a beluga lentil and tomato marmalade salad with saffron-fennel vinaigrette and followed with a milk chocolate and caramel ganache with raspberry toffee.

All of this “enlightened hospitality,” as Meyer calls his brand of service, put guests in a good enough mood (although performances by Elton John, Mary J. Blige and Bono may have helped a little, too) to donate over $80 million for the charity.

One reason the USE team can excel in situations like these is the fact that it’s the only catering outfit in the city to have Department of Health–approved sous vide cooking capability, which allowed both the low-and-slow braising of the ribs and executive pastry chef Daniel Keehner’s caramelizing of the chocolate. The method, says Keehner, who formerly plied his trade at Wallse and Café Sabarsky, allows the chocolate to develop a complex, nutty flavor.

USE is so chef- and chef-technique-driven, in fact, that if you’re in love with a certain dish at one of Union Square Hospitality Group’s restaurants, their “Epicurated” program will re-create menus (venison with roasted squash and cranberries from Gramercy Tavern’s Michael Anthony, for example, or Maialino chef Nick Anderer’s celebrated roasted suckling pig) for, say, your wedding or New Year’s party.

Karangis, the dapper executive chef, cut his teeth under Meyer: He started his career at 19 doing prep work at Union Square Café, then worked at Square One and Stars in San Francisco before eventually finding his way back to the fold. Many mornings he still hits the Greenmarket before 8:00 a.m. for both culinary and visual inspiration, incorporating finds into platters that resemble Dutch still-life paintings: Lynnhaven goat cheese, winter-spiced and whipped, fills pillow-shaped crackers and recalls spiced rum, while a sweet-savory dream of a macaron, filled with Calvados-apple jam and rimmed with foie gras, echoes the baby apples that dot the platter.

The plates are an embodiment of the Union Square Hospitality Group approach, says Karangis: “Food that is seasonally inspired, celebrating what is growing in and around where we work, and fostering relationships with producers.”

USE’s relationship with Greene, New York–based Cascun Farms is one example of this philosophy. The company orders over 500 pounds of organic poultry from the farm each week. When farmer Don Cascun delivers the order, Karangis sends him back with pulped fruits and vegetables, by-products of USE’s Creative Juice line of products. Cascun feeds the fiber to his chickens and hogs in a win-win for both parties. Trial and error has taught the Cascuns that pigs adore almond meal, while chickens need to be kept away from kaffir lime and jalapeño pulp, which affect their taste when they show up on the plate.

Culinary Institute of America–educated Parker made the move from restaurant operations at the Modern to running the catering arm of USE during the immediate aftermath of the 2009 market collapse. While others in the industry scrambled to take on more venues, Parker’s approach was the opposite: Focus on only a few venues in Manhattan and more on existing clients by doing fewer catering events.

Parker admits that the umbrella company gives the caterer leeway that others in this highly competitive market don’t have.

“We have a diversified business, so we have the luxury of spending more time to make things special.” His less-is-more approach has led the company to triple in size since 2009, and it’s on track to double again over the next year. Over the long term, USE plans to expand into other cities; already it provides some of the food for Nationals Park baseball stadium in Washington, DC. As at CitiField, the company offers stand-alone outposts of Blue Smoke, Shake Shack and two original concepts, El Verano Taquería and Box Frites, a Belgian fries, hot dog and fried pies stand.

Another large USE client will come online between 2016 and 2019, when the 28-acre mixed-use Hudson Yards mega-redevelopment — the largest to rise in the city since Rockefeller Center, and now under construction just north of USE’s 28th Street kitchen — is complete.

Like Miller, head pastry chef Keehner prefers his current gig to his past restaurant work because the job is different every day and always fast paced. While there are quiet times in restaurants before and after dinner service, Keehner explains that at USE, “there’s never a point when I’m not under the gun and the time clock. My 10- to 12-hour day here is like a 10- to 12-hour service.”

Then it’s time for the pastry chef to get back to work — the difficult, time-consuming work of feeding the masses food of a quality and sensibility that punches way above its weight.

“Whatever we can do for an eight-top at the Modern,” explains Karangis, “we should be able to do at Union Square Events. We want to take ‘It can’t work’ out of the picture.”