In California, a Glimpse of Salad’s Past, Present and Future

When it comes to salad inspiration, Chopt co-founder and Salad for President’s Julia Sherman are California dreamin’. 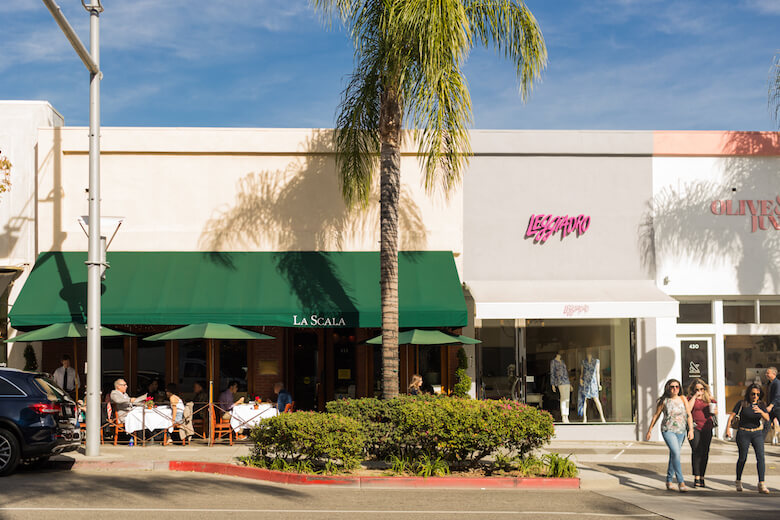 When it comes to beloved chopped salads, all roads lead to the salad at Beverly Hills’s La Scala restaurant.

Every year, our Chopt team ventures West on the hunt for inspiration and direction for our favorite destination menu—California. We consider California the birthplace of the “salad as a meal”—a bountiful and colorful one characterized by a parade of texture and flavor. As we take a closer look at the legacy of the city’s most enduring salads, it occurs to us, this is a place where exhibitonism and health food collide. Tossing and chopping have always been treated as a tableside spectacle in this part of the country. While we usually adventure to seek out the newest and most cutting edge in salad land, this time, we embark on a roots trip to uncover the history of the California salad. Let’s take one glance back before venturing forth into the fabulous salads of our time. 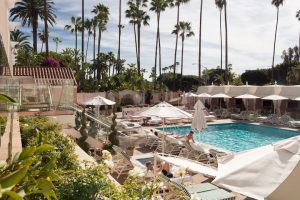 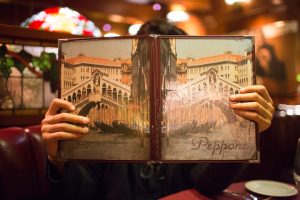 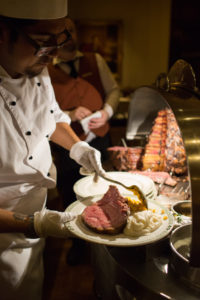 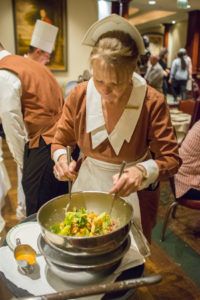 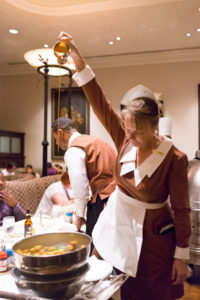 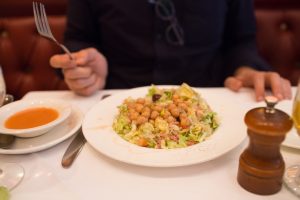 I turned to Chopt founder and trusted travel buddy Tony Shure to compose our itinerary. Admittedly, I rarely venture west of Los Feliz, so scanning his list of must-see salads was like embarking on a trip to a foreign land. La Scala, the Beverly Hills Hotel, Lawry’s the Prime Rib, the Ivy, and Peppone’s—I had heard rumors of these timeless spots but had yet to uncover the secrets to their enduring success. 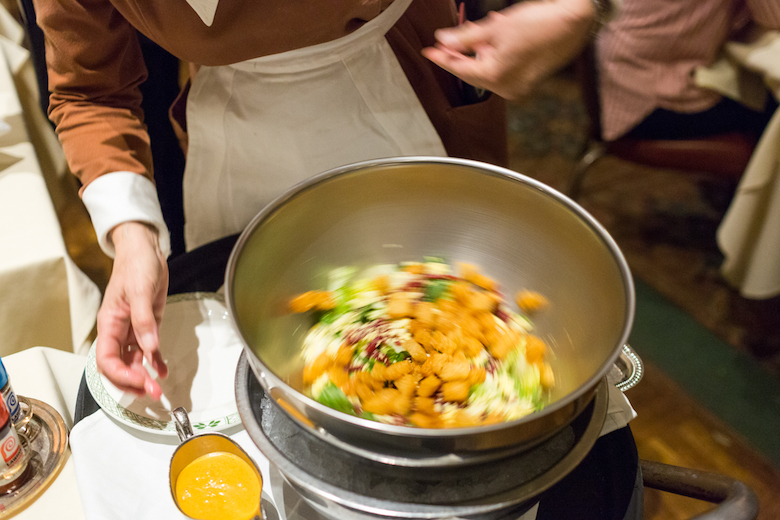 The roughly chopped ingredients are already combined in a metal mixing bowl, set inside another bowl filled with ice. With a flick of the wrist, the bowl is set to spin in a centrifugal whirl.

As its name suggests, Lawry’s is a carnivore’s heaven, serving up bloody beef since the 1930s. You know Lawry’s seasoned salt as a household name, but did you know it all began with a special occasion restaurant? Housed in a classic dining room with murals, chandeliers and tableside carts manned by chefs in white jackets and towering toques, salad might be the last thing on your mind when you slide into a puffy leather booth. But wait for your server, dressed in camel-colored uniforms with oversize starched collars and whites, bows in the back, and she will undoubtedly offer you the house salad, served tableside of course. The roughly chopped ingredients are already combined in a metal mixing bowl, set inside another bowl filled with ice. With a flick of the wrist, the bowl is set to spin in a centrifugal whirl. The dressing is added with flair, gravy boat raised high up overhead, drizzling into a vortex of greens. It’s good fun, finished with a mandatory sprinkle of seasoned Lawry’s salt and pepper. Feel free to follow our example, and wash that Lawry’s salad down with a salad pizza from Jon & Vinny’s up the road.

The McCarthy Salad at the Polo Lounge 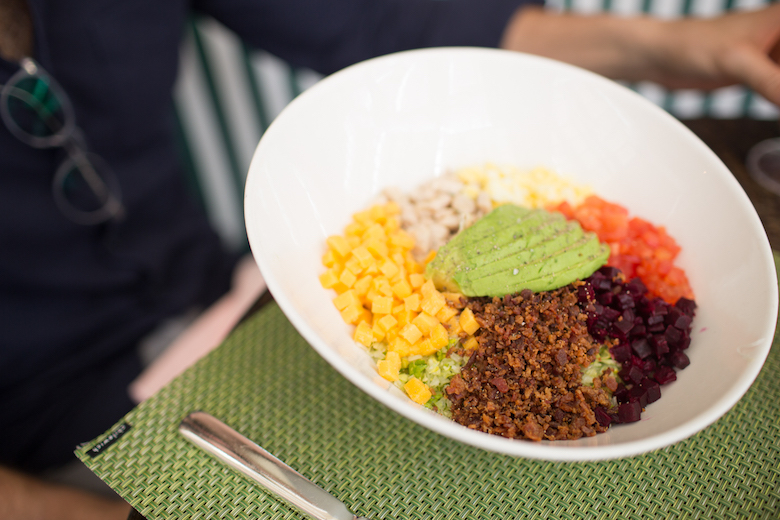 The salad first appeared on the menu in the 1940s as a tribute to a regular customer, an entertainment lawyer and polo player named Neil McCarthy.

Of all the Los Angeles tourist destinations, the Beverly Hills Hotel lives up to the hype. The iconic palm frond wallpaper, the pink and white striped awnings, the Teslas and Bentleys parked out front, it’s everything you want it to be and more. Whether or not you choose to foot the hefty price tag for accomodations, the Beverly Hills Hotel Polo Lounge is open to the public. But don’t come looking for a hot deal here, either—their famous McCarthy salad has a $40 price tag!

The salad first appeared on the menu in the 1940s as a tribute to a regular customer, an entertainment lawyer and polo player named Neil McCarthy. By today’s standards, the ingredients seem basic: Beet, egg, bacon, romaine, chicken, tomato, cheddar cheese and avocado. But, it was the groundbreaking presentation that made history. Remember, in Hollywood, presentation is everything. The ingredients are minced into remarkably uniform bits, presented in neat piles in an extra-deep bowl, leaving extra space to dress and toss your salad to your liking in a thick balsamic vinegar, always served on the side. 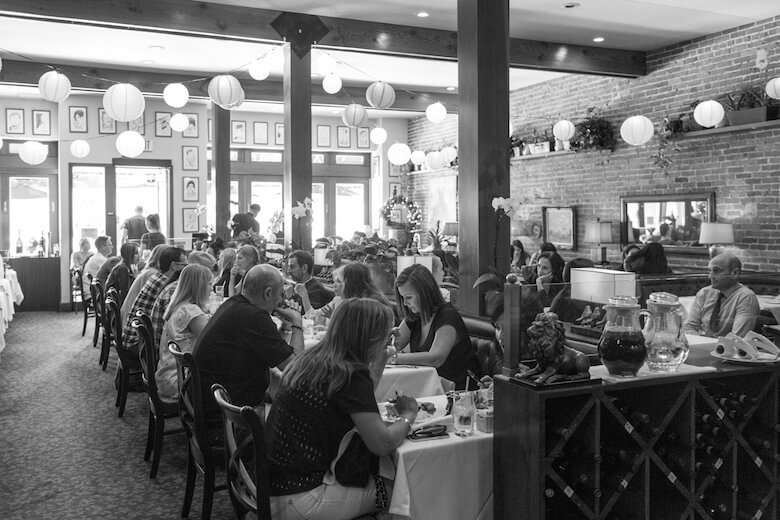 The menu at a place like La Scala doesn’t change, that would defeat the point.

When it comes to beloved chopped salads, all roads lead to the salad at Beverly Hills’s La Scala restaurant. This is a place to see and be seen, and has been since it was first opened by Jean Leon in 1956. The menu at a place like La Scala doesn’t change, that would defeat the point. Devotees count on their ability to order the very same thing over and over again: The Leon chopped salad with tuna, or just the classic mix of lettuce, salami, mozzarella cheese and marinated garbanzo beans. That’s all fine and delicious, but it’s the Leon dressing, always served on the side, that makes this throwback salad surprisingly cravable. The reason why this dish was originally minced to the point of being spoonable? Leon claims to have been doing his well-dressed Hollywood clientele a service, alleviating their stress around eating unruly greens and splattering their fancy clothes. La Scala still serves about 400 chopped salads a day, although the tuxedos and ball gowns are few and far between. 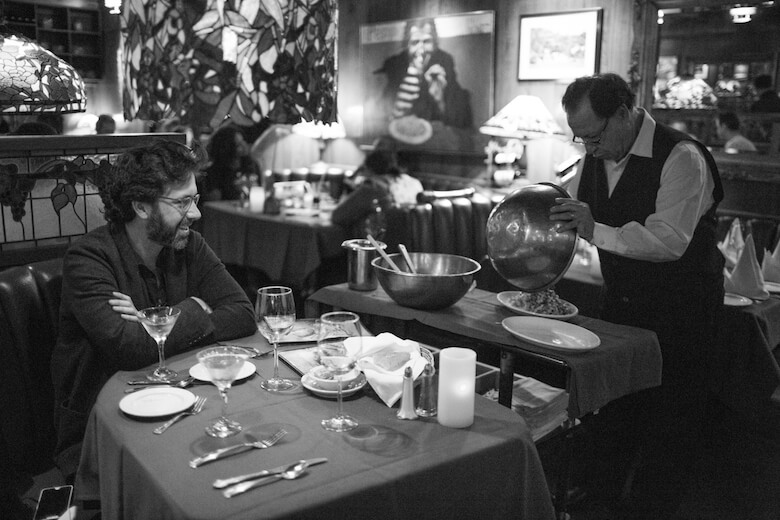 This is the kind of place where the waiters have been working there for longer than I have been alive.

Los Angeles loves a red sauce joint. Red leather upholstery, stained glass lamps, heavy wooden bars and servers with old-world charm. Putting out feelers for just the right dimly lit booth for dinner, we were tipped off to a place called Peppone’s in Brentwood. This is the kind of place where the waiters have been working there for longer than I have been alive. Peppone’s has stayed true to the tableside presentation of salads past, but unlike Lawry’s, this continues to serve as a real neighborhood joint, not a once in a lifetime salad experience. Peppone’s attracts and keeps its regulars, people looking for comfort food, cozy seating and a bartender who knows their name.

The menu is full of chopped salads, but all of them seem to shuffle the same core ingredients in a slight variation. Once again, we were greeted with a cart full of greenery and dressings, the ingredients tossed with flair. We were sad to learn that the tableside Caesar dressing came premade, but apparently, health codes had made it impossible for them to legally handle raw egg in the restaurant dining room. Sad as that was, a big martini and a hefty plate of salad did not disappoint.