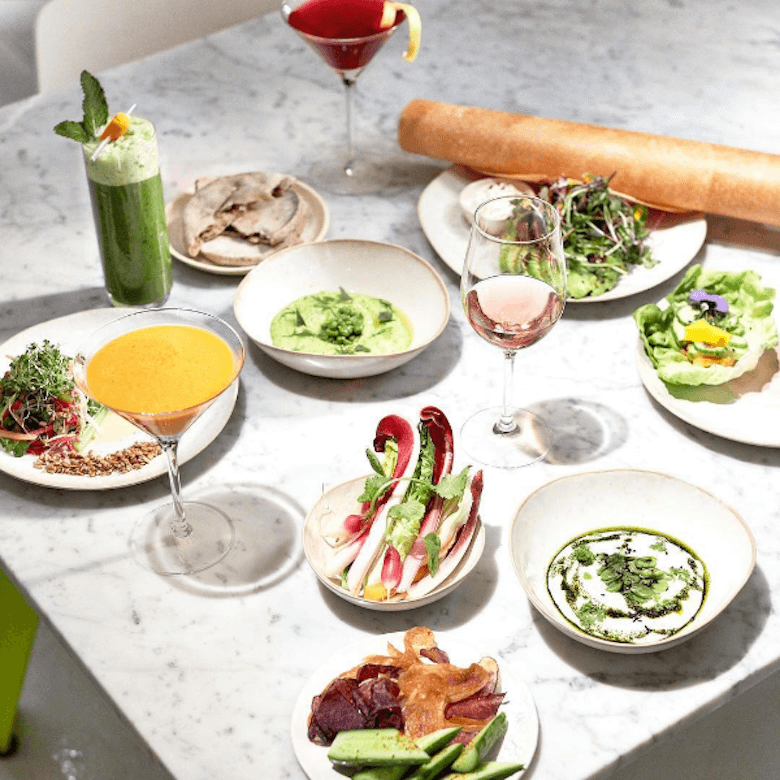 ABCv is one of the restaurants on the Aura Rating app. Photo credit: Facebook/ABCv.

Like many-a-New Yorker, Kristin Zecher was buying her food at farmers markets, but when it came to eating at restaurants she didn’t know “what she was eating or where the food came from.” As someone who values transparency in the food system, Zecher was inspired to create Aura Rating, an app for people like her who “genuinely want to know” about the food they’re eating when they decide to dine out.

Nothing beats fresh baked real deal good bread 👌 can have this all day! Thanks @breadalonebakery for serving lots of our #aurarated restaurants! #aurarating #supportlocalfarmers #supportlocal #locavore #grownyc #jointhemovement

Aura lists restaurants that source their ingredients directly from local farms. In fact, Zecher has established relationships with the farmers in each area that she features so she’s able to personally verify each restaurant’s claim of being “farm-to-table.” When she builds out a new location, her strategy is to start with the local farmers, asking them which restaurants they work with.

Right now, Aura Rating currently lists restaurants in the five boroughs, Long Island and Westchester with Charleston, South Carolina launching soon. They’re also partners with Slow Food NYC, GrowNYC, and Farm to Table Logistics—all lending more credibility to the verification process. Zecher has a long-term goal of opening a 7-day a week indoor farmers market in New York modeled after Florence’s Mercato Centrale (she studied abroad in Florence). For now, she is focused on adding new features and new cities to Aura Rating in the hopes of making eating out a healthier and more sustainable experience for conscientious diners.