Amanda Cohen and Caroline Fidanza on Their Alma Mater: The Natural Gourmet Insitute 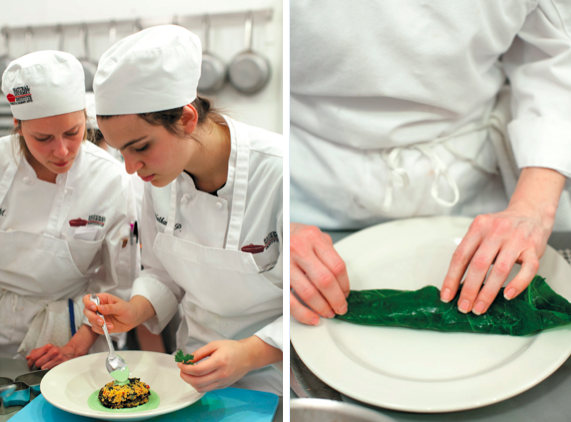 While researching her story on the Natural Gourmet Institute, writer Nancy Matsumoto interviewed Amanda Cohen, chef/owner of the highly lauded Dirt Candy vegetarian restaurant in the East Village (tagline: “Anyone can cook a hamburger, leave the vegetables to the professionals”). Cohen is a 1998 graduate of the NGI Chef’s Training Program, and current board member of the school.  Of NGI’s health-supportive philosophy she says, “it’s pretty ingrained in me.“ Here Chef Cohen explains what makes NGI so special, and where she sees it headed:

The school is small enough so you don’t feel like they’re churning out students all the time, and there’s a focus on students and what they’re learning. Recently I was at a meeting with the administration, talking about [NGI graduates] who have come through the Dirt Candy kitchen in the last five years, and they remembered every single one of them. The same [faculty] are there as when I was there, and they’re very committed to the school… Some of the teachers have come to every restaurant I’ve worked at. You get so nervous and terrified, but they’ve been so supportive.

They’ve always been a part of the farm-to-table movement, but somehow they got lost in the discussion. With Anthony (Fassio) in charge, I think we’re going to see some really brilliant things happening; he’s at the forefront of the movement and has really revitalized the school. I’m incredibly excited to see what’s going to happen.

Chef Caroline Fidanza also sharpened her knife skills at Natural Gourmet and still credits her alma mater with many of the philosophies that shape her plates twenty years later and that helped establish the Brooklyn food scene in Andrew Tarlow’s trailblazing empire. In her words:

After college I was working at a catering company and decided I wanted to go to cooking school but didn’t want to go to a French program. In my uneducated idea, French meant a disciplinarian style, wearing a toque. I really knew very little about it. FCI didn’t have its Italian program yet, and I decided on Natural Gourmet just because it was short, inexpensive and not French.

But I was very pleasantly surprised. [Founder] Annemarie Colbin is amazing — very astute, knowledgeable and scientific. Her theories and teachings show that food can heal you, not just fill you. When your body is in distress, food can get you back in balance.

At that point, I wasn’t thinking about local at all. Natural Gourmet introduced me to the idea. What they teach — macrobiotics — is the original version of eating locally and seasonally, and it had a tremendous influence on me. It’s a Japanese model and eventually I realized its principles can be applicable anywhere, like New York.

At NGI I also learned that cooking can be a meditative and thoughtful act. One teacher talked about washing rice, explaining that one grain equal ten thousand grains, because if you plant one, you’ll eventually harvest one thousand. So there’s an incredible respect for the food: You don’t waste. What you do in the kitchen is a real meditation in itself.

That approach is the antithesis of machoness. It made me realize there is space for other ways for being in a kitchen. The experience really validated that for me. You don’t have to play by those rules or be one of the boys. There are other ways to be.

I’ve hired many cooks over the years, and have always felt the NGI graduates have been among the best hires I’ve made. The school attracts a certain type of student, sympatico in a certain way. They turn out great cooks with similar values.

Speaking of founder Annemarie Colbin, last year she stepped aside for NGI’s new CEO Anthony Fassio, who has already added a certificate program in Sustainable Farming. Such initiatives are the fruit of seeds Colbin planted way back when these photos were taken: 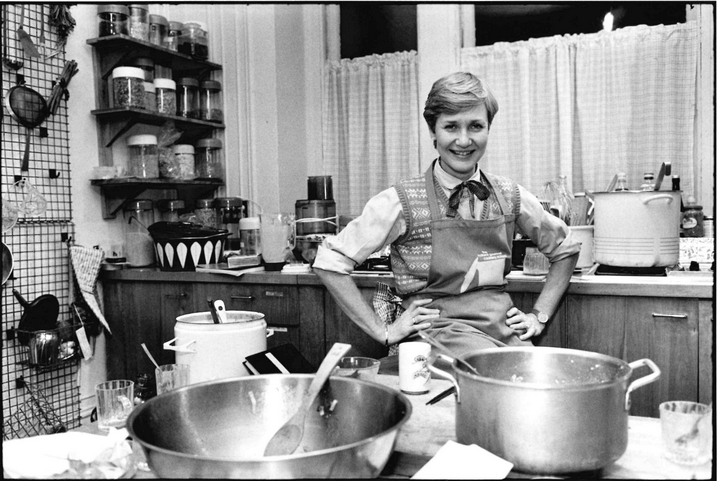 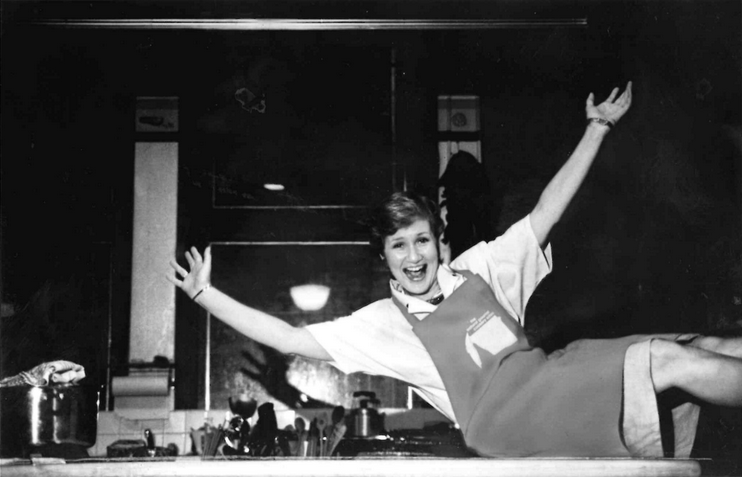