A Guide to Vertical Farming Techniques

If you don’t already, chances are you’ll be eating more produce from indoor farms in the near future. Learn what that means. 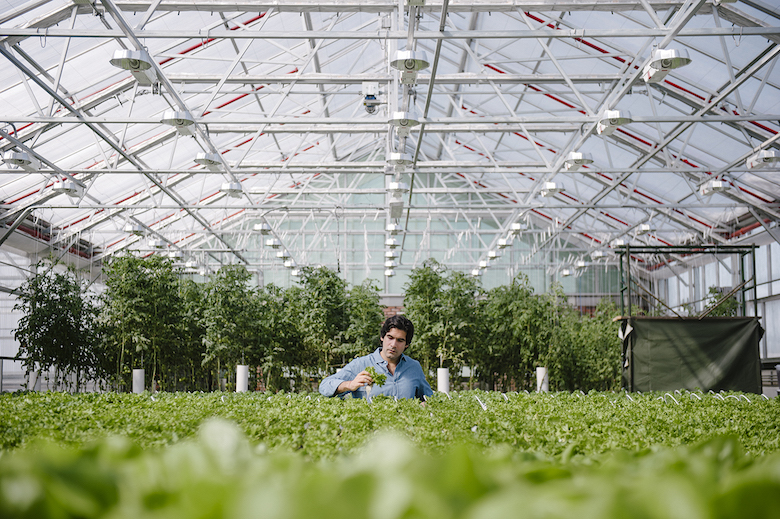 Our ancestors first learned to farm nearly 12,000 years ago. By cultivating and domesticating seeds, these once hunter-gatherers broke away from their nomadic lifestyles, settled down to produce controlled and reliable food sources (weather permitting, of course) and, little did they know, change the course of the planet’s future.

Fast forward to the 20th century when a group of architects started planning to alter food production in their own way. They aimed to decreased dependency on traditional land-based farms and harness spatial efficiency in our dense built environment; think less wide-open spaces with tractors and more structures growing stacked layers of crops. This practice—widely referred to as “indoor” or “vertical farming” (taken from Gilbert Ellis Bailey’s 1915 book of the same name)—is alive and booming today, and especially in the New York metro area.

Columbia University professor emeritus and ecologist Dickson Despommier helped to envision the modern vertical farm and indoor agriculture while teaching a graduate-level course in 1999. His students realized that simply using rooftop gardens would been grossly insufficient to feeding the population of Manhattan so in line with urban agriculture predecessors, he began researching different techniques and structures. Despommier is among several academics and vertical farming thought leaders who see vertical farming today as part of the answer to a range of global problems (many partly caused by agriculture) including climate change and water scarcity.

There are a lot of ways to farm indoors and below are three different soilless processes recommended by Despommier. Done properly at various scales, they’re as effective as at growing crops in skyscrapers as they are in 500 square foot studio apartments: 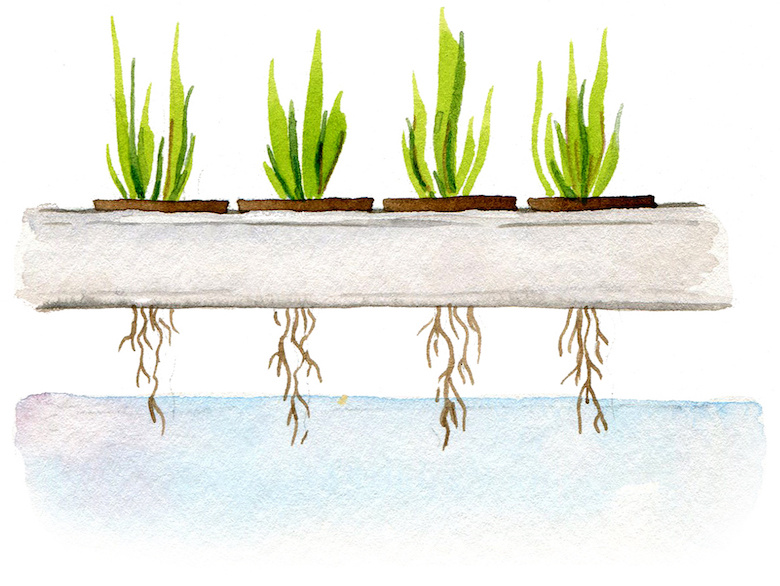 One of the oldest and most common methods of vertical farming, hydroponics includes growing plants without soil and in a water solvent containing mineral nutrients. The simplest hydroponic method (called the floating raft system) suspends the plants in soilless raft like a polystyrene sheet and lets the roots hang to absorb the oxygen-aerated solution. Another common method is the nutrient film technique, which is popular for growing lettuce. Here, a stream of the nutrient-dissolved solution is pumped into an angled channel, typically a plastic pipe, containing the plants. This runs past the plants’ root mat and can then be recirculated for continuous use. New York’s Gotham Greens and Square Roots use hydroponics.

It’s no surprise that NASA has been backing research on aeroponic growth for the past two decades as it’s free-floating-roots aesthetic is typically used in futuristic sci-fi movies. With aeroponics, the dangling roots absorb a fine mist comprised of an atomized version of the nutrient solution sprayed directly onto the roots by a pump. Although aeroponics enables plants to grow much more quickly than hydroponics, it requires more solution and therefore is more costly. Newark’s Aerofarms uses aeroponics. 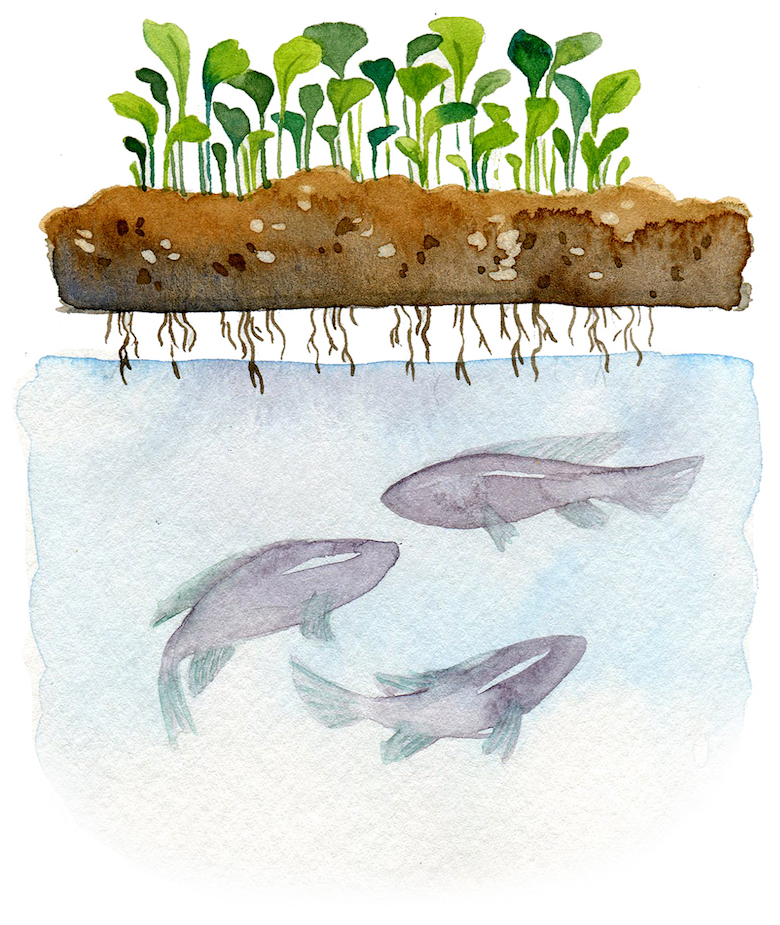 Like hydroponic systems, an aquaponic system contains a soil-free plant bed suspended over a body of water containing nutrients necessary for plant growth. But within the body of water is a population of fish (typically herbivores) that produce waste that function as fertilizer for the plants. In turn, the plants help purify the water to make the water suitable for the fish.

Given that a balance must be achieved to ensure the system of both life forms, aquaponics requires greater attention than hydroponics or aeroponics although filtration and aeration systems can help manage these complications. Furthermore, the types of plants one can grow are much more limited as the necessary plant nutrients must be compatible with those necessary for the fish. Brooklyn’s Edenworks and Oko Farms use aquaponics.