Where to Drink in Murray Hill

It’s not all sports bars. We promise. 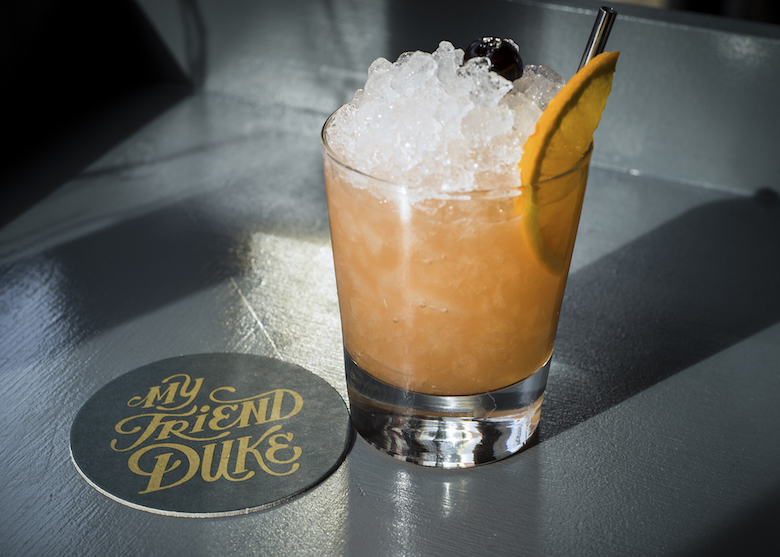 My Friend Duke offers more than one expects from this neighborhood. Photo by Kim Bizenov.

In either case, Murray Hill and the surrounding area is probably not the neighborhood you would most associate with going out. But look again: Believe it or not, there are some spots that offer more than just cheap beer and vodka sodas for the Madras-wearing summer intern crowd. Here are a few bars in the Murray Hill area that don’t suck. Really.

My Friend Duke
383 Third Ave.
The bright and airy two floors of My Friend Duke make it an ideal spot for grabbing an after-work drink before the sun goes down. The cocktail menu is loaded with tiki-inspired drinks as well as classic cocktail spinoffs. Try the Ginger #3, a mezcal cocktail with pineapple, lime, and cayenne, if you’re in the mood to hold onto summer as long as humanly possible.

Middle Branch
154 E. 33rd St.
Middle Branch has been described as a hidden gem, a cocktail bar rare for its kind in the area. As the sister bar to Little Branch in the West Village, this is to be expected. Cocktails are artfully crafted, and regulars like to experiment with the Bartender’s Choice for a custom combination. It’s a nice, intimate spot with good drinks, great for a date – you might just want to steer clear at peak times to avoid the local crowd.

114 Cocktail Bar
114 E. 32nd St.
While everyone else is waiting in line to get into the Broken Shaker at the Freehand Hotel, a short walk uptown offers The Park Avenue Marmara’s own cocktail bar, which opens onto the rooftop in the summer months. The drinks (which are priced on the steep side, typical for a hotel bar) are mainly classic cocktails but with enough variety to suit different palates.

Molly’s Shebeen
287 Third Ave.
For a completely different vibe, consider Molly’s, an old Irish pub that is often compared to McSorley’s down in the village, right down to the sawdust-covered floors. If you’re looking for a no-frills spot in the area (technically more down the way of Gramercy) to hold court late into the night with a reasonably priced Guinness, this is it. Also featured: a full menu of Irish pub food.

Peter Dillon’s Pub
130 E. 40th St. or 2 E. 36th St.
Up closer to Grand Central, there’s another Irish pub—two, in fact, as Peter Dillon’s has locations on 36th and 40th streets. A popular commuter’s and football-watching spot, Peter Dillon’s has a great weekday happy hour for midtown, offering $5 pints, and the menu consists of several macros and a few craft beers for when you’re not married to the Irish stuff. There’s no food served, but you’re free to BYO.