Wassail Crafts an American Cider and Food Movement Without Pretense

The city’s first craft cider bar is helping grow a community across the Northeast. 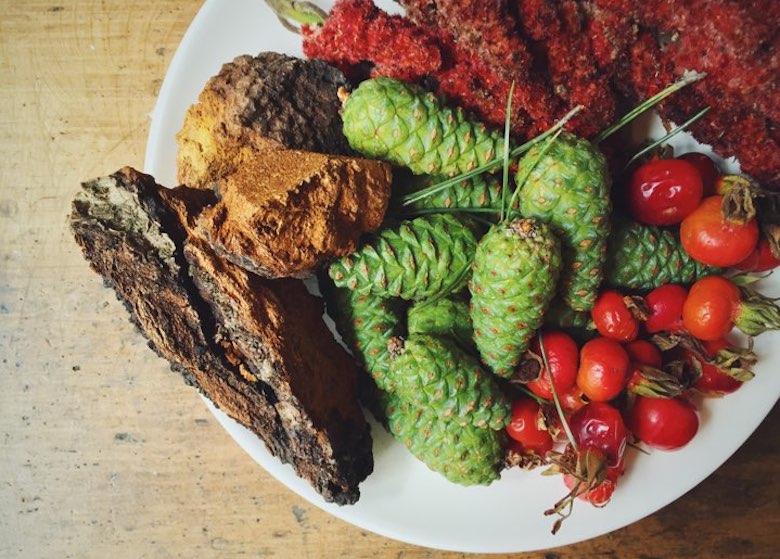 A recent bounty foraged by Wassail’s intrepid team including chaga mushrooms from Vermont, pine cones and sumac from Brooklyn and rose hips from Washington State.

Little did Ben Sandler and Jennifer Lim know when they opened The Queens Kickshaw in 2011 they’d be bringing the “Apple” back to the proverbial “Big” city. Fast forward four years and the launch of their second restaurant Wassail: a craft cider bar and vegetable-centric restaurant on the Lower East Side’s aptly-named Orchard Street.

The husband-and-wife team, this time accompanied by savvy Cider Week NYC producer and our seasoned contributor Sabine Hrechdakian, have gained a following and cider celebrity status worthy of a few stars. Wassail is not only the first gastronomic destination in the city to dedicate itself to righting the reputation of the fallen fruit, it’s also an education hub and supper club for aspiring cider enthusiasts and makers to grow the movement together. Now Wassail is not only bustling but its owners are actively involved in growing the cider community across the Northeast. 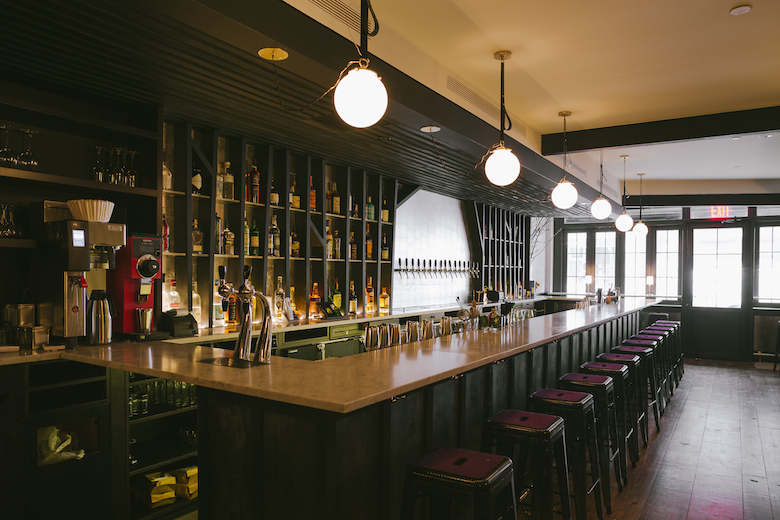 Wassail also serves as an education hub and supper club for aspiring cider enthusiasts and makers.

The Kickshaw duo’s first foray onto the cider scene came when they served three ciders alongside craft beers to customers in Queens. Noticing a 70 percent spike in sales during Cider Week, the restaurateurs started to cultivate connections with New York cider makers courtesy of working farm and not-for-profit Hudson Valley farm hub Glynwood. Their initial goal was to have a dedicated tap-line for cider for the restaurant.

However back in 2011 distribution for local cider was hard, particularly for small producers. Thankfully a combination of factors has since helped to create a resurgence in hard cider making and drinking. Firstly, legal changes including the 2014 amendment to New York State’s liquor laws governing farm cideries helped existing orchards and new farms turn more crops into cash. Secondly renewed interest in local food and farming, arguably this time out of passion rather than subsistence necessity, has prompted those in the city to try and buy local. Finally a growing system of delivery mechanisms and second-hand equipment is helping connect cider makers to consumers. 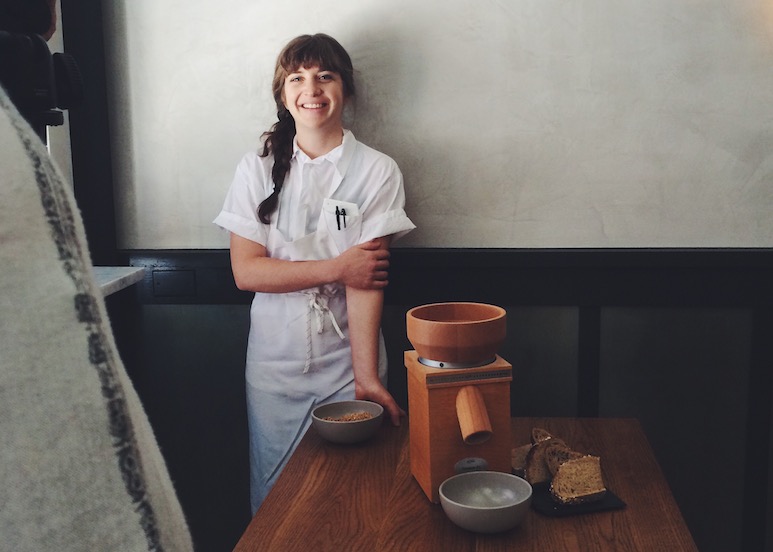 Culinary artisans Joseph Buenconsejo and Rebecca Eichenbaum are at the helm as Wassail’s head chef and pastry chef respectively.

There’s still a long way to go: basic equipment such as kegs remain prohibitively expensive. Cider director Dan Pucci cites one cidery would have to fill each keg five times over to warrant the initial purchasing cost. However with consumer demand potentially analogous to that of craft brews, growth in production, bottling and transportation would drive down those costs over time.

When it comes to existing cideries, expert Pucci works tirelessly as the restaurant’s cider director to source a range of “experiences” — from bottles to draft ciders — to showcase the full range of styles and profiles. In fact cider is so complex, with nearly one hundred ciders already on offer at Wassail, he finds himself having to restrict the offerings sourced from each maker.

Thankfully these cider “sommeliers” are helping to curate a movement without pretense. They jokingly refuse to jump on the “gluten-free” bandwagon for example, citing cider’s naturally gluten-free qualities. For example: “You wouldn’t expect to see a gluten-free label on a bottle of wine — it’s obvious!” says Sandler. Whether bolstered by gluten neutrality or the fact that cider just tastes really good, Wassail’s owners look forward to seeing the cider movement grow. “Our hope is to one day see craft cider bars in every neighborhood, not just the Lower East Side,” says Lim. 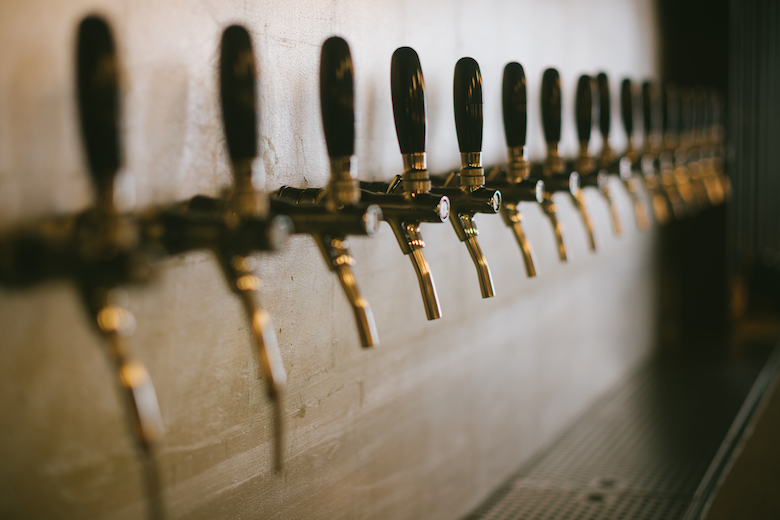 Wassail works tirelessly to source a range of “experiences” — from bottles to draft ciders — to showcase the full range of cider styles and profiles.

Given cider’s popularity in Europe and further afield, the time is ripe for Americans to fall back in love with the craft. Though Wassail sells ciders from regions such as the Spanish Basque Country, English West Country and Northern France, the owners are keen to showcase local first. The bar stocks an ample selection from across the American Northwest and Northeast.

Local and sustainable doesn’t just stop at the apples though. Culinary artisans Joseph Buenconsejo and Rebecca Eichenbaum are at the helm as Wassail’s head chef and pastry chef respectively. Together they create delicate but flavorful vegetable-based pairings to complement the craft beverages and use cider to new effect in the food itself. In addition food trimmings are either used to create new dishes or composted to grow more food. A system that’s literally [from] apples to apples.

There’s another reason for Americans (particularly New Yorkers) to celebrate cider. For all the Biblical symbolism of fruitful unions, the apple is 100 percent pure independence. As individual as they fall; no tree or fruit is the same. With origins in Central Asia, apples were first Introduced to the American continent with the arrival of European settlers in 1607. The new soil and climate quickly led to new varieties of apple, initially too bitter to eat. However to add a resourceful American twist to the tale, the bitter fruit lent itself well to cider making. So the creation of American cider, distinct in fruit and taste to European cider, was in itself one of the first products of local independence. Forget snakes, apples (and Eves) are doing it for themselves.