Afineur harnesses specific microbes to allow more subtle flavors already in the coffee to come to the fore. 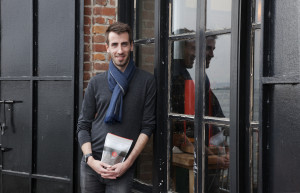 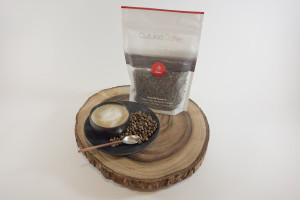 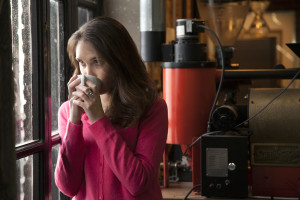 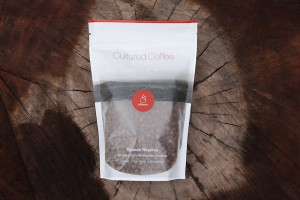 In 2013, Camille Delebecque was working as a biotechnology consultant. He is an expert in microbes and at the time was attempting to harness them to produce new biofuels. When he reconnected with an old high school friend, Sophie Deterre, a food scientist, she had been working with a major liqueur brand to standardize its flavor and with the United States Department of Agriculture to stop a pervasive disease that was decimating the orange crop in Florida.

When the college mates renewed their friendship, they decided to turn their focus to something they both loved: coffee.

Delebecque and Deterre formed Afineur, which uses specific microbes to “chew away” the molecules that create certain flavors, allowing more subtle flavors already in the coffee to come to the fore. Delebecque spent months sourcing, testing and cupping (tasting in coffee-speak) until he got the taste just right. His aim was to lower the bitterness and astringency of coffee, leaving a gentler, smoother result.

The coffee he chose to play with is a peaberry arabica from Guatemala. Peaberry is a smaller coffee bean that allows for more uniform fermentation, according to Delebecque.

Fermentation has been part of the coffee production process since the first cup, but Delebecque introduces it much later in the process to get the result he desires. Coffee is a fruit (called a cherry in fact), and in order to get to the bean at the center (which is actually a seed), he can use heat and time, the dry method, or fermentation and water, in a wet process.

Delebecque’s unique culturing process starts after all this has already taken place, right before roasting. He uses a proprietary mix of microbes to ferment the coffee seeds and then puts them through normal roasting.

“Our understanding of biology is increasing so we’re able to control it more. We used to be scared of microbes since Pasteur when we discovered they were causing disease. But really, we are more microbes than anything else,” said Delebecque.

We tested the product and can vouch that it definitely does not taste like coffee. The finished product is light with a barley flavor and sweetness — bright like tea.

They do their work in Red Hook, Brooklyn, at Pulley Collective, surrounded by other roasters, but they have to charge a lot more than your average cup of jo. At $40 per pound retail price, it’s a niche product to be sure, and Delebecque admits that they’ll most likely be reaching coffee nerds at first, but he insists that it belongs in a daily routine and not a tasting room.

Delebecque has dreams of modeling his business like the cuvée concept in the wine industry (cuvee = producing small, seasonal batches). But right now, he is starting with a Kickstarter and a single batch. The Kickstarter launched July 29 and reached its goal of $15,000 in just six hours. Delebecque said he was “blown away” by the response.

“I think it just really resonates with people: harvesting biology and fermentations to make awesome food,” he said.

Add your support to Afineur’s Kickstarter and learn more here.