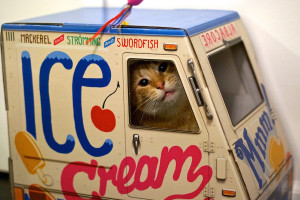 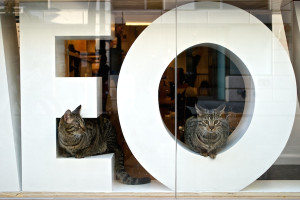 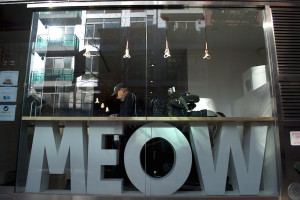 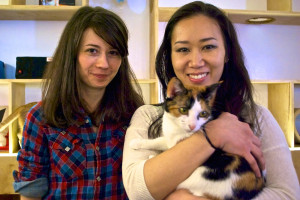 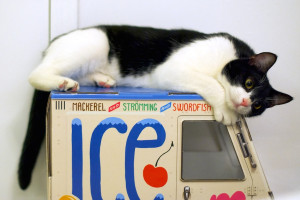 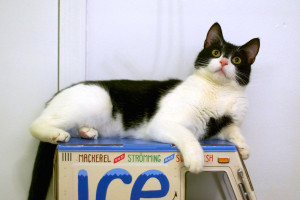 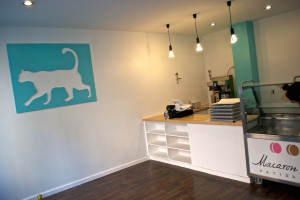 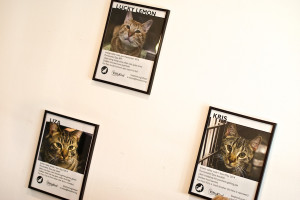 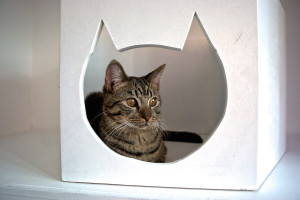 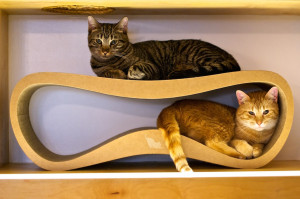 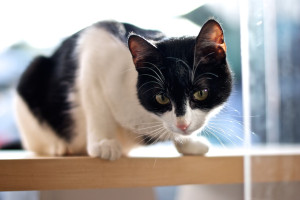 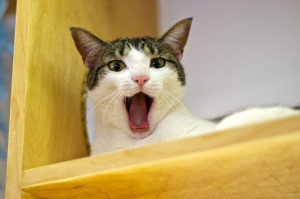 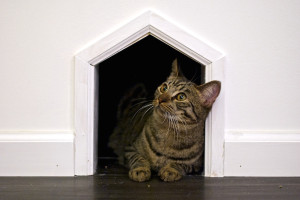 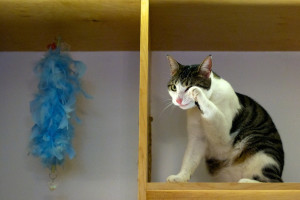 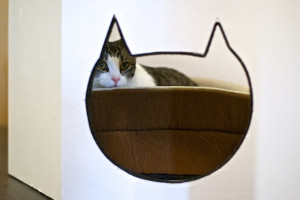 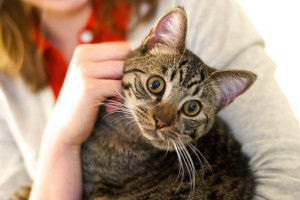 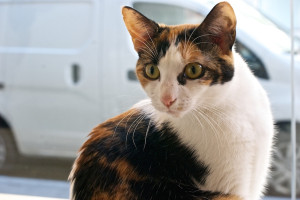 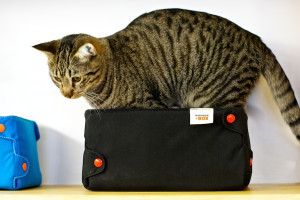 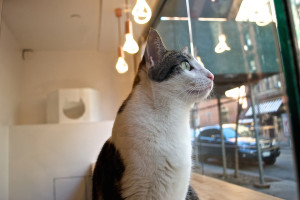 New York City’s first permanent cat café opened yesterday — and no, they aren’t planning to plate your pets. Meow Parlour lets you pay by the half hour to play with, pet and Instagram their cats. Catsick tourists, cat adoption hopefuls and petless cat lovers alike can now enjoy no-strings-attached kitty time in the Lower East Side.

Cat cafés have long been big in Japan and the trend is rapidly spreading across Europe. Purina’s pop-up café boasted six-hour lines, and founders Christina Ha and Emilie Legrand are confident that a New York market exists. Their suspicions have been confirmed by their online reservation system — they’re already booked through the end of January.

The space itself is almost as attractive as the felines who call it home. A floor-to-ceiling window lets the kitties stare outside while lounging on custom-made cat furniture shaped to spell the word “MEOW.” The back wall is covered by an intricate cat-friendly shelving system that allows them to climb, sleep and play while enjoying a bird’s-eye view of their admirers. The cats always have access to a back-room retreat when they get tired of the constant adoration.

For health code reasons, the cat café does not actually serve food. But Meow Parlour customers will soon be able to order delivery from partner bakery Meow Parlour Patisserie. Christina co-founded Macaron Parlour in 2010, and they’ll be offering cat-themed macarons and Blue Bottle coffee. Although you won’t be allowed to feed the cats, they’re taking pains to ensure that none of the baked goods contain ingredients harmful to animals in case the kitties steal your crumbs.

All of the cats are available for adoption through KittyKind, the adoption agency responsible for selecting the cats and replacing the ones that are adopted. KittyKind doesn’t have a sense of how high the turnover rate will be, but they average about 500 adoptions per year. Emilie summed up the bittersweet adoption process: “We will be happy to see them go to forever homes, but we are already really attached to them.”