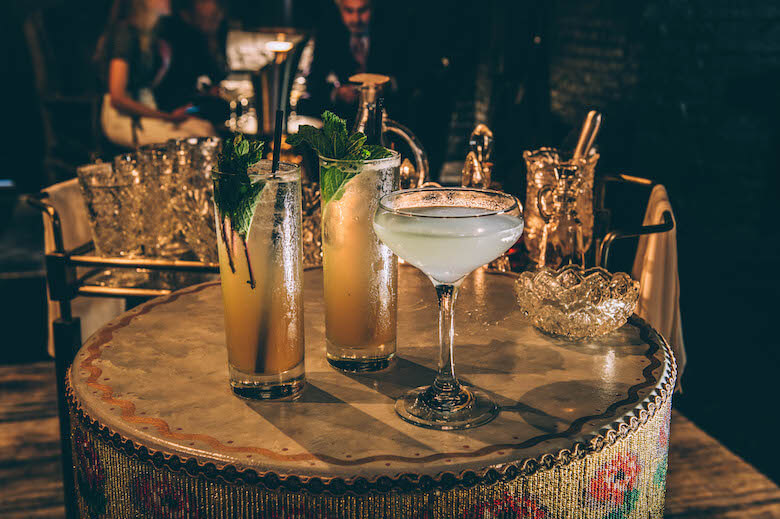 The hidden bar has a sultry vibe.

Garden Bar’s stunning 78-foot foliage-covered terrace might be garnering the most attention as Seaport District’s explosive summer centerpiece, but the hottest new nightlife addition is just out of sight at Mr. Cannon.
Blink and you’ll miss finding the entrance of this exclusive cocktail bar, tucked away down Cannon’s Walk, an alley located next to the new Seaport Food Lab, and marked subtly by an image of a rat and a doorbell. Inside lies a sultry speakeasy with vintage Bohemian accents and a decidedly modern edge.

Cocktails are on the pricier end of the $17 average (it’s near Wall Street, what did you expect?), but prone to slow sipping. For those who want to do it up, Mr. Cannon has its frills: along with cocktails and a premium Champagne list, the bar features a tableside mojito cart ($23) with a choice of Bacardi Superior or Bacardi Oakheart Rum.