VIDEO: How to Choose the Right Glass for Your Beer

Watch and learn how the use of proper glassware can accentuate a beer’s dynamics and elevate the drinking experience.

According to the Good Beer Seal, which will induct a new class of bars at Good Beer on July 31, members are “committed to the presentation, promotion and enjoyment of good craft beer…serving these beers the way brewers have intended, including proper glassware.”

Why is “proper glassware” so important, though? I’ll start with a quote from Marc Maron.

Maron is a neurotic, candid, compelling, cat-hoarding comedian and host of the addictive podcast WTF with Marc Maron. He is also a vinyl addict.

It’s not surprising, then, that the audiophile’s preference is analog not digital. He once said, “Hearing [Van Halen’s debut album] Van Halen on the turntable through the big speakers is a great experience. It’s like you’re hearing it for the first time. I don’t really know how to explain it but there’s a distinction of sound on vinyl that you don’t get from listening to the digital track. That depth of sound is missing from digital. You can really hear the dynamics of the music on vinyl.”

Maron is sober, now nearly for 15 years, but I drink often and confidently declare that, similarly, the use of proper glassware can accentuate a beer’s dynamics and elevate the drinking experience. James Tai, in-house Cicerone (essentially a sommelier for beer) at Urbo NYC (set to open on July 22), agrees: “Beer delights the senses with color, aroma, flavors and tactile nuances. The proper glass can make all the difference in bringing out the best of those qualities.”

We recently visited with Tai and Jimmy Carbone, owner of Jimmy’s No. 43 and organizer of Good Beer Month, for the skinny on selecting glassware in our latest edition of Edible Films. The duo explore four glass types, which are each listed below and accompanied by pairable local beers: 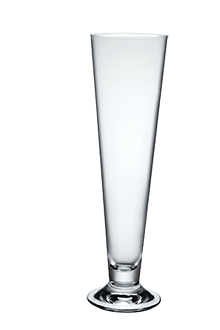 Pilsner Its slender shape efficiently displays and maintains the style’s trademark clarity, effervescence and color, and the straightness enables the hydrostatic pressure to shove the beer into your mouth. The latter feature leads to a bigger, refreshing gulp. It’s the middle of July, so you’re probably clutching one now. Drink: SingleCut 19-33 Queens Lagrrr!, Gun Hill Gold 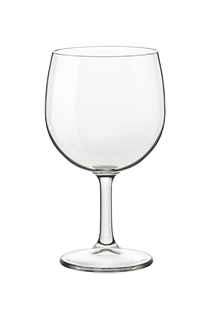 Wine Glass This wide and spacious vessel is ideal for nose-based exploration, so cannonball, nostrils-first, to swim in the aroma. It’s the most versatile of the four, too: Viscous stouts, pungent IPAs and tart gueuzes, for example, are all allowed. Drink: Other Half Hop Showers, Brooklyn Brewery Black Ops, Finback Starchild 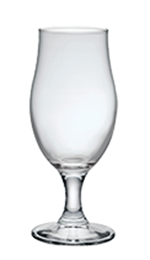 Tulip This bulbous figure is centerly inverted to contain volatiles, with a popped-out lip to support a foamy head. It’s stemmed, enabling easy grabbage and swirlage (and preventing temperature fluctuation). This is my glass for Belgians or Belgian-styles. Though the previous glass is also great, Duvel’s is the prototype. Drink: Transmitter S1 Mahogany Saison, Bronx Belgian Pale Ale 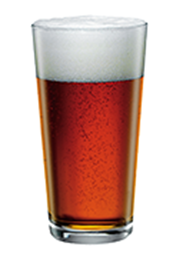