7 New York Breweries to Drink at This Summer, and Why

Go borough-hopping this summer with this line-up of tasting rooms in breweries across the city. 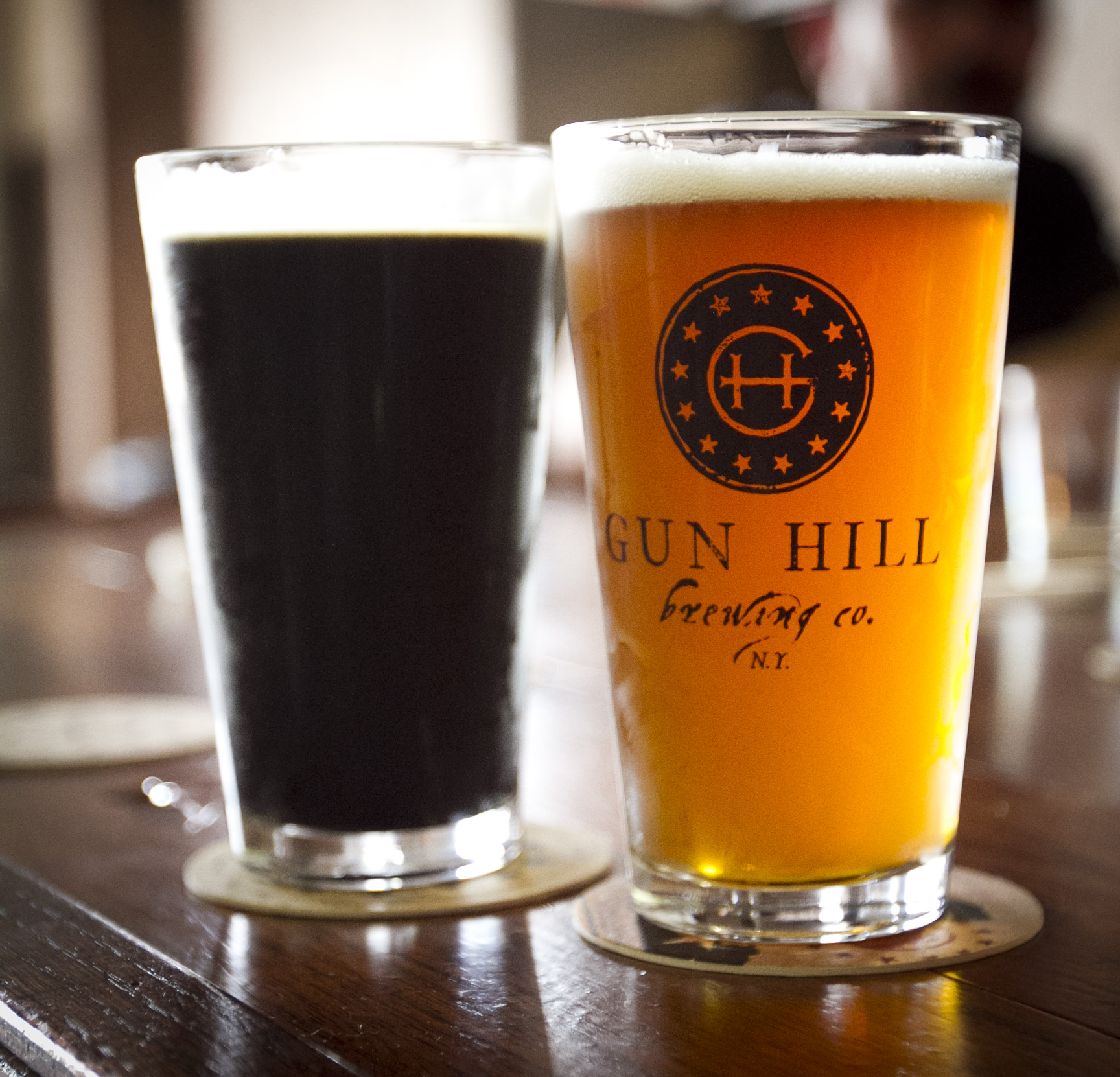 The Bronx is burni… brewing! After a 53-year drought, Gun Hill has revived beer-making in the northernmost borough of New York City — its first since the closure of Rheingold’s facility in Morrisiana in 1961.* Kieran Farrell and Dave Lopez, who both have Bronx-laid roots, own the 5,000-square-foot operation in Williamsbridge while Chris Sheehan, former brewmaster of Chelsea, bosses a 30-barrel brewhouse. Sheehan, a 22-year veteran with six Great American Beer Festival medals, produces a flavorsome lineup of Bronx Bombers: Gun Hill Gold, the brewery’s pilsner-inspired flagship; Gun Hill IPA, which is fruity and nicely balanced; and Thunder Dog, a milky-sweet stout. He’s also stuffing batches of Defrosted Hop Special Ale with self-grown, whole-leaf Cascade hops.

It’s a bird… it’s a plane… it’s a glowing, pulsating spaceship with hops-shooting lasers! Kidding. It’s actually Other Half Brewing in Carroll Gardens, owned by Sam Richardson and Matt Monahan, two former brewers at Greenpoint Beer Works. The duo is zapping palates with out-of-this-world hoppiness and crafting the best IPAs in New York City. Period. This includes Other Half IPA: a West Coast-inspired burst of dankness; the sweet, tropical-fruited Green Diamonds Imperial IPA and Tiny Dancer, which we previously featured in What We’re Drinking, Brooklyn. It continues: the vivacious, single-hopped Citra IPA and Hop Showers — packing a zingy, bitter finish — are also excellent, or extraterrestrial, hop-bombs. 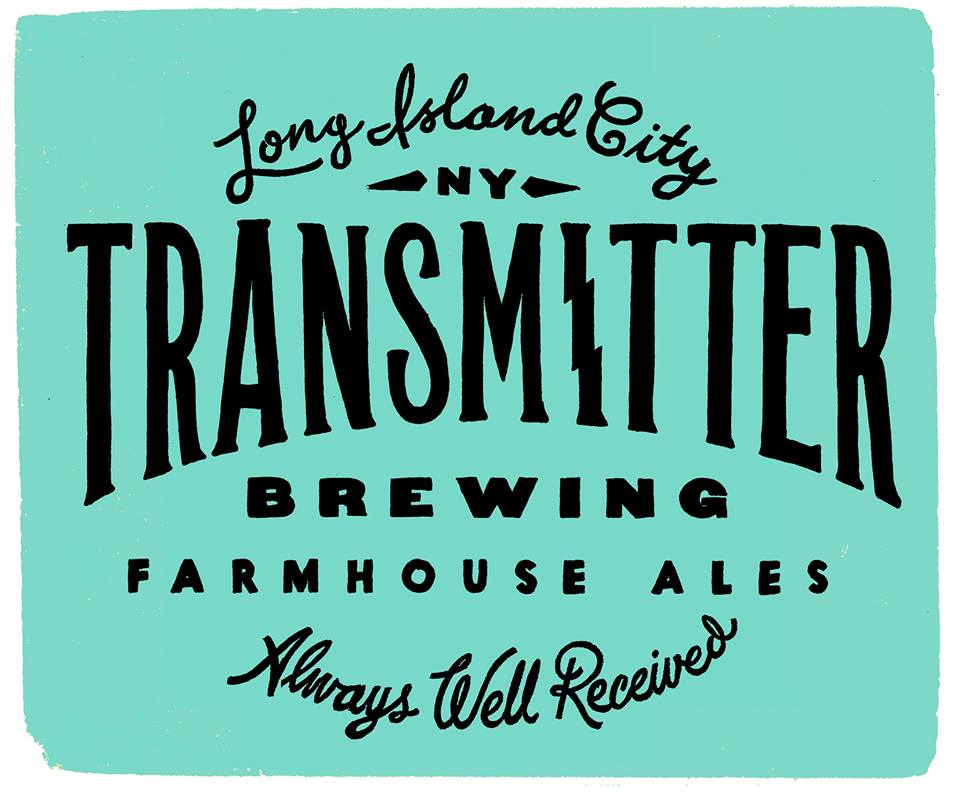 Astoria has the largest brewery in Queens (SingleCut), but Long Island City dominates the borough with quantity; three breweries specifically, which is the most of any neighborhood. The newest that’s joining Rockaway Brewing and Big Alice Brewing, is Transmitter Brewing: a unique 2.5-barrel operation beneath the Pulaski Bridge. Anthony Accardi and Rob Kolb, a pair of Greenpointers (Greenpoint is the home of WNYC Transmitter Park), combine for 25 years of homebrewing (during which they never brewed an IPA). Their forte is French and Belgian-style ales fermented with Brettanomyces: a wild, unpredictable yeast capable of imparting fruity and funky characteristics. Transmitter is experimenting with 25+ different strains of Brettanomyces (primarily cultured by Accardi, even from various fruits) to explore every crevice of fermentation. This includes maturing, or conditioning, beers in bottles and barrels. Funky, child! Similiar to Big Alice, Transmitter offers CSA-style memberships. 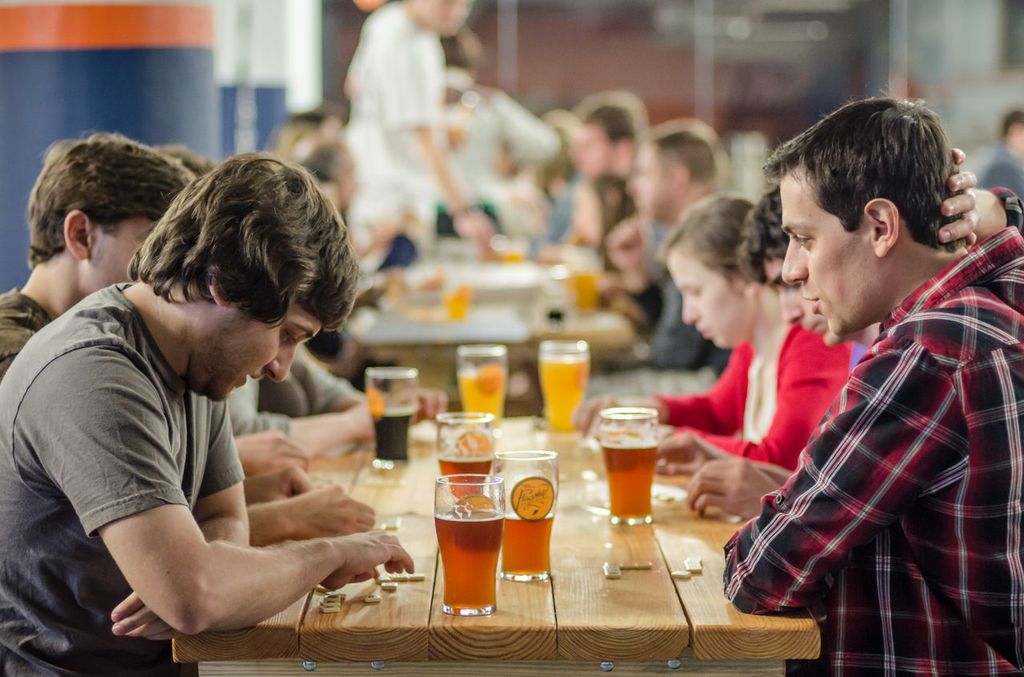 While Brooklyn, the Bronx, Manhattan and Queens bustled with new beermakers during the recent New York City brewery kaboom, Staten Island Island, has generally remained quiet — until now. Opened by a trio of West Brightoners, Flagship is the red-aled stepchild’s first brewery since Arlington’s Old World, which closed in 2003 (prior to Old World, Piels brewed in Stapleton until 1963). James Sykes, Matthew McGinley and John Gordon transformed a 14,000-square-foot building in Tompkinsville, walkable from the Staten Island Ferry (and even more walkable from the Staten Island Railway), and enlisted Patrick Morse (formerly of Eagle Rock, Harpoon and Greenpoint Beer Works) to captain a 15-barrel brewhouse. Flagship has started with three beers that are all approachable: American Wit, which swaps orange peel, a traditional ingredient in a witbier, for Cascade hops; the roasty, coffee-noted Dark Mild, currently the lowest-in-alcohol offering at 4.5% ABV; and APA, a tropicaly pale ale dosed with Mosaic hops. It will release America’s Pastime Ale, brewed exclusively for the Staten Island Yankees, in June. 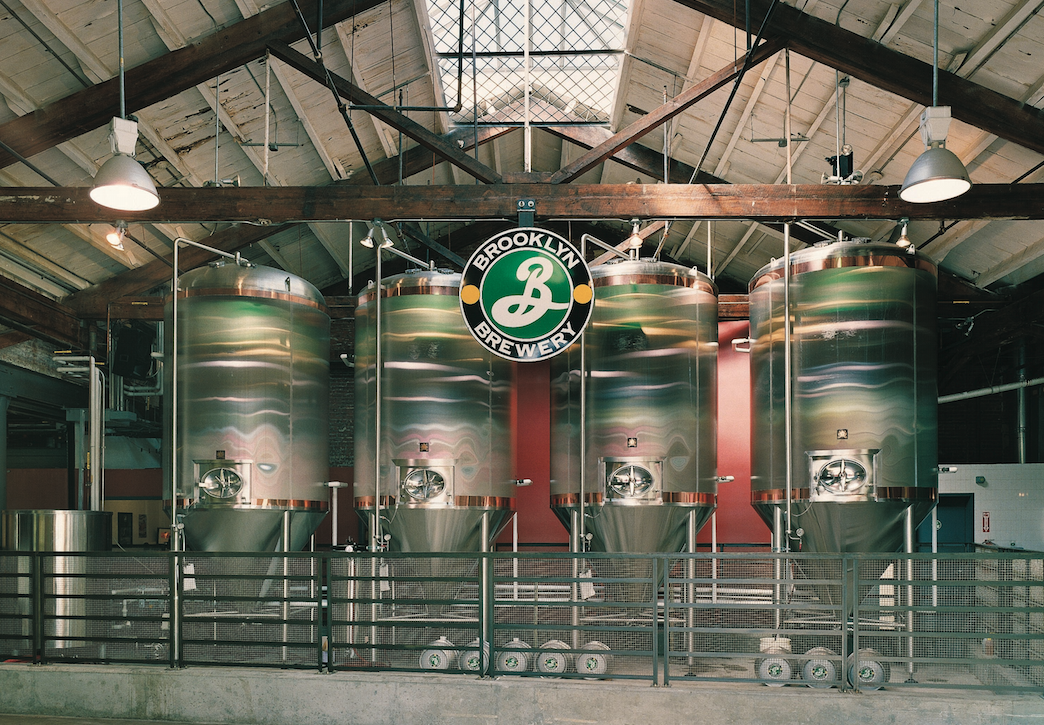 Though Brooklyn Brewery’s Lager and East India Pale Ale were two of my earliest gateways into not-Keystone Light territory, I quickly transitioned to other breweries. This departure was spurred by the newfound variety, but with every lip-puckery lambic and behemoth-hopped IPA consumed, I also became increasingly disappointed by the trailblazer’s seeming unwillingness to create anything with adventure or relevancy. My bummer is now a memory, fortunately, as a mega-expansion has increased annual non-contracted production to 100,000 barrels — only 12,000 barrels were previously made in Williamsburg — and enabled brewmaster Garrett Oliver to inject the portfolio with fun and, once again, influence. Sorachi Ace, for example, is a crisp, lemony saison that has popularized the titular, once-obscure variety of hops from Japan. If you desire further evidence, Brooklyn has a trio of always-inventive series: the draft-only Brewmaster’s Reserve, the tasting room-only Worshipful Company of Brewers, and Brooklyn Quarterly Experiment, which is bottle-only and inspired by the brewery’s ultra-experimental, only-for-sample “ghost bottles.” 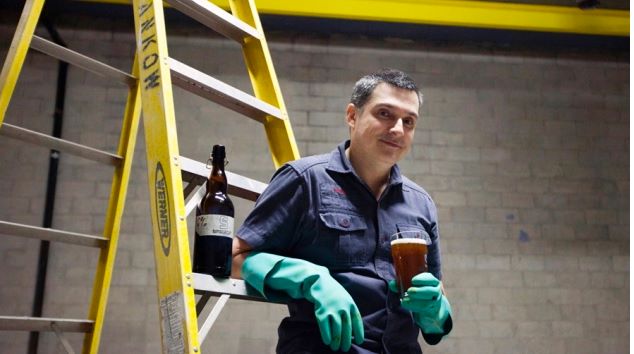 If you assume every American-made lager possesses the appearance and flavor of corn-infused urine, Rich Buceta wants your ear — and your glass. After kaboshing his career in advertising, Buceta brewed at Greenpoint Beer Works before opening a 30-barrel, guitar-inspired brewery in Queens (a “singlecut” has one cutaway, or indentation, and beers are named for iconic axe-grinders). SingleCut has the only set of lagering tanks in New York City, used to exterminate the misconception of a lager. While 19-33 Lagrrr!, “John Michael” Dark Lyric Lagrrr! and “Kim” Sour Hisbiscus Lagrrr! succeed as bottom-fermented vanguards, a trio of Billy Duffy-homaged IPAs — 18-Watt IPA, Half-Stack IPA and Full-Stack IIPA — are the headliners. “Eric” more cowbell! Milk Stout ain’t shabby, either. 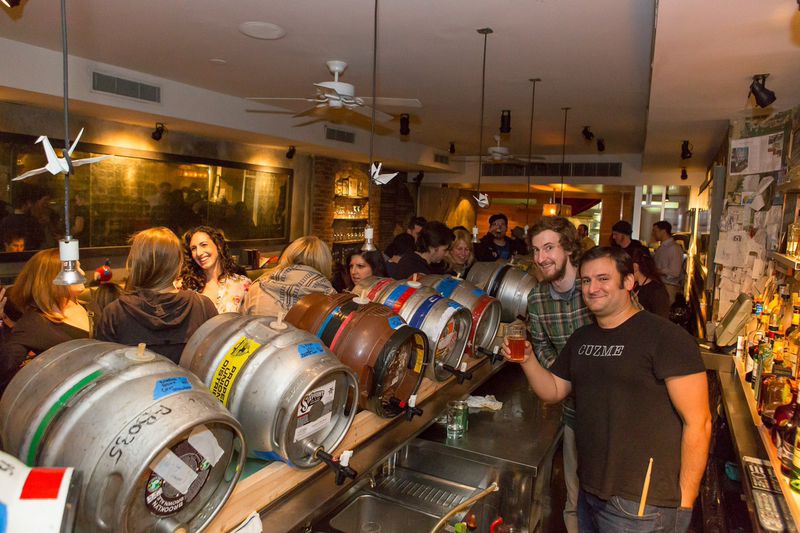 Though scarce in New York City, our brewpubs deserve recognition — especially 508 GastroBrewery in SoHo. Jennifer Lynn Hill added a brewery to her Mediterranean-focused restaurant in 2011, hiring Chris Cuzme to cook quirkified 60-gallon batches in the narrow basement. The six-draft lineup constantly rotates and rarely repeats; for June, there’s Citra Golden Promise SMaSH, the first in a series of single-hop, single-malt beers; Norman, a light-bodied and chocolatey stout; and The Gran Marvin, a sweet and melodious witbier. Cuzme, who plays saxophone with a quartet every Tuesday, or Cuzday (all beers are $5 from 4:00—10:00 p.m.), is also cuckoo for collaborations. The newest from his Brollaboration Series is This Little Piggy Ate Smoked Beef, a smokey pale ale made with Robby Crafton of Big Alice Brewing.