A Pizzaiola Is Born

29-year-old Giorgia Caporuscio’s star is on the rise in the historically male-dominated field of pizza making. 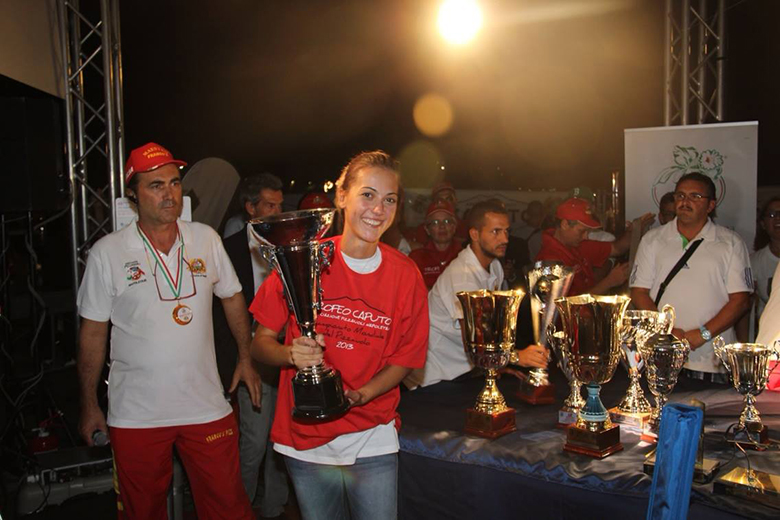 Georgia Caporuscio came to America after high school with dreams of travel and learning English, not to fall in love with pizza making.

In the 1955 Italian film L’oro di Napoli, a young Sophia Loren portrays, unofficially, a pizzaiola, a wayward wife selling pizzas on the streets of Naples. The conflation, also unofficial, between a pizzaiola and an unruly woman is hard to ignore since pizzaioli (master pizza makers) have historically been men. Twenty-nine-year-old Giorgia Caporuscio wants to change that.

Born between Naples and Rome, the only child of legendary pizzaiolo and restaurateur Roberto Caporuscio (Kesté Vino & Pizza, Don Antonio), Georgia Caporuscio came to America after high school with dreams of travel and learning English, not to fall in love with pizza making. But the latter happened by happenstance while working in her father’s flagship NYC establishment, Kesté Pizza & Vino on Bleecker Street, helping with operations and making hundreds of pizzas every day.

“I don’t do yoga,” Georgia Caporuscio says. “I do pizza to relax myself—that is why I fall in love, I think; the simplicity of the dough and the unique product you can make when you make pizza.”

In 2012, at the age of 22, she became the youngest woman to ever win the prestigious Caputo Cup Pizza Competition in Naples.

“At that point in my career,” she says, “I feel like I am really professional and can be considered a pizzaiola.” 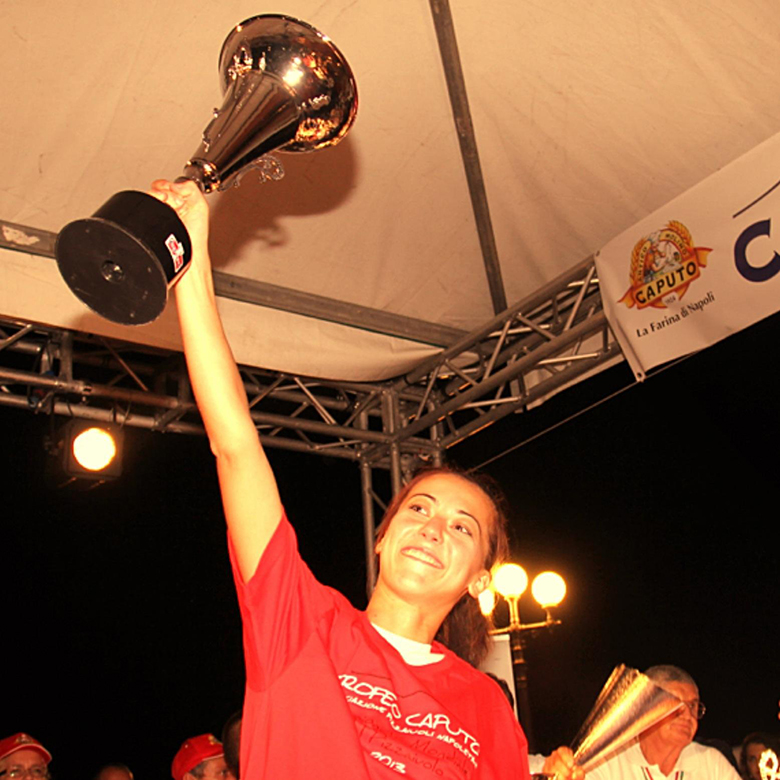 In 2012, at the age of 22, Georgia Caporuscio became the youngest woman to ever win the prestigious Caputo Cup Pizza Competition in Naples.

With her pizza-making bona fides in place and her desire for travel still intact, Caporuscio took her expertise on the road, helping fledgling restaurateurs learn the art of Neopolitan pizza making. While stationed at an extended consulting gig in Atlanta in 2014, Zagat included her in the city’s inaugural “Top 30 under 30” list highlighting up-and-coming stars in the food industry. The next three years involved efforts training and consulting and opening pizzerias in Florida, Mississippi and Canada, respectively.

With her wanderlust placated by a passion for teaching Italian culture through traditional pizza making, Caporuscio returned to New York to help her father open and operate Kesté Pizza & Vino on Gold Street (known as Kesté Fulton) in the Financial District, where the enormous auspices, designed like a Neopolitan bottega from the 15th century, can accommodate up to 200 people and feature a spacious Pizza Academy where classes—most frequently conducted by Georgia Caporuscio—are held every day for professionals, hobbyists and children with an emphasis on not only Neopolitan pizza but different styles throughout Italy as well.

And it was through her high-profile position at Kesté Fulton where Caporuscio became acutely aware of a gender-oriented bias regarding her status as an instructor and head pizza maker.

“If I took a picture of all the guys who learn that I am the pizzaiola, that I am the boss, and look at me like I’m an alien, I could fill all of the restaurants with the photos.” 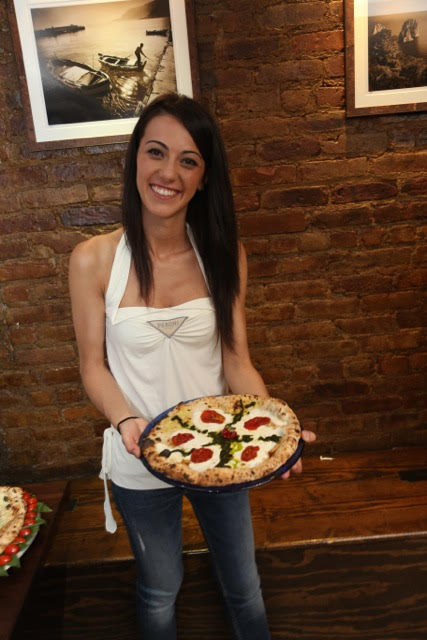 “If I took a picture of all the guys who learn that I am the pizzaiola, that I am the boss, and look at me like I’m an alien, I could fill all of the restaurants with the photos.”

The misperception may be informed, in part, by Caporuscio’s age and appearance. A common image of Italian women in American kitchens is that of nonnas, the sturdy “old stove” with flour-dusted arms, furrowed faces and thick legs from laboring over bubbling pots at home all day.

But the young Caporuscio, stylish and slender, her dark features complemented by the effusive energy of fresh-poured Prosecco, projects the aura of an Italian actress on screen not an immigrant grandmother in the kitchen. The incongruity created problems in her career that she recognized as not exclusive.

“I work in the industry for many years, and I was the only woman who work with all men. And for me, it was really hard, so I know what it is like for other women also.”

And the idea of bringing more awareness of women in pizza making became a reality for Caporuscio as a founding member of Women in Pizza, a movement dedicated to the stories of women in the pizza industry in efforts to connect and inspire.

Beyond the cultural significance, the presence of more women in pizza kitchens, according to Caporuscio, would also be a natural adaptation.

“Most Neopolitan pizza is made by hands, and the sensitive hands of women have more control over their power. Men typically smash; Neopolitan pizza has soft dough, long fermentation. We don’t smash our pizza a lot, and that is why women make it better.”