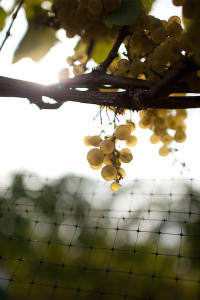 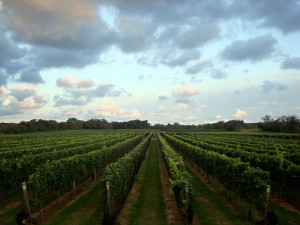 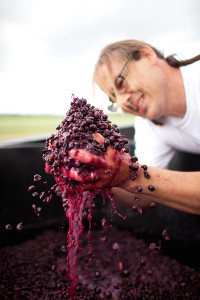 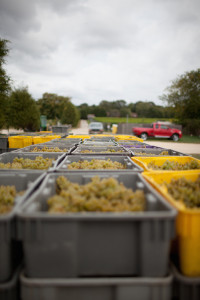 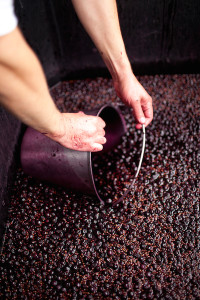 These are giddy days for lovers of Long Island wine. Four decades after the first vines were planted on the East End in 1973, Manhattan residents have fallen for the wine region just 100 miles from our doors, and Long Island bottles have found a following everywhere from the one-room locavore downtown restaurants to Tom Colicchio’s Craft for which Lieb Cellars in Mattituck makes the house sparkling wine.

“More and more people ask for Long Island wines by name,” says Trent Preszler, CEO of Bedell Cellars. This is the kind of information that produces giddiness.

Forty years ago, Long Island wine started with a bang with Hargrave Vineyard, whose maiden bottles quickly found their way into big Manhattan shops like Sherry-Lehmann and Wines by Morrell and onto the list of the Four Seasons restaurant. “As soon as we had wine, it sold,” says Louisa Thomas Hargrave, who founded the winery with her then-husband Alex. “Right away we had a hotshot distributor.” The distributor’s girlfriend at the time was proto-locavore Rozanne Gold, Mayor Ed Koch’s chef, and the wine landed on his table.

But the ’80s weren’t easy for her, says Hargrave, citing competition from California and its cult cabernets, plus a new wave of Italian wines hitting the city’s shores. Julian Niccolini of the Four Seasons says Long Island wine sales started to drop in his restaurant because they weren’t expensive enough for the go-go ’80s.

Still, Long Island wine country was growing. Kareem Massoud of Paumanok in Aquebogue says his family’s wines have been on the shelves of prestigious wine shops and the lists of top-notch restaurants since their wine debuted at Sherry-Lehmann in 1990. In that decade, Paumanok wine was sold by the glass at famous restaurants like L’Espinasse, La Caravelle, La Côte Basque and Chanterelle, in part because the Long Island style of low alcohol and high acidity was a natural with French food.

“But it certainly has grown in the last five years,” says Massoud, the winemaker. “And there’s greater market acceptance than ever before.” Today Paumanok is poured at Gramercy Tavern, Asiate in the Mandarin Oriental Hotel, and Daniel, multi-starred restaurants that have long been supporters of Long Island wine.

Then Long Island was blessed with a string of good vintages in 2000, 2001 and 2002—which are all proving that the region’s wine can age.

With that as a base, Preszler credits the eat-local movement with the past five-year’s growth. Growth that got serious in 2005—when the word “locavore” was coined—and when new wine boutiques like Appellation, Crush and Bottle Rocket started to really change the way Manhattanites bought wine. These shops hand-sell small production bottlings and are more open to finding space on their shelves than larger stores that rely on big producers with recognizable names.

But 2005 was also a pivotal vintage. It was a super hot growing season, which allowed the grapes to really ripen, and vintners announced that their reds, which would mostly be released a few years down the line, would be the best vintage of our young century. Meanwhile, wineries had conquered a tenacious, funky yeast, brettanomyces, and widely settled on the practice of pruning vines so clusters would catch more sunlight and benefit from airflow, yielding cleaner, riper grapes and, thus, better wine. And while many will tell you truthfully there was always good wine on Long Island, these evolutions affected the market.

At the time, sales at the cellar doors were great. Tasting rooms were full on weekends, and wineries were hiring event managers to handle the brides wanting to say their vows amid the vines. But there was still that one market to win over, the biggest in the world: New York City. Because, well, if you can make it there….

Preszler, who has been studying Long Island wine sales in New York for a decade (his Cornell University master’s thesis is titled “Marketing New York Wine in New York City”), underscores the effects of locavorism: he says initially chefs wanted local ingredients but it took some time before they brought the movement to the wine list. He says chefs were invited to wine country and soon came back with their staffs. “I see a huge increase in the attention paid to Long Island wines,” he says. “Not only has the quality of wines improved but so has our distribution‚ and it is all happening in sync with growing consumer demand.”

That demand is very much on the radar of Valerie Corbin, who as a wine buyer for Astor Wines & Spirits is tasked with focusing on New York wine. She says it’s fueled in part by the fact that many young wine drinkers have made it out to the tasting rooms, and says the selection diversity allows consumers many points of entry. “There’s a large range of price and a lot of different styles,” she says. “That’s encouraging to customers, because we can offer an intro-level wine and as they gain a better appreciation, they move up in quality and price.”

There still is a way to go. But as Anthony Nappa, who arrived in 2007 as the winemaker at Shinn and now makes his own label and runs a Peconic shop/tasting room called the Winemaker Studio, says, “Selling wine is always hard, but more and more buyers are open to local wines and are more and more accepting of what we’re doing out here.”

Michael Gitter, a partner in First Press Public Relations, is working to raise New York wine’s profile using state grant money secured by the New York Wine and Grape Foundation. His efforts include New York Drinks New York, a promotion featuring partnerships with restaurants and retailers. A March 18 grand tasting at the Astor Center, tickets, $35, include tastings of 41 wineries from the Finger Lakes, Long Island, Hudson River Valley, Niagara Escarpment and Lake Erie. Gitter has also arranged for sommeliers, wine writers and wine buyers to visit local vineyards and take part in the harvest. “One of the advantages of proximity,” he says, “is that we can hand-sell. People don’t just want to know what’s in the bottle; they want to know what’s behind the bottle.”

And that’s 40 years of persistence and innovation, of standing in the rain to prune vines, investing in equipment and living at the winery during harvest. It’s about believing in something so much that you’re willing to reach out to one person at a time; like Gitter, who admits he didn’t know much about New York wine when he started the job. “On a personal level, it’s inspiring the number of great wines I’ve been exposed to,” he says. “Now my wine fridge is about 50 percent New York wine.”