Sausage-Maker Scott Bridi Found the Cure for the Common Career

Growing up in an Italian family in Bensonhurst, Brooklyn, he always felt “the spirit of charcuterie.” But eight years ago he was working at a desk job in publishing. 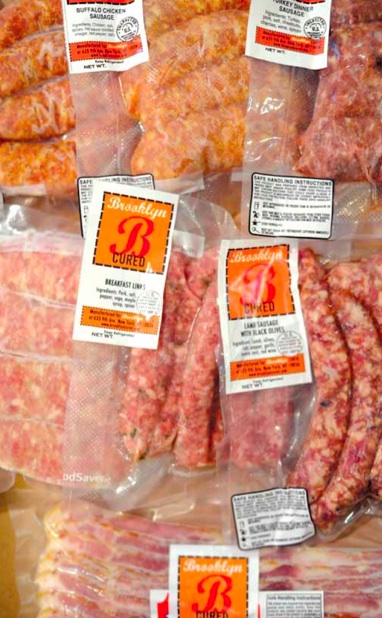 Growing up in an Italian family in Bensonhurst, Brooklyn, Scott Bridi always felt “the spirit of charcuterie.” But eight years ago he was working a desk job in publishing.

“It wasn’t exactly fulfilling,” he recalls, so he quit to find a career in food, despite zero experience. Starting from a nonpaying job in the Lower East Side kitchens of ’inoteca, he worked his way up to sous-chef, then scored a gig at Gramercy Tavern. Two years later, when the restaurant started its in-house butchery program, Bridi volunteered for sausage duty.

“We didn’t really know what we were doing,” he says modestly of their first few attempts, but if the glowing reviews for Gramercy’s succulent brats, spicy merguez and house-smoked bacon are any indication, the crew learned fast.  For Bridi, it was an epiphany: “Every chef is naturally given to some activity.” Until that moment, “I hadn’t really found mine.”

Now he has: Bridi launched his own charcuterie line last year: selling delectable sausages, smoked pork rillettes and country pâtés sold under the brand Brooklyn Cured, despite the fact that he makes everything in Hell’s Kitchen, at Piccinini Bros., an 89-year-old butcher shop. (They’re hoping to start a sausage program, so Bridi is swapping expertise for working space.)

Bridi transforms local meats into impressive offerings: chicken and garlic sausages as full of flavor as a roast bird; slender links of lamb and black olive that conjure up the Mediterranean; rustic pâtés that melt in your mouth the way only pork fat can. He sells through basisfoods.com and outdoor markets like New Amsterdam.

In addition to fantastic fresh sausages (as well as pickles, “because that’s what you want to eat with sausage,”) he’s got plans for aged and dry-cured products in the near future.