Portugal is small enough to cross in four hours (granted, I drive fast), so land and sea join in dishes like pork and clams. 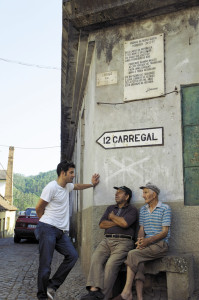 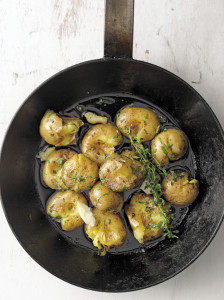 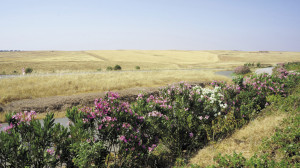 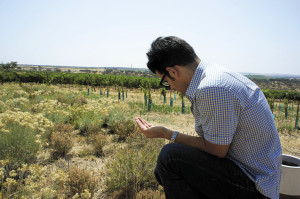 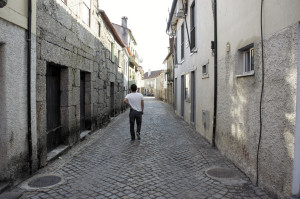 My parents, Alexandre and Fernanda, were born and raised in Ferreirós do Dão, a small village four hours north of Lisbon. For generations, their families lived and worked in the lush hillsides that flank the río Dão. A breathtaking stone bridge spans the water, and little more than a church and soccer field line the main lane. In the surrounding woods, it’s a food lover’s fantasy of olive, fig and eucalyptus trees. Each time I’ve returned as an adult, I’m struck by the beauty of the land and the quality of the fruits, vegetables, pigs, chickens and goats grown and raised on it.

But despite the rich natural resources, the job prospects had been bleak for my parents and life had been hard. It wasn’t difficult for them to accept my Aunt Natalia’s invitation to join her in America. They brought with them a deep knowledge of the dishes they grew up eating and plans to keep grilling sardines and roasting suckling pig in Danbury, Connecticut, where their extended family and other villagers had immigrated en masse.

I was born into a tight-knit Portuguese-American community. My aunt’s restaurant was a hub for all the factory workers, my parents included, who refueled after long days on her killer bitoque steak with fried eggs. On weekends and saints’ days, we all gathered at the Portuguese Club for the live band, dancing and, of course, the food. Huge stockpots of caldo verde, the iconic collard green soup, and giant pans of pork and clams, a hearty marriage of farmland and ocean, fed the kids between foosball games and the grown-ups between rounds of beer.

Sometimes, I followed my mom into that commercial kitchen. On the burners, potatoes fried in olive oil until they got really brown and crisp, making the air heavy and the floor slippery. I remember being amazed by the drama of it all and attracted to the intensity of the fierce heat. But those meals didn’t make me a chef. Honestly, I didn’t fully appreciate how unique my childhood food experiences were until I began cooking professionally.

I didn’t know that other people’s uncles don’t cure their own chouriço and linguiça in the garage. Or that other kids didn’t get to stomp on grapes — barefoot and in their underwear — to make wine. I assumed everyone grew extensive vegetable and herb gardens along their driveways and that trips to the Long Island Sound were meant for collecting briny mussels. My parents, aunts and uncles — strong cooks all — learned how to do those things on their farm back in Ferreirós do Dão and they just kept doing them when they got to Connecticut.

I didn’t cook growing up, but I experienced firsthand the importance of respecting ingredients and of treating them simply to make them really satisfying. More than anything, I learned what good food is.

Reprinted with permission from My Portugal by George Mendes (Abrams, Fall 2014).