If you live in the West Village and acquire your whisky locally, you’ve probably seen the single-malt called Brenne on the shelves of Sea Grapes or Joseph Leonard. If you’ve sipped it neat at Tertulia, or in a cocktail at Tremont, you already know how easily it goes down. Created by a West Village ex-ballerina named Allison Patel, Brenne is truly unlike anything classified as a single-malt whisky. 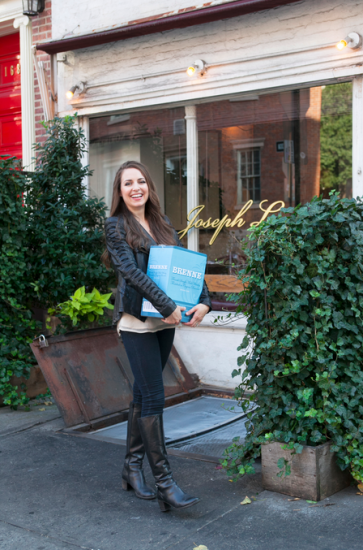 Whisky, s’il vous plait. Allison Patel wanted to create a single-malt that was more pretty than peaty. So she set out not to the Speyside or Highland regions of Scotland but instead to Cognac, France.

“I find that overall Brenne is a very unique expression of a single-malt style,” says Billy Tremont, who — at the hotspot bearing his name — pairs Brenne with roasted duck and fig relish or small plates of beets, apples and pistachios dressed with cider and sage. “It’s approachable [by] the novice whisky drinker and is sophisticated enough to appeal to the most seasoned whisky drinkers.”

Indeed if the single-malt Ardbeg is the creepy/sexy Anthony Hopkins of whiskies, Brenne bears charms on par with a keyhole peek at Brigitte Bardot in velveteen knickers serenading a marmalade kitten.

Brenne was born when Allison set out to better understand her husband, Nital’s, infatuation with single-malt whiskies. Nital, a partner at a brand-consulting firm, had a love of single-malt whiskies and in his globe-spanning travels for meetings, would return with a bounty of brown spirits obtained on impulse at duty free. As Allison sipped, she could appreciate the conjured images of rollicking barley fields and peat bogs, but often felt the fire at the forefront concealed the subtle fruit and spices underneath. What of those hidden flavors? How could one sift through the ashes and experience them?

Her breakthrough came unexpectedly when a Suntory Yamazaki 18 captured her heart with its pronounced autumn fruits, cinnamon and raisins — and none of the decomposing moss, musk and firewater flavors — rendering her reluctant to share her glass with her husband. The Yamazaki lit the match in Allison’s mind, making her wonder, why this one? What was the distillation process? Did the shape of the still change everything? And, in discovering such satisfaction in a dram all the way from Japan, why weren’t more whiskies made outside Scotland and Ireland?

Allison didn’t know where to start, but she knew what she wanted to do: bring beautiful, unusual single-malts that didn’t taste like scotch to her homeland. It would taste of the earth where the barley was grown and incite conversation of terroir. If it could be aged in wood casks indigenous to the region, her mission would be complete.

With her husband promising to help with everything from bottle design to branding, Allison delved into the world of whisky geekdom and began her search for a distiller who could create the cornucopia of flavors she dreamed of. At a party, she got a tip from a movie producer from Tokyo who had such a passion for world whiskies he kept a separate apartment just for them. A miles-long paper trail of connections and contacts led Allison to a humble farmer in the Cognac region of France, making whisky from his own barley for friends and family. Allison received a sample of a three-year-old whisky and knew she had the beginnings of something amazing.

When Allison flew to France to meet the Frenchman she learned he wanted no part beyond the farming and distilling — Allison could oversee barrel management and perfect it to her palate’s content. It was just what she wanted.

“When I was there,” she recalls, “I realized the distiller was making this whisky exactly the way I was hoping someone in the world would be. It was from seed to spirit and as French as you could get. It sprouted from the two types of organic barley grown in Cognac, where they’re known for their soil and microclimate, both of which affect the barley and contributes to Brenne’s floral notes.”

Because the new Limousin oak casks caught many of the flavors of vanilla, clove, cinnamon and nutmeg, Allison chose to emphasize the fruit flavors that many single-malts silence with smoke by moving her spirit into Cognac barrels indigenous to the region.

“It took two years of aging, tasting and waiting from the time we started shifting the whisky into the ex-Cognac casks. In tastings, many people liken Brenne to the offspring of an unpeated single-malt and a really elegant Cognac.” 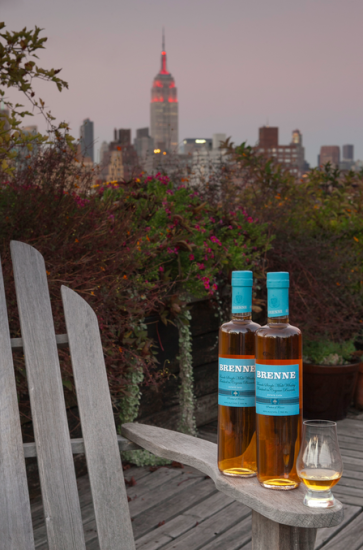 While she was self-distributing her first bottles, the West Village’s neighborhoody embrace was instrumental to the spirit’s success. Cristiano Andrade of Sea Grapes watched the Patels go from being longtime customers to placing their own product on the shelves.

“When Allison told me she was making this completely unique French whisky, as soon as she launched I was on board,” remembers Cristiano. “She was so wildly passionate about Brenne and wanted to do tastings right away. When we did, everyone freaked out and was hooked right off the bat. Even those who said they would buy it later actually came back because they couldn’t stop thinking about it. So many products come through that can really stick but Brenne hit it out of the park.”