This Start-up’s Cocktail-Ready Juices Are Raising the Bar

You might assume your hardworking barkeep had spent hours juicing, but you’d be wrong. They’re using American Juice Company’s mixers. 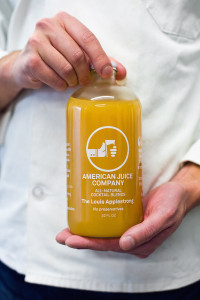 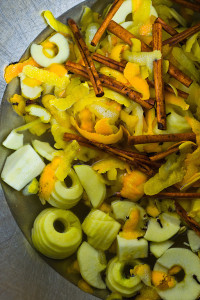 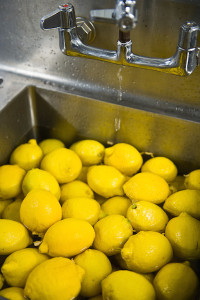 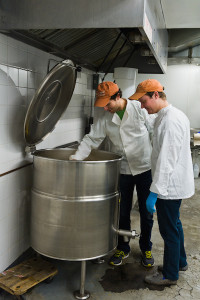 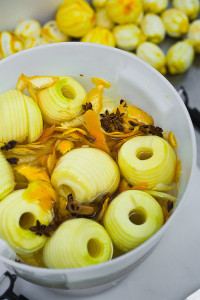 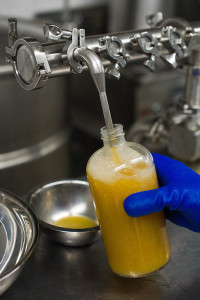 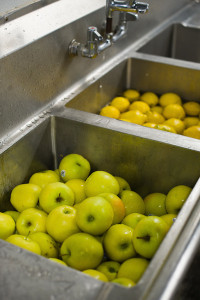 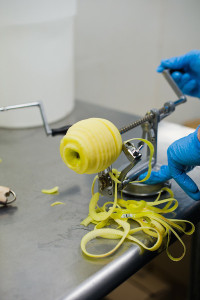 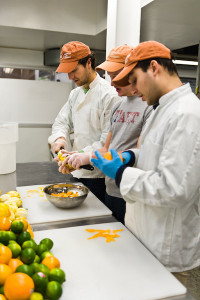 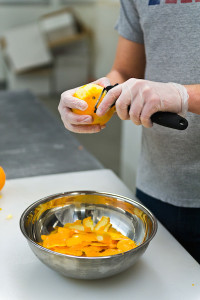 Take a seat at the bar of Restaurant Daniel, the Modern, the Essex House, North End Grill or the Campbell Apartment and you’ll be served superior cocktails by masters of the craft who take ingredients as seriously as the acclaimed chefs toiling in their kitchens.

You might assume your hardworking barkeep had spent hours roasting, pureeing and juicing mixers — like that blueberry purée in your mojito that bears a hint of vanilla; the lychee with notes of rose and strawberry in your martini; or the cinnamon-steeped pumpkin smoothing out your whiskey sour.

“These guys are experts and they know how to make fruit purees,” says Erin Jameson, the libations liaison for the Modern who uses a custom peace purée (peaches, raspberries and vanilla) in the Modern Bellini. “They source their fruit impeccably and also find the best expression of what they put in the bottle.”

It all started in 2012 when Chris Wirth, a student of economics and international affairs at George Washington University, was moonlighting as assistant concierge at the Jefferson Hotel. There he met Massimiliano Matté, a world-renowned barman and nominee for the prestigious “Perfect Barman de Paris” award known for his collaborations with celebrated chefs like Alain Ducasse and Heinz Beck.

Matté was hired from Italy to consult on the hotel’s expanding artisanal cocktail program at its bar, Quill. Wirth, not content to drink watery beer from a keg, was amazed by Matté’s creations.

“I made lots of drinks at the fraternity house, but I wanted to do what Matté was doing,” he recalls.

Shuddering at the thought of mixing cartons of supermarket OJ with artisanal spirits, he enlisted Matté to create custom recipes for juices fit for high-end cocktails.

“Instead of someone trying to purée, press, or squeeze fresh juices, I thought, ‘Let’s have a master mixologist come up with recipes,’” says Wirth. They came up with the name American Juice Company as a tribute to democracy and free enterprise.

His dream was not to be the next Naked. He had one of the world’s best bar chefs at his fingertips and wanted to create cocktail-ready recipes that would take that little black dress and ramp it up with the right accessories.

“The American Revolution was about taking the things reserved for royalty and making them accessible to everybody. In that same way our product makes mixology accessible.”

By August 2013 they were ready to launch.

But Wirth didn’t want to just sell fresh-squeezed juices. His dream was not to be the next Naked. He had one of the world’s best bar chefs at his fingertips and wanted to create cocktail-ready recipes that would take that little black dress and ramp it up with the right accessories.

“No recipe is just a single flavor,” says Wirth. “We want to enhance the flavor, so you taste mainly blueberries, but the other complementary flavors punch it up, making it more interesting and complex.”

For instance, their number one seller, Chuck Blueberry (all juices are named after famous Americans), contains a touch of apple and lime juice and a bit of almond extract. Lady Lychee is a mix of lychee, rose infusion and strawberry; Ginger Gershwin, a zippy combo of ginger, orange, lemon.

Other than tropical lychee and citrus, they feature New York State fruit that’s puréed, pressed and simmered at a Long Island City warehouse. The results are then pasteurized (no additives or preservatives are used in the process), giving it a stable shelf life of six months. Home mixologists can shop online and eventually in retail outlets like Whole Foods and Target.

“The key is that we are not taking away a bartender’s creativity,” says Wirth. “We see it as a tool that helps them to be as creative as they want to be without doing the prep work.”

But how do you sell a bottled product to a restaurant committed to doing everything by hand — from curing fish to churning butter? “Some bars would never do this,” admits Wirth of buying a bottle of juice. But others are very interested: He sells to 20 of the city’s most elite cocktail bars, restaurants and caterers.

“Their juices are of the highest quality, consistent and local,” says Dawn Durham, vice president and director of operations of Hospitality Holdings, which owns the Campbell Apartment where the Chuck Blueberry stars in the Berry Royale, one of the bar’s best sellers.

“When we are four deep at the bar, it’s not only better on our guests, but easier for our staff to make a cocktail that has four ingredients [instead of eight that also require muddling]. Our customers get served quickly and the drink is the same each time.” What’s more, Durham reports her costs have gone down by 5 percent.

“I like the seasonality, the complexity of the product,” says Jeff Turok, bar manager of North End Grill who has used Chuck Blueberry in his mojito, Lady Lychee in a sparkler, and Herman Mangoville mixed with fresh OJ for the signature North End Grill Mimosa. “You can also use less of their product because it’s so flavorful. In a three-ounce drink, I just need half an ounce.”

“The key is that we are not taking away a bartender’s creativity,” says Wirth. “We see it as a tool that helps them to be as creative as they want to be without doing the prep work. Now you have a mixologist who can use these tools to make amazing things happen.”

“When I use their product I don’t have to train six bartenders on how to make the juice a certain way,” says Turok. “Now I can pour my energy (excuse the pun) into training other facets of my bars — bitters, vermouth and herbal infusions. It takes my program to another level.”