Have a Cow, Man: Add A Little Dairy to Your Cocktail

In drinks, dairy is daring. 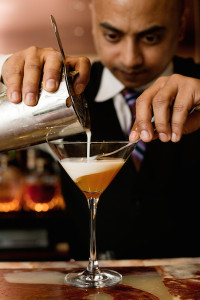 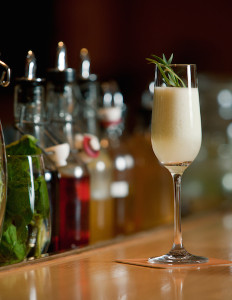 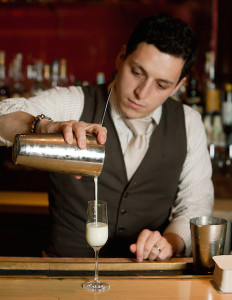 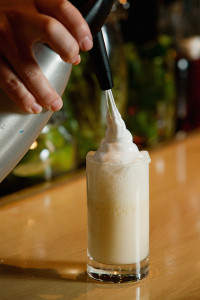 You splash half-and-half in your morning cup, slather butter on your bagel and warm up milk for a bedtime bottle, but dairy’s not just for breakfast and babies. Many New York bartenders deploy it in cocktails, too.

The milk group has long played an essential role in classic drink offerings. Consider the Tom and Jerry, enriched with milk and eggs—drink historian David Wondrich gleefully describes the drink as “alcoholic pancake batter”—or the classic Milk Punch, White Russian and all manner of Hot Buttered Rums, which have historical roots and dairy pedigrees. But in addition to those standbys, many mixologists are creating new dairy drinks, ranging from the heavy-cream-thickened Murray at Rum House to a light, lassi-inspired cucumber-kissed cocktail at Rouge Tomate.

Pascaline Lepeltier, beverage director at Rouge Tomate, loves dairy’s versatility on the cocktail menu. “It takes flavors easily because of the fat content,” she explains. “You can freeze, emulsify, whip them, use them cold or warm. There aren’t so many ingredients you can play with in that way.”

But most bartenders say what dairy adds to a drink is the creamy texture and luscious mouthfeel—in other words, a cocktail spiked with dairy feels like you’re getting away with something just a little bit naughty. (Isn’t it ironic that milk would be the wild ingredient in an alcoholic drink?)

At storied Times Square piano bar the Rum House, a new cocktail called the Murray has become particularly popular. Made with heavy cream, Godiva liqueur and two types of bitter-edged fernet (Fernet Branca and Branca Menta), the drink is a more sophisticated version of the classic Grasshopper.

“One thing people underestimate about cream is its acidity,” says Nick Adams Robinson, beverage director at Tocqueville, just off Union Square. “Acidity creates refreshment in a cocktail.” After sampling a variety of creams, he found the stuff sold a block away at the Greenmarket to be the cream of the crop. It sparkles in his Pêche de Tocqueville (Ciroc peach vodka, cream, lime, Southern Comfort float) and Berry Meringue Martini (Ciroc red berry vodka, Stoli vanilla vodka, lemon, egg white, cream). Robinson cites dairy’s pleasing texture and appealing, well, creaminess. “Everybody likes ice cream,” he says.

Still, pouring dairy products into the cocktail glass is not without its challenges. Bartenders warn that it can curdle when mixed with citrus, and a too-heavy pour can overwhelm a drink. “Your proportions need to be spot on,” Robinson warns. Another potential issue: Unlike every  other bottle in a bar, this one’s highly perishable. “I never trust the dates,” laughs Michael Neff, bartender and proprietor of the Rum House.

Luckily, the Murray sells relatively briskly, especially when assisted by the power of suggestion. “If I make one,” he says, “I’m guaranteed that I’ll sell others.”