If you’ve eaten truffles in the city, they probably came from Urbani. 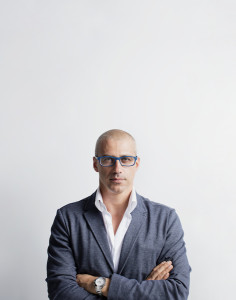 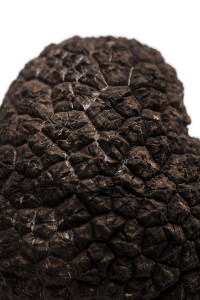 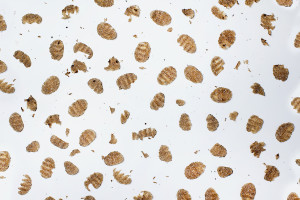 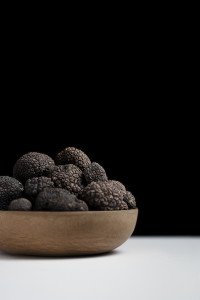 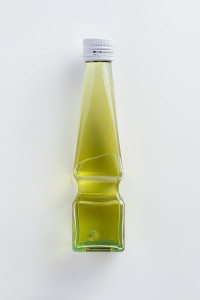 When it comes to truffles, you tend to smell them before you see them. But if you’re not familiar with their scent — or not expecting it, such as while riding on a New York City subway — that earthy, rich fungal aroma can catch you off guard.

The subway, however, is becoming the transportation method of choice for New York City’s truffle runners. If you pick up that pungent perfume on your commute and follow your nose to its source, you might find a trim young woman cradling a nondescript black backpack. As the smell intensifies, you begin to wonder if she’s got cauliflower, garbage or even salt cod stuffed in her bag. But it’s not that she’s forgotten to bathe or is on her way to a Portuguese dinner party. It’s just that she’s carrying $25,000 worth of truffles.

“People on the subway will cover their faces and move away from me,” says Megan Van Der Stad, who spends much of her time delivering one of the world’s most expensive delicacies to restaurants above 50th Street. “It’s good, though, because I always get a seat.”

Van Der Stad is a sales representative at Urbani Truffles, the world’s oldest and largest truffle company, and the biggest distributor in North America. Each year, Urbani imports nearly 20,000 pounds of white, black winter, black summer, Burgundy, Australian black winter and Bianchetti truffles. Most come from Italy and France, but some are sourced from locations ranging from Croatia to Australia. Whether you’re at an Upper East Side fine dining establishment or an LES dive, the delicate slivers of black truffle crowning your risotto or the truffle oil sprinkled atop your late-night frites most likely come from Urbani.

Urbani’s truffle market dominance is so firmly established, in fact, that some chefs like to joke that the company runs a “truffle mafia.” While no one is being sent to sleep with the fishes for fronting on Urbani’s turf, the nickname does ring true in some ways: Those who come to work for Urbani — a company that traces its roots back more than 150 years to Umbria — come to be seen as part of the Urbani family. In an industry notorious for its high turnover rates, employees tend to be extremely loyal to both Urbani — and to their worship of truffles. Most stick around for years, if not for life. Vittorio Giordano, for example, started working for Urbani as a teenager in his native Torino. Today, he runs the New York City office, and Olga Urbani, the fourth-generation heir of the family company, is his child’s godmother.

Olga’s great-great-grandfather, Carlo, was something of a truffle visionary. At the time, everyone in Umbria was focused on iron production. Truffles, on the other hand, were something ordinary; they were ubiquitous and freely available for anyone who took the time and trouble to find them. Those aromatic fungi were often used in local cooking, but they were certainly not a big profit-maker. Carlo, however, saw things differently. “People thought he was a little crazy at the time, because the money was in iron, not in truffles,” Giordano says. “But most people didn’t realize that the outside world didn’t have truffles.” 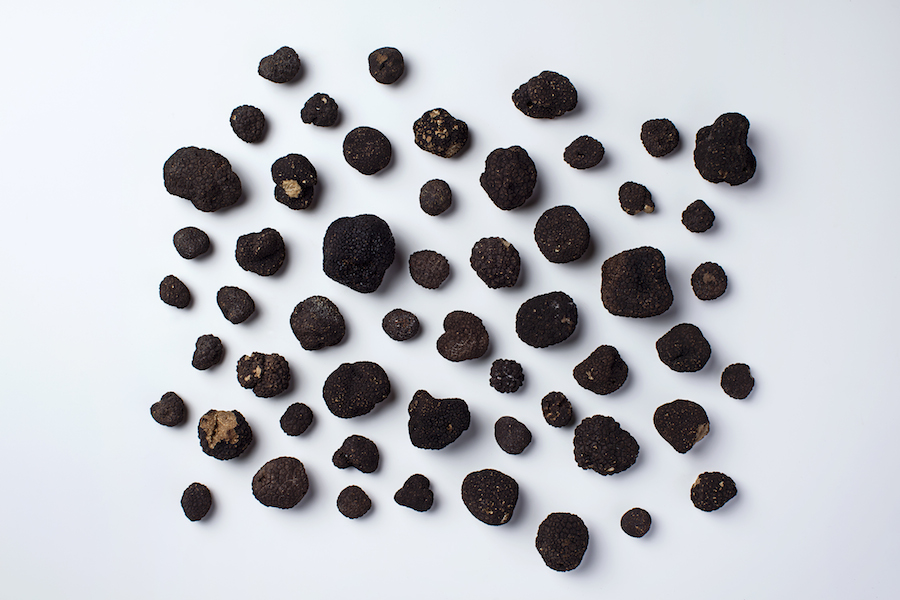 At one time in Italy, truffles were something ordinary; they were ubiquitous and freely available for anyone who took the time and trouble to find them.

Carlo passed the company on to his sons, and they to their kids. In 1947, the first shipment of Urbani truffles arrived in the United States on a Pan American flight, nestled in a basket entrusted to the pilots.

All told, today an Urbani truffle can find its way from the Italian earth to a Manhattan table in less than 24 hours. The journey begins with cavatori, or truffle diggers, who hit the woods with their truffle-sniffing dogs in the middle of the night (pigs haven’t been used in years because they tend to gobble up the truffles). By six in the morning, the cavatori deliver their wares to a gatherer, who then drives the truffles to a central facility. There, the truffles are cleaned with a knife and brush, but never water, which turns delicate white truffles — already composed of 98 percent water — into mush. By 11 a.m. at the latest, they are ready to be loaded onto a plane, which arrives at JFK around 6 p.m. By 7 p.m., they’ve cleared customs. A van meets them at the airport and trucks them straight to Urbani’s aromatic headquarters, on West 10th Street and West 60th Street. (Van Der Stad is not joking when she says “You can’t miss us: you’ll smell us from down the block!”)

Truffles for NYC clients are wrapped in plaid picnic blankets and packed into backpacks, ready for five Urbani runners to deliver to clients around town. “It makes me nervous thinking of how much money is in my bag,” Van Der Stad says. “The other day, a guy on the train who worked in the restaurant business came over to me and said, ‘You’ve got truffles.’ I was, like, ‘Shhhh!’” 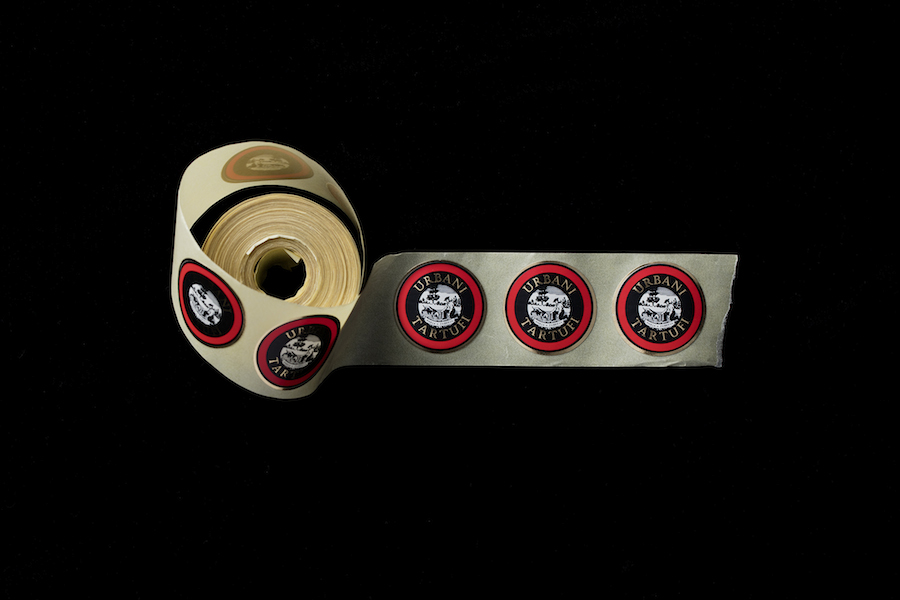 All told, today an Urbani truffle can find its way from the Italian earth to a Manhattan table in less than 24 hours.

The fungi range in price from $100 to $2,800 per pound, depending on the type of truffle, its size and condition, and the abundance of the harvest that year. Sometimes, there are extreme outliers. A couple of years ago, for example, Urbani sold a 2.2-pound white truffle for $17,000 to Café Boulud. It was served at a Bill Gates Foundation dinner. “We wanted $17,500, but it was a little flat so we decided to compromise,” says Michael Rojas, food service director at Urbani. In New York, around 200 customers regularly buy from Urbani, and they include chefs at Del Posto, Per Se, Daniel and the Four Seasons Restaurant, as well as retailers like Eataly, Citarella and Fairway.

Van Der Stad delivers fresh truffles to upward of 15 clients per day, many of whom have preordered. The delivery and transaction process is oddly akin to selling illegal drugs or contraband merchandise. Rather than using the front entrance, Van Der Stad usually slips in through the back kitchen door — typically located down a questionable-looking alley — without knocking. The chef is expecting her. She removes a scale, then lays the pricey goods out for him to choose from. Her customers can be meticulous, examining each truffle as though it were a diamond, testing it for firmness, color, moisture content and smell. After making their selections, Van Der Stad tallies up the cost and then packs up. Some chefs she visits regularly, once or twice per week; others only reach out when they need a quick fix. “I get calls, texts and e-mails all the time, day and night,” she says. “Especially during white truffle season, I feel like I never stop working.”

Indeed, truffles are more popular and mainstream than ever before. Just 10 years ago, Giordano ran New York City’s delivery service out of the back of his own beat-up van, and headquarters were located at a modest space in Long Island City. Today, the smell of truffles perfumes West 10th Street, wafting out of a snazzy glass-windowed office displaying truffle paraphernalia, neon purple lights and orchids. 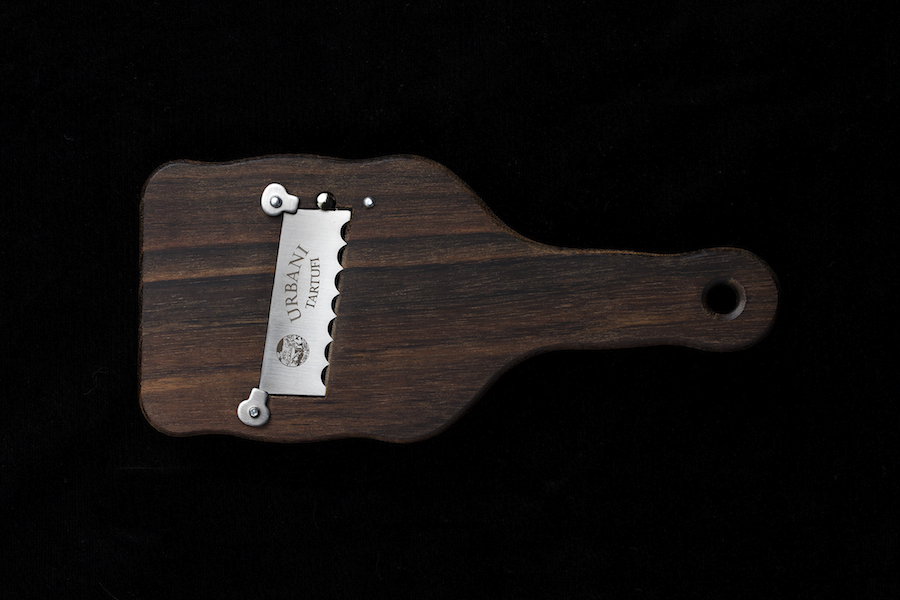 The truffle runners notice the change, too. “Five years ago, when people asked me what I do, they’d say, ‘Oh yeah, I love chocolate!’” Van Der Stad says. “Now, they tell me about the truffle oil or salt they keep in their kitchen. Nowadays, they know.”

It will only be a matter of time before her wares are sniffed out by more and more train commuters. But delivering truffles by Uber just doesn’t have the same romance.