In the Kitchen with Stephanie Strom 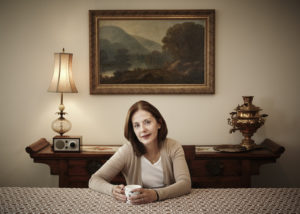 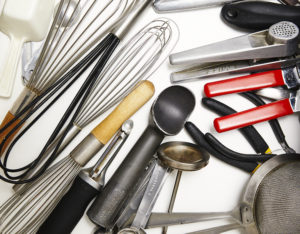 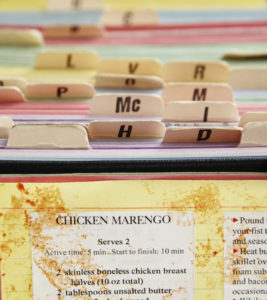 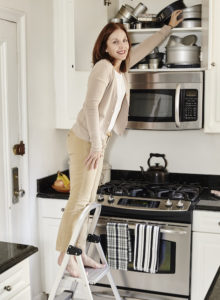 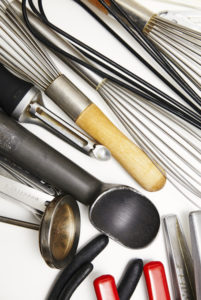 Stephanie Strom may live in the Upper East Side, but she’s got Texas blood coursing through her veins. As a wee girl, she would hang out in the kitchen, watching her grandmother Della whip up some mean Texas specialties. Her daddy, an oil man by trade, would come home to tend the family’s beef cattle in the afternoon; Della would always have something on the stove. The savory specifics have grown hazy over time, but Strom certainly remembers the sweets: fresh-baked cookies, banana pudding pie with vanilla wafers… oh, and Dr Pepper. “She used to always give me Dr. Pepper. It would make me sneeze, which always cracked her right up,” she recalls.

Now the food business reporter at the New York Times, Strom has put many miles between herself and Texas. At 52, she’s been married for decades to her Danish husband Henrik, a finance guy; they divide their time between their Park Ave. apartment and some weekends at a roomy house in Connecticut. Strom also has a daughter, Ceci, who left for college this year (a little empty nest syndrome hangs in the air). Strom loves to cook, loves to bake, loves to host dinner parties. She only wishes there were time to do it more often—the New Yorker’s lament.

We sat down with Strom in her sunny living room to talk about her kitchen style, her career trajectory and her beat at the Times. An editor’s note: Conversation with Strom moves briskly and spans a plethora of fascinating topics. Our only regret is that we couldn’t include all the great anecdotes and wisdom we picked up that day. 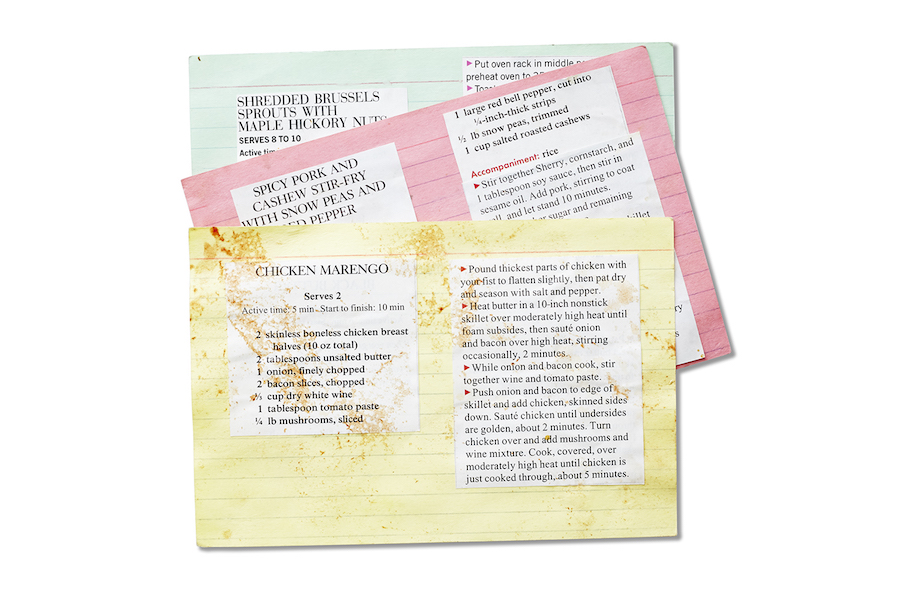 Living in the city after college, I had a classic New Yorker’s fridge: bottles of water and a few yogurts. Then when I had Ceci, it was a moment. I realized, “Oh, we’re gonna have to feed this kid!” I wanted meals to always be something our family would share together. That’s how I grew up, and it was important to me.

I had a lot to learn, though. See, I was never afraid of the kitchen. I wasn’t like some inexperienced cooks who think, “Oh, I couldn’t possibly do that.” Of course that arrogance led to some disasters early on. We don’t have to talk about it.

People often divide themselves into one of two camps: bakers and cooks. Supposedly you’re one or the other; it’s just the way that it is. If I’m being honest, I’d have to say I’m more of a baker. (Note: There was a plate of fresh-baked cookies waiting for the writer and photographer for this story.) Partly I just love sweets, but it’s more than that.

Baking is just so much more precise. It’s less art, more science—you can’t fiddle with it much. You can fudge a lot more when you’re cooking. Also, baking has the wow factor! Just try making a baked Alaska for a party. It tastes like nothing at all, but you’re going to get so many oohs and ahhs.

Me, Myself, and I 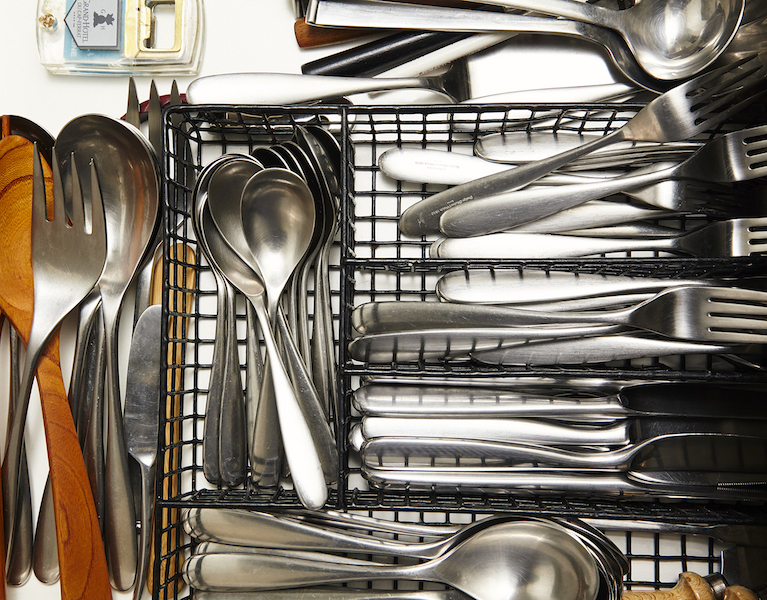 My husband can make a baked potato or cook meat on the grill. That’s all he can do; that’s all he wants to do. So when I’m in the kitchen, it’s just me, working alone. I honestly prefer it this way. At this point my husband knows not to bother me. He either vacates the apartment altogether or goes in the bedroom to watch TV.

When I get going on a big meal, I don’t think that I’m stressed—but I probably am. Maybe a better way to put it is “laser-focused.” I’m always thinking of five different things at once. “Well it’s going to take this long for the potatoes to cook and by that time the beans will be ready and I can’t forget to check the veal….” It’s a military operation.

I’ve been at the Times since 1988. Much of that was spent covering retail business, Wall Street, Japan and the nonprofit world. Then about six years ago this (food business writer) position opened up and a former editor told me to put my hand up. So I put my hand up. That editor knew how much I loved food, that I was the type of person who’d spend her lunch break wandering around the Greenmarket, ogling produce (it’s like pornography).

They were right—this is the perfect beat for me. Food intersects with so many things, and it’s so of-the-moment. It’s funny to be a food reporter in the business section, though. Most of my editors aren’t big foodies, so I sometimes find myself having to convince them a story is actually important or that our readers will be interested in it. They’ll say, “Oh, that’s just a foodie phenomenon” even when it’s much bigger than that. Part of my job is to be a salesman for the stories I write. 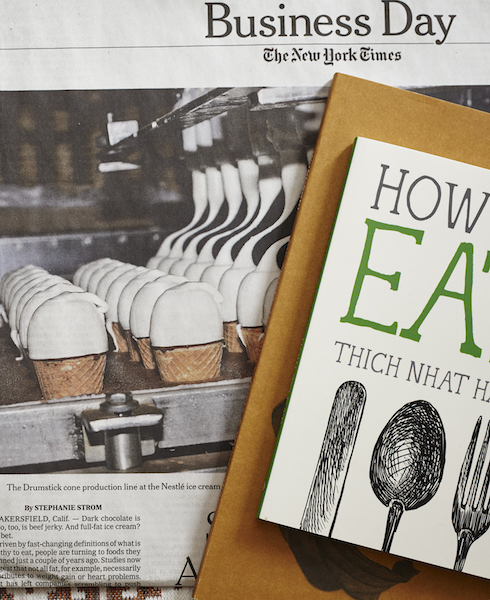 Consumers have so much power now, which is great in many ways. Social media allows them to speak directly with big businesses and effect actual change. There’s a downside though—everyone thinks they know everything. And there is a lot of misinformation out there; it can be hard to sift through.

Big Food companies get a really bad rap, but many of them are quite responsive. I mean, a big reason there have been so many chemicals in processed foods is itself a response consumer demands —preventing ice crystals in your ice cream or keeping bread soft for weeks. And now that consumers are saying “Less chemicals!” a lot of the companies are doing just that. It can actually be cheaper for them to simplify recipes and use more basic ingredients.

I’m really concerned about the stratification of food. People with means can buy cage-free eggs and fresh, local berries, and many of them do. But for people who are concerned about where their next meal comes from, that’s not really an option. It’s great that we’re working to eliminate food deserts, but that doesn’t mean low-income people are buying the food they actually want—it’s more like the food they can afford. Everyone should have access to good healthy food; we need to democratize the habits of the 2 percent.

Of course, there’s also the argument that we all need to be paying more for food. Americans are paying less for their food now than they ever did, and we’ve gotten used to it. We spend a lower percentage of our household income on food than our European counterparts and far, far lower than many people in developing countries. No one’s going to like it if we start paying more here, but it may be something this country has to come to terms with.