A few words from our editor Gabrielle Langholtz. 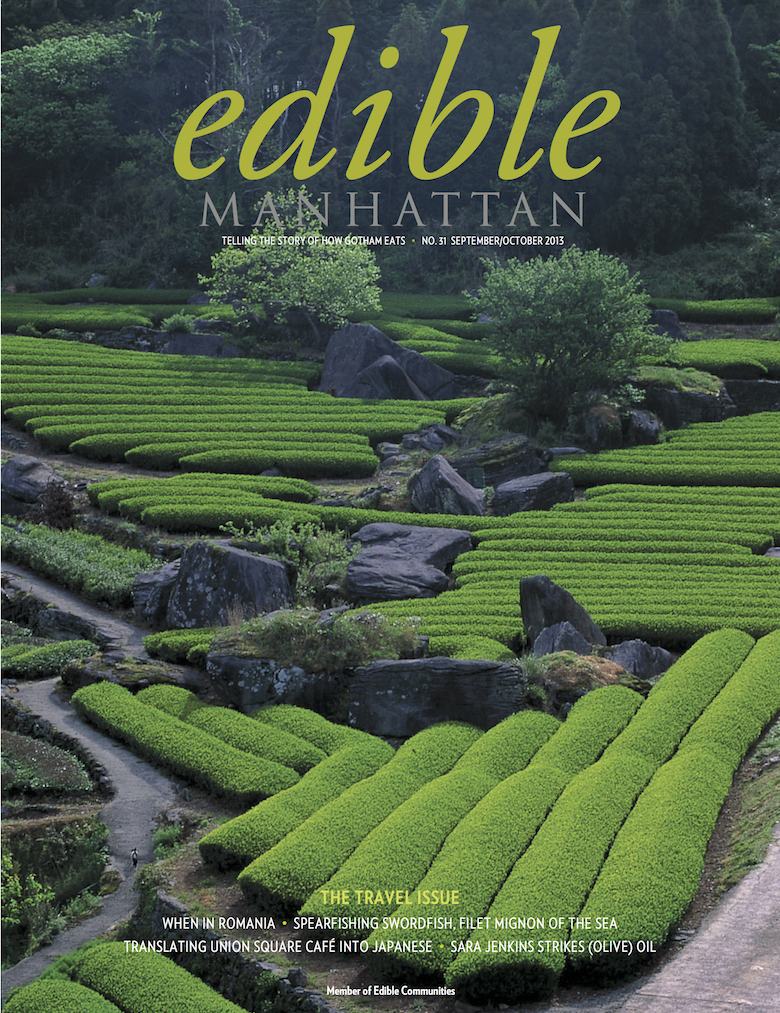 So when I moved to the city in 1998, fresh out of college, I avoided eye contact with the people who lived in my building and barely muttered hello when we passed on the steps. But the man who lived on the first floor of the brownstone—Schoenfeld, read his name on the mailbox—was hard to sidestep. Most mornings he was perched on the stoop reading the Times and despite my phobia of murderous psychopaths, I found myself drawn into his conversations. And my fears turned out to be true.

Sure, the bearded Jew in fabulous glasses looked nothing like a Scorsese villain—but he was clearly a pathological liar. Why else would someone tell you that he is America’s ultimate expert on Chinese food, that his teenage son had been at a party with Michael Jackson the night before, that his wife socialized with Monica Lewinsky and that he owned (get this whopper) 50 kinds of soy sauce?

“Gotta get to work!” I’d say while fumbling for my keys, hoping this madman’s psychoses didn’t extend to eating 21-year-old vegans.

So imagine my surprise when a piece in the Times dining section quoted none other than Ed Schoenfeld, America’s expert on Chinese cuisine—and then Ruth Reichl’s editor letter in Gourmet waxed poetic about a recent lunch with him. My God, I thought. All those outrageous tales are actually true.

So Ed and I became friends, and in his gorgeous kitchen he fed me deep-fried walnuts and food-world gossip, both grotesquely delicious. He taught me not to add garlic to my marinara too early and advised me wisely when I left Fortune magazine for a job in the Greenmarket office. I went on to attend his wedding and befriend one of his kids; my daughter loves Ed’s grandson like a brother.

Ed knew each Greenmarket farmer by name and took me to then-hot spots like Planet Thai but also hipster-free places like Villabate bakery in Bensonhurst and Sunset Park’s other-worldly Chinatown, where you can buy live turtle, geoduck clams and coagulated pig blood. I once joined his family there for dim sum at a place called World Tong Seafood, where many customers place their steam cart orders in Cantonese. The chef, Ed said, was a genius.

A decade later, Ed lives in a Newark mansion and he and that chef—Hong Kong-born dim sum master Joe Ng—run the hottest Chinese place in Manhattan: RedFarm, which draws crowds to the West Village for fresh riffs on old-school classics—like arugula salad with yuzu vinaigrette and fried rice with Benton’s bacon. They’re opening two new places as you read this.

Theirs is just one of the stories in our annual travel issue, and while a visit to RedFarm may not be as much of a voyage as journeying to Nova Scotia to spearfish swordfish with FreshDirect, to Tuscany to pick olives with Sara Jenkins or to Tokyo with the crew from Union Square Café, there’s no denying that Ed Schoenfeld is a trip.

And while he didn’t turn out to be a pathological liar, Ed has been known to embellish the truth. Come to think of it, I bet he only owns 49 kinds of soy sauce.