A Former Gourmet Editor Has Built a Farm-Based Cooking School

The school opened last summer at Tullamore Farms, a working 210-acre spread along the Delaware River with red barns and silos, a henhouse and chickens. 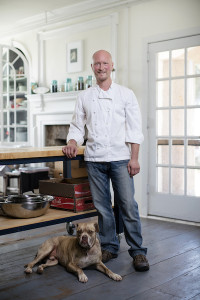 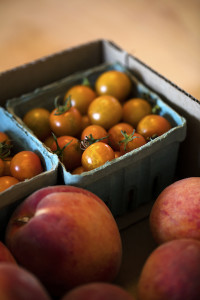 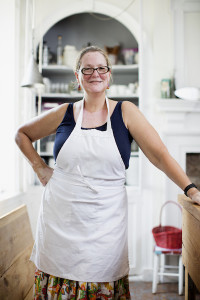 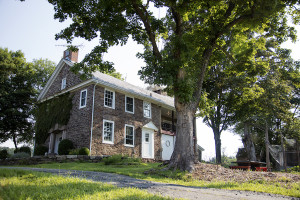 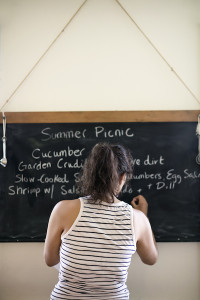 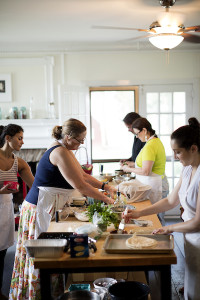 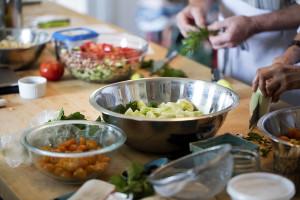 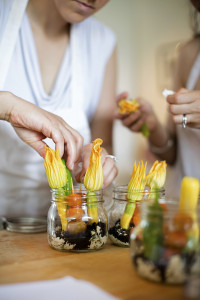 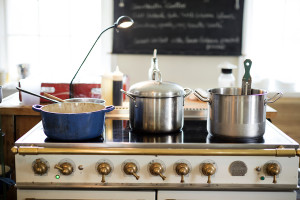 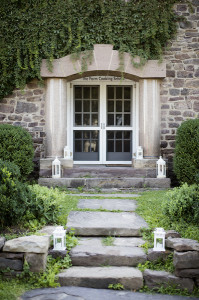 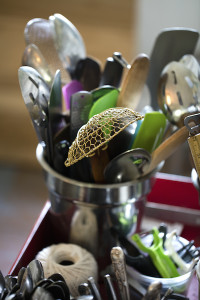 You should go to the Farm Cooking School for the food. But you might want to stay for the fantasy.

What Ian Knauer has created outside the little town of Stockton, on the New Jersey-Pennsylvania border about 70 miles from the Port Authority, is wish fulfillment for cooks looking to hone farm-to-table skills in the most convivial kitchen imaginable, with every class a BYOB party.

Knauer, who spent nine years at Gourmet as a food editor, didn’t scramble to find another magazine job when the venerable publication suddenly shut down in 2009. Instead, he decided to build his own brand. He registered his domain name, wrote a cookbook centered on the seasons at his grandparents’ Pennsylvania farm and sold a cooking show to PBS. After moving to the aptly named New Hope, he connected with a farmer who just happened to have a 1700s stone farmhouse sitting empty and offered to let him use it as a schoolhouse surrounded by pastures of grazing cows and sheep. Knauer renovated the parlor floor into a working/teaching kitchen, built a kitchen garden with Burpee’s help and lured a fellow Gourmet refugee south to help him teach.

Now, with Shelley Wiseman as his right-hand knife, he offers an ambitious schedule of classes that not only educate Dan Barber wannabes but serve as testing sessions for future cookbooks. What he’s selling is so seductive you almost wish you had a farmhouse and could buy a franchise.

The school opened last summer at Tullamore Farms, a working 210-acre spread along the Delaware River with red barns and silos, a henhouse and free-range chickens, plus a Manhattan-studio-size kitchen garden Knauer planted with everything from arugula to zucchini. On the day last fall when I New Jersey Transited down, the theme was “bistro(t) Fridays sausagefest,” and the lesson plan looked impossibly ambitious for a one-evening Cordon Bleu: Toulouse sausages; red wine and porcini sausages; wine-braised sausages with roasted root vegetables; tricolore salad; oven-roasted garlic polenta; saffron clam risotto, and Italian lemon tart with fennel. Students included a mother and son, a gaggle of “girls” on a night out, other friends who had come together and a sad-eyed woman who said little until the sharing began and the laughter took over. She, it turned out, was a recent widow who found the cooking and conviviality restorative. Within minutes of walking through the screen door, they were all uncorking wine bottles and clustered around two tables, one supervised by Knauer and the other by Wiseman.

As always with good dinner planning, the dessert was dispatched first, along with a diversionary lesson in composting and chicken-scrapping. Give those birds piecrust trimmings and lemon rinds (and, later, mussel shells, for the calcium), but not meat scraps.

“Otherwise they will come for you in your sleep,” Knauer warned.

Knauer, who spent nine years at Gourmet as a food editor, didn’t scramble to find another magazine job when the venerable publication suddenly shut down in 2009. Instead, he decided to build his own brand.

That crust, flavored with fennel seeds pulverized with sugar, was soon on its way to the oven while Knauer and Wiseman got many hands on whisks to combine the filling: eggs and cream and more lemon.

“Beat it like it owes you money,” he advised.

From there both teams proceeded to seasoning meat and stuffing casings. Recipes were divided, with Knauer guiding his team in the use of an antique cast-iron meat grinder/sausage stuffer, Wiseman working the KitchenAid. In quick order each table had a small mountain of links, and chopped vegetables were spread out on sheet pans for roasting. Knauer is not just prof but host, and after an hour he set out bowls of a superb dip made from a special type of bean, drizzled with good olive oil, to be eaten with the toasts he almost forgot to retrieve from the oven.

The school’s kitchen gardener also interrupted the proceedings in the nicest way, walking into the kitchen mid-class to pass out sage for students to tie into bunches to dry.

While Knauer’s team tackled salad, Wiseman’s worked on the risotto and polenta (another test recipe). Then, just like that, dinner was served, with a sampling of the nasturtium buds Knauer had pickled earlier to approximate American capers. (An idea that should blossom, so to speak.)

Just two and a half hours after the first car pulled up (pro tip: never come early to a cooking class where instructors are still mise-ing and place-ing), 14 of us sat down at a wide, weathered table, and there could not be a better validation of the notion that the best cooking classes are both hands-on and “you share what you cook.”

Many bottles of wine were consumed before the teams went back to brulée the tarts, with blowtorches weaving wildly. Each slice was plated restaurant-style over ribbons of sauce and alongside a mound of the pear-fennel sorbet Knauer was experimenting with (“warm it tastes like fennel, cold like apple”).

Being in the kitchen as the sky goes dark-blue feels very much like being in a farmhouse in a pre–Big Ag era. Bunches of herbs hang in the windows overlooking the kitchen garden. Jars of pickles and preserves for sale are arrayed on sideboards among aprons bearing the Farm Cooking School logo under a $15 price tag on an old washboard, alongside both Knauer’s and Wiseman’s cookbooks and the Short Stack series on individual ingredients, starting with Knauer’s on eggs. A cabinet with glass doors holds more cookbooks for reference, from the Pennsylvania-centric Bucks Cooks to Provence by Patricia Wells.

Knauer says his inspiration is the agriturismo tradition in Italy, or Ballymaloe Farm in Ireland: real food for real people who want cows in the pasture and chickens in the pen.

Knauer and Wiseman design their classes thematically — techniques of Italian cooking; homesteading from cheesemaking to foraging; preserving the harvest — but you don’t have to buy the whole six-pack; you can take just one, usually for $85. Or you could spend a week in or near the lively tourist town of New Hope just across the Pennsylvania border and go for immersion training. I camped out in style nearby at the home of the friend who first turned me on to Knauer, but Tullamore’s owner has since renovated the farmhouse’s upper level and now rents it out as a sleeps-three-for-$200-a-night luxury on Airbnb.

Knauer says his inspiration is the agriturismo tradition in Italy, or Ballymaloe Farm in Ireland: real food for real people who want cows in the pasture and chickens in the pen. As Wiseman notes, “This could not have happened 10 years ago.” The proliferation of CSAs has opened some eyes and palates, and being between two large cities helps.

Both Knauer, who got his Gourmet gig as recipe tester after working as babysitter for Ruth Reichl’s son, and Wiseman, who grew up in the food business, can go on at length recounting the glory days of the magazine, when it shipped staffers around the world on paid learning vacations to study cuisines. Cutback after cutback at Condé Nast changed all that even before the magazine was killed. She went to Fine Cooking, he to his own private brand building.

Knauer’s digital and television outreach has helped fill the classes, although he acknowledges that he will run those that draw as few as two students because he can use them to test recipes. Some the night I attended were drawn by his work on Gourmet’s “Diary of a Foodie” and “Adventures with Ruth” as well as his own “The Farm.” But having tasted the world, Knauer is bringing all his global training in food literally back home, rediscovering local ingredients and traditions.

You might be tempted to resent his reveling in an idyllic life in food. But then you realize he is writing, testing, teaching, cooking, cleaning and much more, and you remember the old Carville-Clinton slogan: The harder you work, the luckier you get.