In an era where ethics, legislation and hype are increasingly at odds, what do we forage and how? We’ve got some ideas. 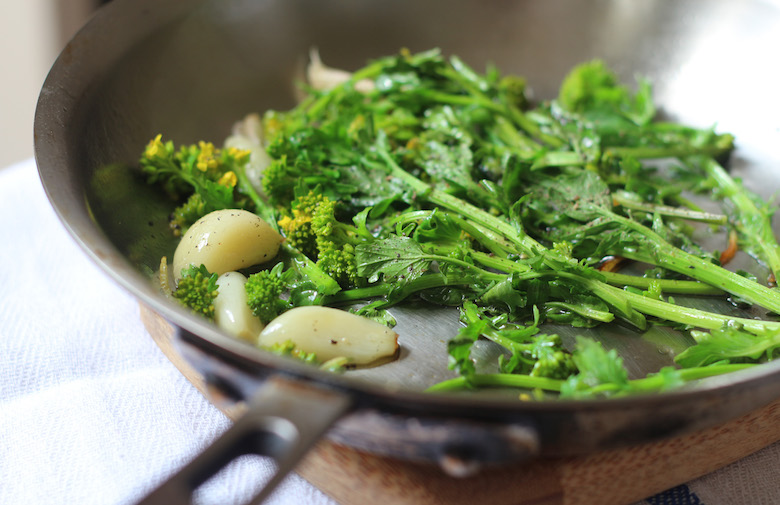 Spring is the juiciest and most tempting of foraging seasons.

Last spring on Instagram an excited novice forager held aloft a trophy of ramps, roots dangling. She crowed with delight that they came from Central Park. I was stunned. Central Park, really? Removing slow-growing indigenous ramps from a city park is like canned hunting where you shoot the last rhino. The quarry stands no chance.

Foraging is a treasure hunt where the prize is food and the food is free. The forager’s reward is a revitalized palette of minutely seasonal ingredients growing in plain sight. Spring is the juiciest and most tempting of the foraging seasons, but in an era where ethics, legislation and hype are increasingly at odds, what do we forage and how?

Over the last four years, as I have filled a flock of Moleskines with wild food recipes (destined for a new cookbook due in spring 2018, from Chelsea Green), and led dozens of edible plant walks in the city, there has been an uptick in the number of good foraging field guides published. The hashtags #forager #wildfoodlove and #rewilding have trended. The #wildfood bug has spread through the digisphere, into homes and restaurants, to urban and rural wild food honey holes, which are experiencing increasing pressure. We must reconsider the impact our growing appetite for wild ingredients has on the environment in this case. Our approach to #foraging and its future must evolve. 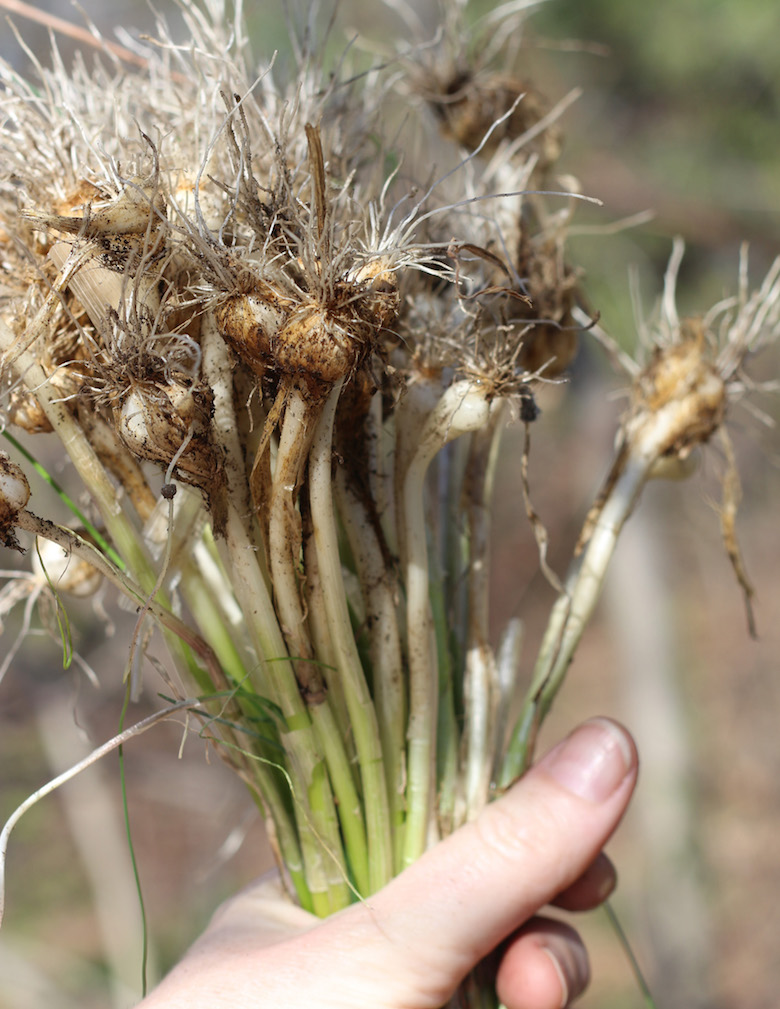 Allium vineale is the lawn chive of suburban lawns, the wild garlic carpeting city woodlands (a substitute for problematic ramps) and the field garlic of, well, fields.

Many versatile wild edibles appear at this spring tip of the foraging year. The plants included here are just a fraction of the bounty but contribute to making a culinary case for bringing ingredients from the foraging and farmers market fringes to everyday cooking and horticultural consideration:

Ramps (Allium tricoccum) grow painfully slowly. A seed takes 6 to 18 months to germinate. A conservatively harvested (10 percent) ramp patch takes 10 years to recover. In the woods where ramps grow wall to wall, collect one mature, fat bulb from a clump. Current advice is to slice the bulb above the root to allow the ramps to recover. Better yet, pick only ramp leaves, a couple from a clump. They are arousingly flavorful. Seeds and bulbs can be ordered online (bulbs should be planted in fall, when they are dormant). Ramps need moist, humus-rich soil, spring sunshine and summer shade. Finally, if you see tons of pencil-thin ramps sold at a local emporium, holler. It’s a good indication that an entire patch has been cleaned out, for good.

Fiddleheads are the usually the croziers of the indigenous ostrich fern, Matteuccia struthiopteris. When a fiddlehead is cut, no frond can form. Fronds feed the plant’s rootstock; cutting too many depletes the plant’s energy. If the treatment is repeated seasonally, the fern is compromised. In urban parks, cutting a fiddlehead hijacks that plant’s aesthetic value—its raison d’être. Solution? Invest in ferns from a nursery (the Gowanus Nursery stocks them and many other wild edibles) or persuade a friend to grow them. Share the spoils. They are low maintenance. There is a caveat: Ferns absorb lead from the soil. Test your soil. If the results are depressing, consider raised beds. 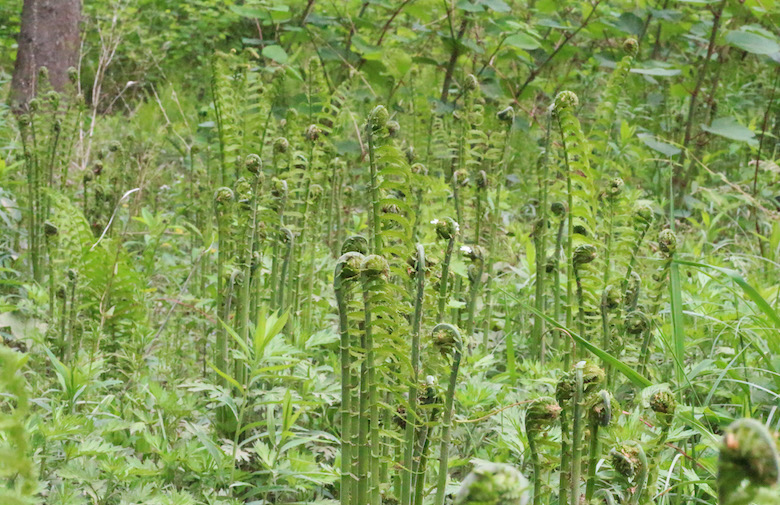 When a fiddlehead is cut, no frond can form. Fronds feed the plant’s rootstock; cutting too many depletes the plant’s energy.

Common milkweed (Asclepias syriaca) is a delicacy. We can eat its shoots, buds, flowers (which make a killer cordial) and seed pods. Farmers view the plant’s pervasive colonies as a competitive pest—my best forages are on farmland—but city milkweed is uncommon. Milkweed also means monarchs. The beleaguered butterflies’ larvae feed on the leaves. Cultivating this luscious American edible would boost local biodiversity, give the caterpillars a bite and feed us.

Then there are delectable common plants that can be collected with impunity as well as cultivated and marketed as crops (with noted exceptions):

In early spring the leaves from the basal rosette of winter cress (Barbarea verna) are peppery, while the later leaves, flower stalks and acid yellow blooms are piquant vegetables. Upland cress (Barbarea verna) is milder with firmer leaves. Cress seeds are easy to find online, or collect them from dried seedpods in late spring. 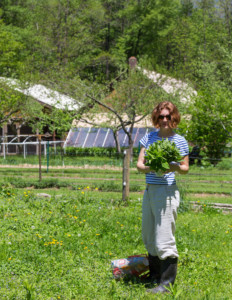 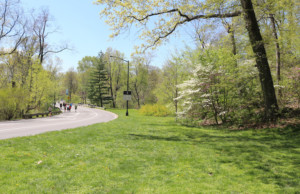 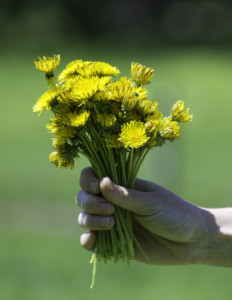 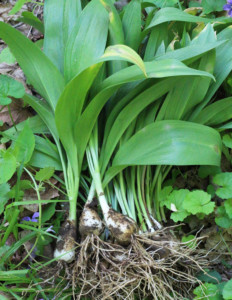 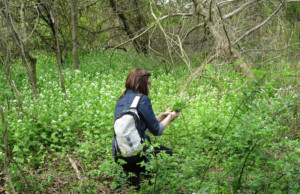 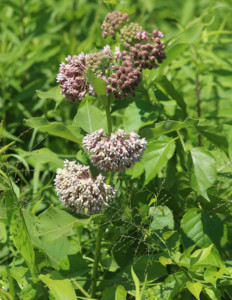 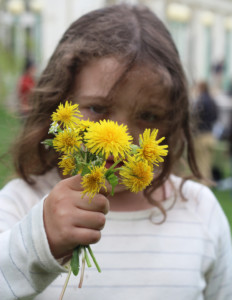 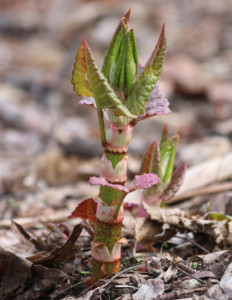 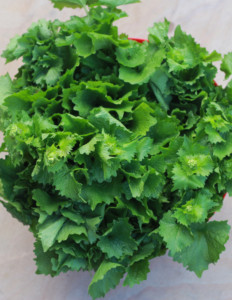 The ground hugging early spring rosette of dandelions (Taraxacum officinale), still attached to the top of the taproot, is a morsel that rivals puntarelle, a sought-after cultivar of chicory (Cichorium intybus). Later, the leaves and the flowers follow. Dandelions are best grown from seed as their taproot makes them very hard to transplant.

Allium vineale is the lawn chive of suburban lawns, the wild garlic carpeting city woodlands (a substitute for problematic ramps) and the field garlic of, well, fields. The ubiquitous tiny onions can be used in any of the ways that chives and garlic are (try them in this savory loaf). They are fattest in spring, disappear in summer and can be collected again in late fall through winter. My garden’s crop provided me with fresh greens in January when regular chives were dormant.

A cultivation exception is Japanese knotweed (currently referred to as Reynoutria japonica but also known as Polygonum cuspidatum and Fallopia japonica). Planting it is irresponsible and, in some countries, illegal. Its dense thickets choke out other plants and contribute to stream bank erosion. A fortune is spent trying to eradicate it, in the city and neighboring countryside. But its tender April shoots are a tart spring vegetable, lemon sour and melting in heat, much like sorrel. It’s everywhere, so why not market it? You can even find it at Violet Hill Farm‘s stand at the Union Square Greenmarket. 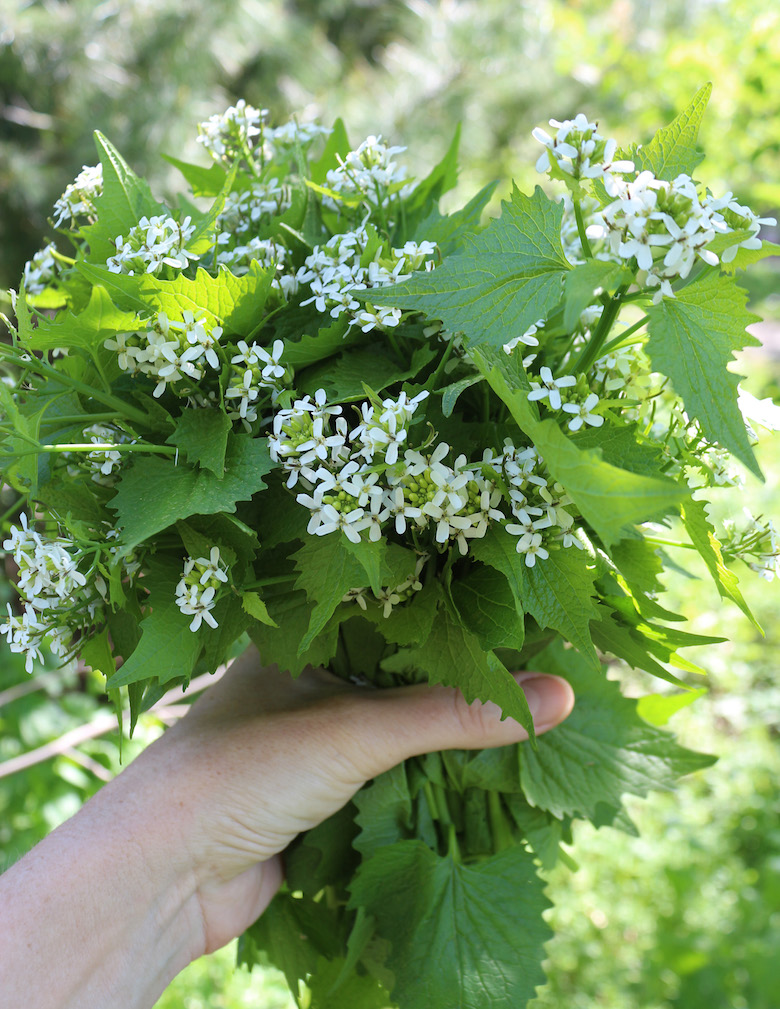 Another plant not to grow is garlic mustard (Alliaria petiolata), a super invader impacting ephemeral spring flowers as well as their pollinators. It even sends out toxins to suppress native seed germination. The plants grow in green floods across city parks. Cut armfuls of the delicious mid-spring flower stems and wilt them like broccoli rabe, and you prevent the seed of this noxious weed from being broadcast.

Tenacious North American native pokeweed (Phytolacca americana) flourishes in city lots and backyards. In the Appalachian spring, Native Americans knew to feast on the green shoots, and poke festivals are still held in pockets of the knowing South. The young shoots are an exceptional cooked vegetable (the rhizome and mature parts are toxic). I have seen them sold at one New Jersey stand at Lani’s Farm at the Union Square Greenmarket. Nothing is easier to grow, if you have the space. To prevent invasion, prune the unripe fruit. Come April, your poke shoots will rival asparagus. 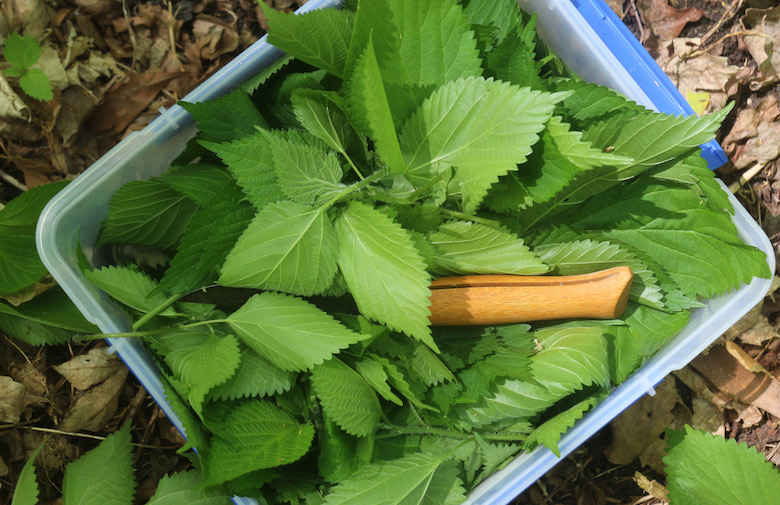 Nettles are one of the finest greens to cook, changing from vicious attack plant to silky smooth ingredient within a minute of meeting boiling water.

Few landowners view an influx of stinging nettles (Urtica dioica) with pleasure. I grow a patch at home in Carroll Gardens, which I harvest repeatedly through spring. This consumption checks its spread. Wood nettles (Laportea canadensis) are shade lovers but behave the same in the pot: Nettles are one of the finest greens to cook, changing from vicious attack plant to silky smooth ingredient within a minute of meeting boiling water. They could be community and kitchen garden staples and a financial boon to open-minded farmers.

Chickweed (Stellaria media) is a pristine cool-season ingredient, reminiscent of corn silk in flavor. Its star-bright flowers make a spangled salad irresistible. I collect bundles full from a Brooklyn farm where it volunteers and is given away for free.

These useful plants challenge perceptions of what is desirable and what is unwanted, what is wild and what is domestic. We need creative, sustainable ways to conserve vulnerable edibles, to curb damaging plants and to propel the gardener and the farmer’s weed into the realm of the legitimate vegetable. If not this spring, when?