Bubby’s proprietor Ron Silver is excited about flavor, and also about form. 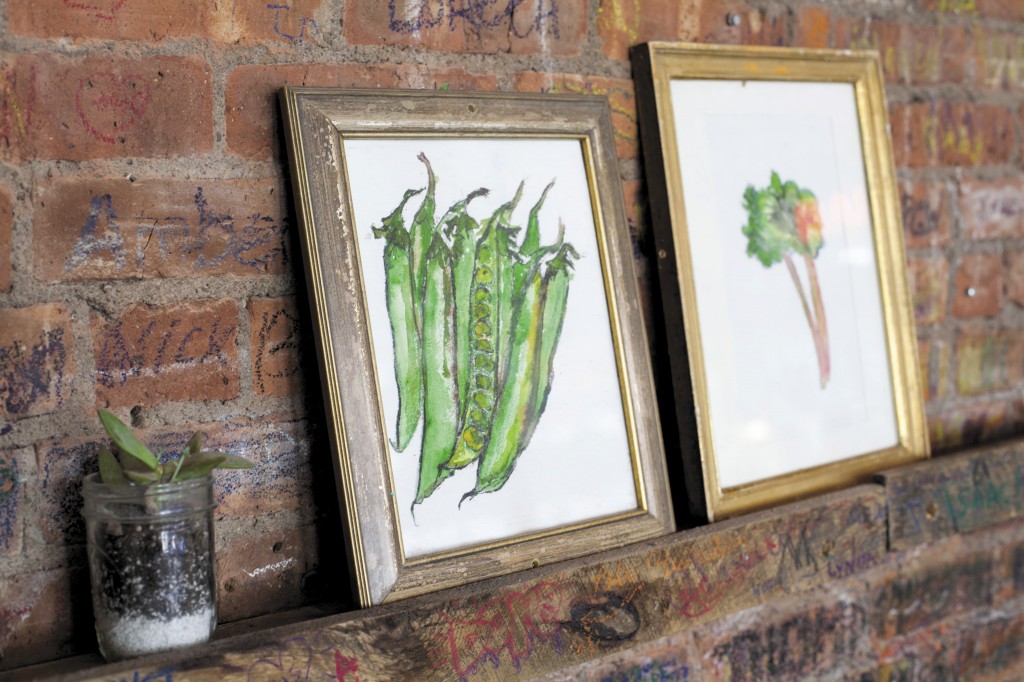 Some chefs take inspiration from bright, sweet Greenmarket peas by sending them straight to the kitchen and onto the spring menu. But Bubby’s proprietor Ron Silver also ensconces the plump pods on another sheet of paper — contoured in India ink and brushed with watercolor.

While his flagship TriBeCa location, and five others between the Highline and Japan, overfloweth with simply seasonal fare and that famous pie, Silver also captures what he calls the harvest’s “inherent natural beauty” in frames on the dining room walls. More than 25 of his original works hang at each restaurant, and subjects include everything from buffalo to his wife’s torso. He’s painted pies aplenty, and not surprisingly, fresh ingredients are a main muse, from rhubarb to Concords. This time of year, inspiration springs eternal.

“I get excited for things that are coming up,” he says. “Being a chef, being a human, I’m sick of root vegetables. There is this genuine excitement.” 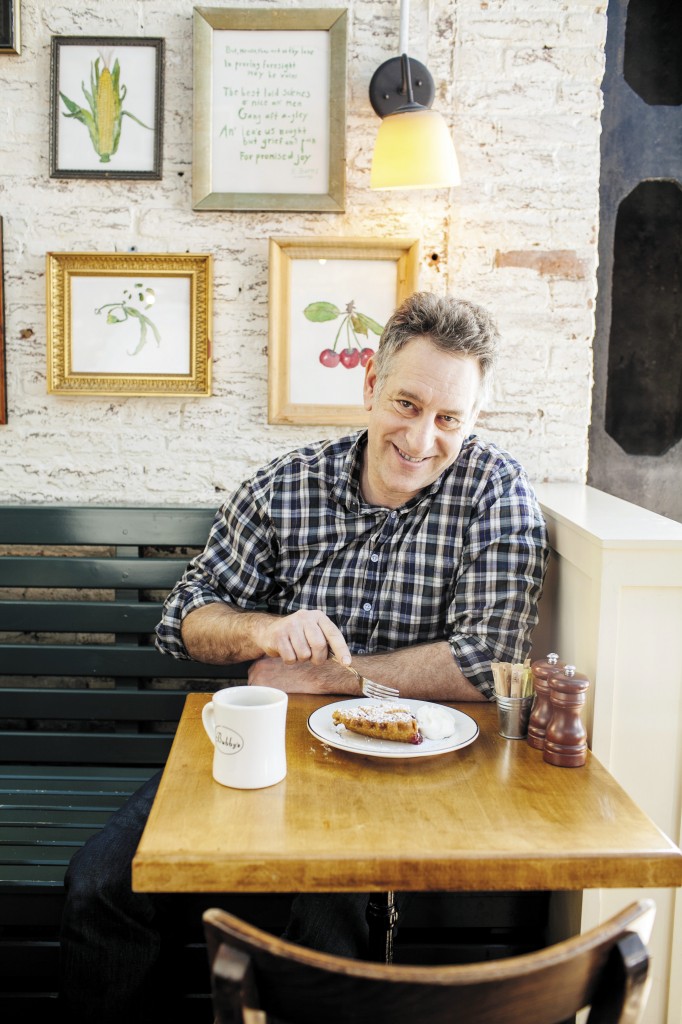 For Silver, that excitement is as much about form as flavor. “When I’m going through the market, I’m snapping photos all the time,” he says. “When I see something particularly beautiful, I paint it.”