Ginkgo Game On: These Nuts Are Ripe for the Foraging

The fruit’s flesh is foul, but the pit within is not. I was soon snacking on something enjoyably interesting, an ancient food that, to me, was entirely new. 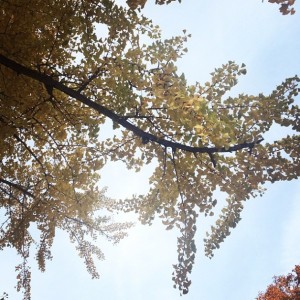 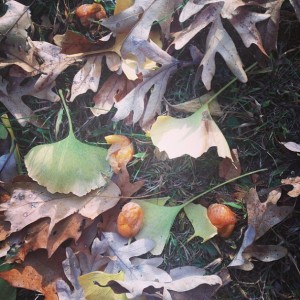 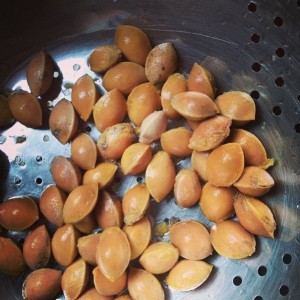 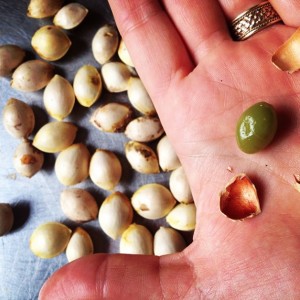 Most urbanites already know the ginkgo fall harvest — in a bad way. These iconic trees with fan-shaped leaves line many city sidewalks and right now they’re dropping their fetid fruits all over town, getting squished underfoot and smearing themselves onto soles of shoes.

The foul, falling fruit is often quickly exorcised by landlords’ brooms and hoses, but if you happen upon a harvest, do like many Asian grandmothers: grab a bag, bend down and load up. That’s because, as writer Raquel Pelzel once put it, “anyone brave enough to peel away the mushy, odiferous outer layer is rewarded with a small nut that is quite palatable, with flavors of mushrooms, chestnuts and earth.”

Pelzel went ginkgo-foraging with Chef Weingarten for our launch issue seven years ago, and although I’d edited the story — and have long come across small crowds of Chinese matriarchs collecting them each Autumn in Prospect Park — I never actually tasted the forbidden fruit myself until this past weekend.

Only the female trees bear the odiferous little yellow-green blobs, and the tree I passed under last Sunday was clearly one heck of a mother. Her beautiful golden leaves carpeted the ground, dotted with a thousand little yellow fruits looking like something between a cherry and a plum, and smelling like a cross between camembert and dog crap. As luck would have it, I had a plastic bag in my pocket. Ginkgo game on.

The thing to know about ginkgos is that the fruit’s flesh is smelly, but the little pit within is not. And while you could take the whole fruits home to pick through, it’s easy to pluck them apart before bagging. After aging a bit on the sidewalk, each orb easily yields its heart, and I soon had a cup or two of what looked like apricot pits, stuck the bag in my pocket and went on my way. Back home I washed them in the colander, consulted Brooklynite Leda Meredith’s beautiful book Northeast Foraging and toasted my haul on a sheet tray at 300 degrees for 30 minutes. It couldn’t have been easier; I was soon cracking them open (I used my ricer to violate several shells at a time) and snacking on something enjoyably interesting, an ancient food that, to me, was entirely new.

There’s absolutely no stink to the little olive-green hearts, in fact they’re quite mild. Instead what’s unusual is the texture — not nutlike at all, quite soft, akin to a cooked bean, or an Italian chestnut. Ironically, given their reputation, they were too subtle to call delicious, but then again, I ate them completely plain. In Asia they’re stirred into stuffing, soups, meat dishes and desserts.

As luck would have it, two days later I ran into Chef Weingarten, who said his Brooklyn block is quite ripe right now. I told him I’d finally gone ginkgo and he exhorted me to cook them into a Chinese custard. I’ll get the recipe from him but first I need to get more ginkgos. Which will be easy — I’ll just follow my nose.