The Rainbow Room legend walks us through his herb garden. 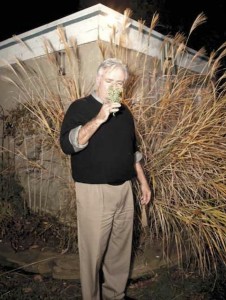 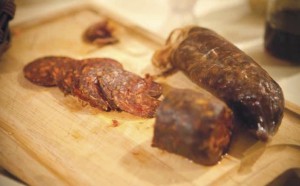 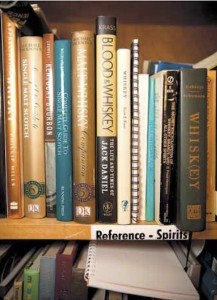 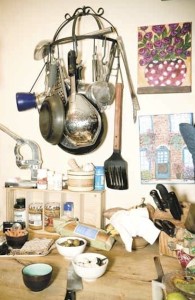 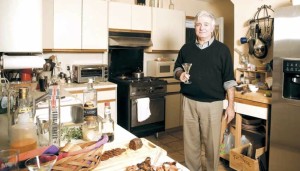 Dale DeGroff is the undisputed patriarch of the recent cocktail renaissance. Author of The Craft of the Cocktail and The Essential Cocktail; founder of the Museum of the American Cocktail in New Orleans and consultant to many a drinks minded eatery, he was the recipient of the 2009 James Beard Foundation Outstanding Wine & Spirits Professional Award for his impact on the national industry. We recently visited DeGroff’s West Hempstead home for a seasonal martini, a shot of mezcal and some conversation, straight up.

How did you become “King Cocktail”?

One of my best friends’ older brothers was a partner in the agency that was doing the advertising for Restaurant Associates, so I met (its president) Joe Baum. He inspired, galvanized and set us on a course in dining out and drinking in America that led to where we are today. He brought Kevin Zraly to Windows on the World, which opened in 1976. They took the snobbery out of wine service by getting rid of the guy with the fancy uniform and his nose in the air who wants to show off what he knows instead of selling wine. Kevin would walk up to the table and say, “Let’s have some wine.” Whereas there were other times when a guy would walk up to the table and because you couldn’t pronounce the wine even to order it, you’d order beer. Joe and Kevin started a new way of approaching wine at the Windows on the World, and Windows on the World Wine School became legendary.

Joe hired me in 1986 for his restaurant Aurora. He said, “Dale, I want to do something different at the bar. I want you to go back to the 19th century. I want a real old-fashioned saloon with everything fresh. I don’t want any mixes.” I was not prepared for that because I grew up in the time when there were sour mixes in soda guns.  He gave me the names of two titles to research: Jerry Thomas’s The Bon-Vivant’s Companion and Harry Johnson’s Bartenders’ Manual. I went to the library but they’re not there because they’ve been out of print for 100 years. After research, and with the small staff I had at Aurora, we put together a pretty nice program of classic cocktails.

Meanwhile, Joe is in the midst of a two-year restoration of the famous Rainbow Room on the top of Rockefeller Center. I know that is where I want to work. I tell Joe we should put together a cocktail menu of signature cocktails from some of the great supper clubs, like the Stork Club or the Copa, which had been in the shadow of the Rockefeller building. I put together the menu, and Joe hires me.

Aurora was a workshop. The Rainbow Room, on the other hand, had 30 bartenders, and in our first year, we did $22 million gross. The bar was packed from day one, and there was no breathing room. I made some terrible mistakes. I made the menu too long and too complex, so I changed it at great expense. The menu caught on, and like everything else at that famous newly reopened Rainbow Room, it was beautiful. Everybody was interested in this menu because there were no cocktail menus anywhere else. We brought back the drink menu: Between the Sheets, Sazeracs, Ramos Fizz—all these drinks no one had heard of in years. Pisco Sour, which hadn’t been on a menu since 1959.

Joe wanted this and that, but what he really wanted was for me to get out there and tell stories because that is what bar life is all about. “That’s what people come around for,” Joe said. “People don’t come into my joints to eat and drink.”

This is something we talk about to young bartenders all the time. Never assume anything about your guest. Never assume because a person orders a beer that they’re not interested in wine.  Never assume that just because a person ordered a cocktail that they won’t want an after-dinner drink or port. People who like to eat and drink like to eat and drink almost everything, and I do, too. If there’s an after-dinner wine list, I want to taste something from it. That’s the nature of being in this business. You want to see or experience something you haven’t had in a long time.

This is the future of our business. Ten or 15 years ago, there were half a dozen artisan distillers; there are 226 now. It’s lovely and amazing.

A fridge that packs a punch

I’ve got lots of olives, mustards, weird sauces and bitters. Cherries.  Maple syrup. David Wondrich made this punch; you can stick it in your fridge and it will last forever.

This is on the way to becoming a shrub punch. The sugar has become sticky and thick and is completely impregnated with the lemon. To make the shrub, mix water, lemon juice and maybe a little spirit of some kind—they used vinegar in the old days, but you could use a little bit of Madeira or whatever you want—in a small bottle and decant the sediment off or leave it. When you want to make a punch, with let’s say a 12-year-old Irish whiskey, put the shrub, the whole bottle of whiskey, another bottle of water and a block of ice in a punch bowl and you’re done.

I usually keep some martini glasses in the freezer, but we already took them out to use. My ice thing stopped working. Down in the basement refrigerator, I have a big slab of ice, which I punch into large chunks for different uses.

The fridge down in the basement is all beer. I like Guinness, Sam Adams, Anchor Steam, Sierra Nevada, American artisan distilled beers and micro brews.

These are my own bitters, which I’m manufacturing starting this summer in France. I used to use Wray & Nephew Pimento Liqueur—not meaning the pepper, but the Jamaican allspice berry—a lot. When Wray & Nephew’s left the American market, I was very distressed. I decided to work with a friend who makes absinthe to see if I could come up with an appropriate substitute as a bitters rather than as a spirit. This is almost the final version.

These guys from Slovakia have bought the world’s supply of Chilean wild baby pears and brought them to my attention. They’re giving them to people for garnish to use with their vodka.

It’s hard to say. There are people who are married to one spirit, and every time they order that spirit. That’s not me. I don’t have a favorite vodka, any more than a favorite whiskey or rum. Certain ones are appropriate at certain times. There aren’t many cocktails I don’t like if they’re well made. I drink according to my mood and what I’m eating.

Gin martini straight up with an olive and a twist. Daiquiris. Sazeracs when you can get a good one. Whiskey straight, scotch. I like Glenlivet, but I also like stronger and lighter scotches depending.

We make this every year. My mother’s family’s Italian, and this recipe comes from the old country. The sopressata was made at harvest time when the pigs were slaughtered. This was the delicacy and what everyone looked forward to. We have had such a run on this stuff this year that this is our last one. I’ll make another 25 pounds of it in January, though it has to cure in a cold cellar for two and a half months. It’s just pork shoulder, salt, red pepper, black pepper and paprika. After mixing it all, we take a little bit, fry it up, and the person whose batch it’s going to be tastes it to see if it’s to his liking.

This is a trick my grandmother taught me. To remove the beef casings with ease, just run it under warm water for a moment and it will slip right off.

We have an herb garden. I started using shiso, mint and sage in drinks. We have something called ruta. My grandmother used to put it in rubbing alcohol for poison ivy, but the Italians put it in grappa. That cutting came from my grandmother’s garden. It was growing in her garden since the 1920s.

There are two hangover cures that never fail: Don’t start drinking and don’t stop drinking. Among people who consider themselves to be world-class drinkers, there is a certain ethic. If you go out and misbehave, the price you pay is that you must continue your regular routine and go to work the next morning.  Having a hangover doesn’t give you any privileges. It’s your problem and nobody else’s. If you can live with it and suffer through it, you’re a world-class drinker. But if you complain and bitch, stay in bed and take aspirin, then you shouldn’t be drinking.