Since Ivy Mix is, by all accounts, a mixologist who tells cultural stories through her creations, who better to tell a story of cider for all to enjoy for this year’s Cider Week? 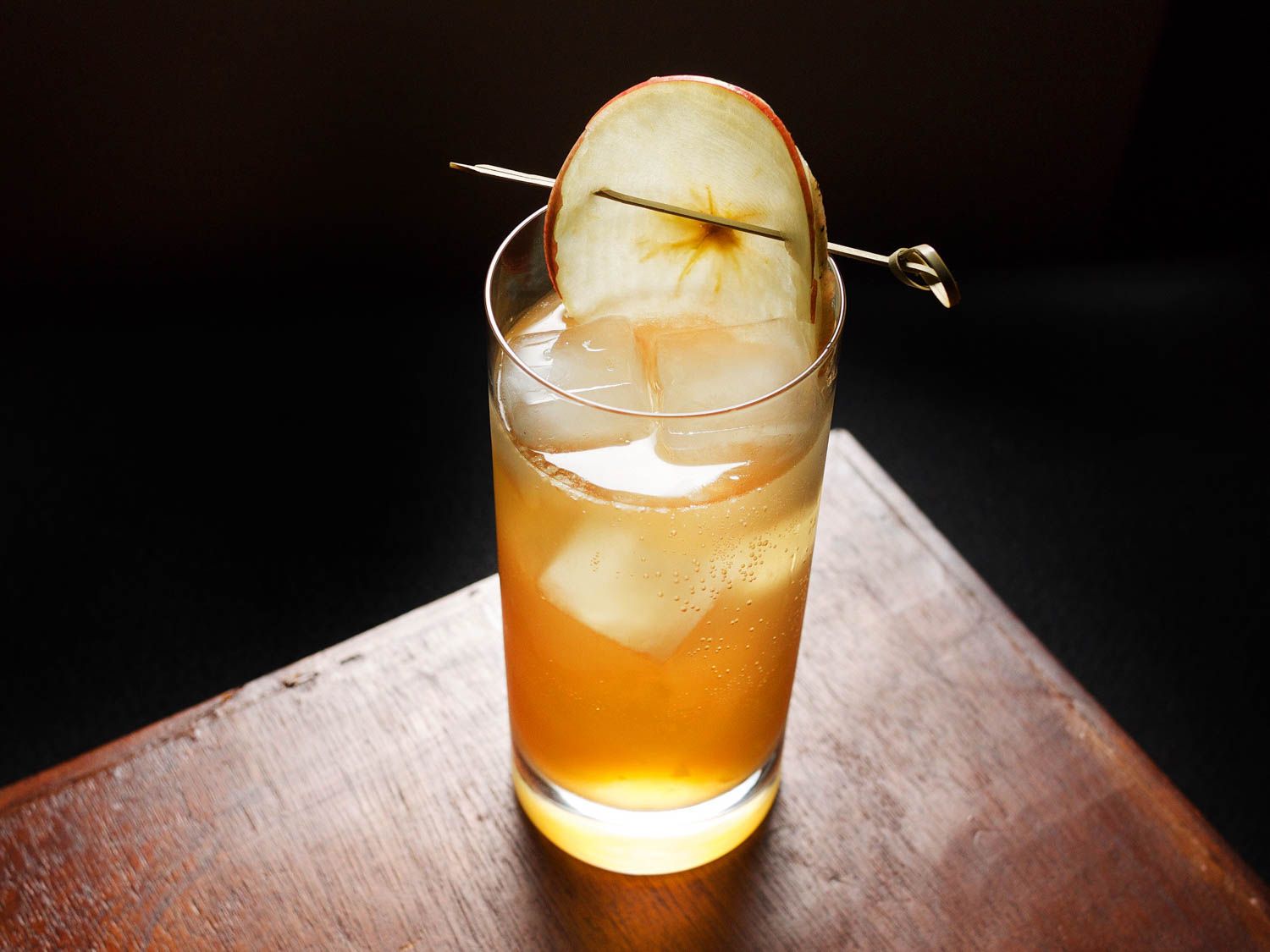 Would we really be doing Cider Week justice if we didn’t provide a craft cocktail to accompany all of your cider-drinking needs? A Cider Week without a cider-specific drink, it seems, would be a glaring omission, and so we reached out to Ivy Mix, co-owner of Brooklyn’s Leyenda and co-founder of Speed Rack, an all-female bartending competition that highlights women in the cocktail industry, and that raises money for charities supporting breast cancer research. Now in its ninth season, Speed Rack has raised over $1,000,000 for affiliated charities.

If you’ve never had the pleasure of visiting Leyenda, the Smith Street bar that has attracted crowds for the past five years in Cobble Hill, you’re missing out. A pan-Latin-inspired cocktail bar, Leyenda harnesses the drinking traditions of Latin America by highlighting both classic cocktails and spirited remixes through a contemporary lens. In 2015, Ivy Mix was named Best American Bartender of the Year at Tales of the Cocktail. This year, she is turning her expertise into a book. Spirits of Latin America, which features 100 recipes from Leyenda (and beyond), as well as a look at the culture of cocktailing, was released in May.

Ivy Mix grew up in a small town in Vermont, and, in some ways, that informed her sense of wanderlust. Small town life led to life in a small liberal arts college, until the need to break free wore at her. When the travel bug finally got to her, she ended up traveling extensively through Guatemala, Peru, Mexico, and Argentina, before finally landing in New York, where she opened Leyenda in 2015. Her book, she says, is a way to connect to the culture of Latin America in a most fundamental way: through what we drink.

Spirits of Latin America is, too, a virtual journey through a region, which is tirelessly photographed, the countries featured themselves characters in the narrative. Since Ivy Mix is, by all accounts, a mixologist who tells cultural stories through her creations, who better to tell a story of cider for all to enjoy for this year’s Cider Week? In addition to tequila and Sotol, her balanced drink, which you can make at home, features both Orchard Hill Gold Label cider and Pommeau—a spirit made by blending apple juice with brandy.

Use a bar muddler to muddle the cardamom pod in the bottom of a Boston shaker. Add the Blanco tequila, Sotol, lemon juice, Pommeau, and cane syrup to the shaker, and fill the shaker with ice. Shake until combined, cold, and frothy. Strain drink over fresh ice into wine glass and top with the two ounces of Orchard Hill Gold Label cider. Garnish the drink with the thin apple wheel. Serve immediately.