Beloved by bartenders, a classic Italian aperitif finally gets its due. Negroni. 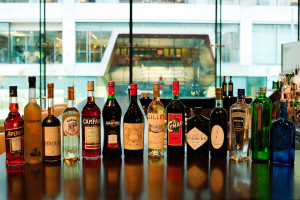 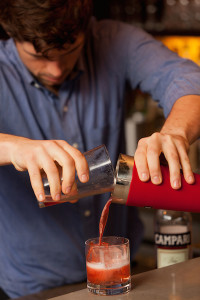 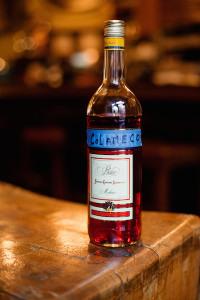 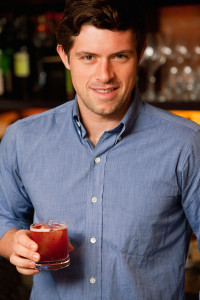 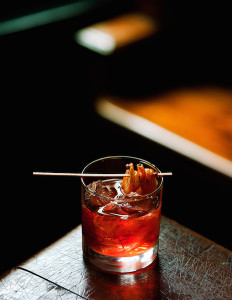 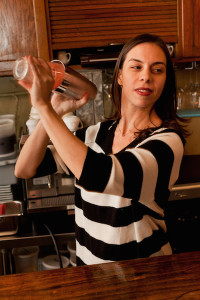 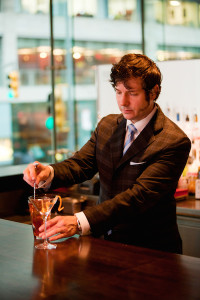 Anyone who has had dinner with me in the past several decades knows the Negroni is my cocktail, period. The magenta beauty is simple to prepare—equal parts gin, sweet vermouth and Campari over ice, with a slice of orange—but exotic and, for some reason, it was long obscure. All too often when I ordered one, I’d end up with an Americano instead.

But these days, the Negroni is finally getting its due, suddenly served everywhere and even inventively reimagined. Lesley Townsend, creator of the Manhattan Cocktail Classic drink fest, calls the Negroni’s recent rise “just staggering,” and says the drink would make her own desert-island shortlist: “It somehow manages to be the perfect drink to have both before and after dinner—or before and after breakfast, for that matter. How? I haven’t a clue. I just drink them. Often.”

“I think the Negroni is one of the greatest in our canon of old-school drinks,” echoes TJ Siegal of Spasso. “It makes a wonderful candidate for best [aperitif] on Earth.” As a barkeep, he also appreciates what a snap it is to prepare: “It’s made on the rocks and garnished with an orange twist—nothing has ever been more simple.”

The drink might be simple to make, but its flavoring is complex thanks to the red-as-a-rooster, bittersweet spirit invented by Gaspare Campari in 1860 just outside Milan. Classified as an aperitivo, an amari or even simply a bitter, Campari is made from more than 60 ingredients, including herbs and botanicals like orange peels, rhubarb, wormwood, pomegranate, quinine, clove and ginseng. At the turn of the last century, the story goes, it was used in a drink called the Milano-Torino, equal parts Campari (by then made in Milan) and sweet vermouth (made mainly in Turin) poured over ice with a splash of soda water. It became so popular with visiting Americans that the drink soon became known simply as—you guessed it—an Americano. Enter Count Camillo Negroni, who walked into a popular Florence bar circa 1919 and asked the bartender to make him an Americano but made with something stronger. In went the gin, and the Negroni was born.

But if the comeback cocktail has a Manhattan mailing address, it is the bar of the Lincoln, where a bespoke Negroni program is spearheaded by wine director Aaron Von Rock, who offers dozens of excellent “Negronis” that border on bastardization, using new gins (including gems like Bluecoat American Gin), bitters (like Vergano Chinato and Cynar) and vermouths (like Carpano Antica, Dimmi Liquore, Cocchi Americano). Some may call these ingredients sacrilege, but I feel like I’ve reached the promised land—after 40 years wandering in the Negroni desert.

Most barkeeps agree that the drink’s meteoric rise is fueled by the recent appreciation of a long-unloved flavor. “At some point in the past four to five years, a critical mass of young drinkers in the city got over a reflexive aversion to bitter,” says master consulting mixologist Sasha Petraske, who owns the Lower East Side speakeasy Milk and Honey. Freeman agrees. Sure, Italian cuisine is at an “all-time high” in the States, he says, but the Negroni is also on the red carpet because “Americans are digging bitter flavors thanks in part to pale ale and Jägermeister.”

Siegal says the bitterness makes it great next to a plate. “It is mouthwatering, creating a desire for food like nobody’s business. Its combination of aromas is fascinating and vibrant, too.”

“People are getting more adventurous with bitter flavors,” echoes Cabell Tomlinson, bar director at the West Village’s new Frankies 570 Spuntino, who says the Negroni is her favorite drink—so much so that she made it the house cocktail at Frankies. “It’s a quintessential aperitivo,” says Tomlinson, who keeps the classic one-to-one-to-one formula but presents the glass with sophisticated sensibilities: “We serve it on a hand-carved block of ice,” she says, “with a big orange twist for aromatics.” “Whenever I get over to Italy,” confides her boss, Frankie Castronovo, Frankies’ co-owner and co-chef and a fellow Negroni fanatic, “I sneak a bottle of the Carpano Antica in my bag so we can get down on the classic the way it was meant to be.” Which reveals another reason the Negroni is so popular: Drinks pros put it on menus because it’s what they actually want to drink themselves.

“It’s an insiders’ drink,” says Julie Reiner, owner of the Flatiron Lounge and one of the city’s most respected drinks-makers, “a favorite with bartenders and mixologists across the board.” Even wineaux often order it in place of pinot. “After days spent at wine tastings,” says Lincoln sommelier Aaron Von Rock, “[my sommelier
friends] all like to go out together, but don’t feel like drinking wine, preferring Negronis.”

Joe Campanale, co-owner of Artusi, Dell’anima and Anfora—and a sommelier himself—discovered Negronis while studying abroad in Italy during his college days, where it was love at first sip. Today Dell’anima offers two versions of the drink. He elevates a classic take with oranges marinated overnight in vermouth, lightly grilled and then muddled into the vermouth. His other version, lauded in the Times, is the Negroni Sblagliato. The drink—its name means “broken Negroni” in Italian—substitutes prosecco in place of the gin for a lighter, fresher concoction. (Petraske’s Sblagliato gets people feeling light and fresh each night at the John Dory.)

Danny Meyer also favors a less intense take, learned from his dad. Morton Meyer owned a hotel in Rome and one of his favorite libations was a vodka Negroni; Danny’s homage, the Mortoni, is a huge seller at both Union Square Café and Gramercy Tavern. Meyer does not like vermouth, so his go-to drink is simply vodka and Campari, strained Martin-istyle and finished with a splash of tonic. (Until the 21st century, if you were lucky enough to find a Negroni in New York it was in a Martini glass, but mixology pros like Dale DeGroff point out that the traditional way to serve it is on the rocks.)

Like Meyer, Dushan Zaric, the bartender for Employees Only and Macao Trading, was introduced to Campari (served with soda) by his father, back when he was just eight years old. The Negroni has been his favorite cocktail since the 1990s, and it’s the go-to drink for his entire team, which has been known to do shots of it en masse.

Still, some bars have yet to catch Negroni fever. I love restaurant JoeDoe in the East Village, run by an ambitious young couple: chef Joe Dobias and his ebullient girlfriend, Jill Shulster, who oversees the front
of the house. During one of my first visits there last year, I ordered a Negroni to start the meal. Jill paused and seemed a bit worried. Then she shot me that big smile of hers, bought some time and sent a runner up the street to buy Campari. Now she keeps a bottle behind the bar with my name on it.