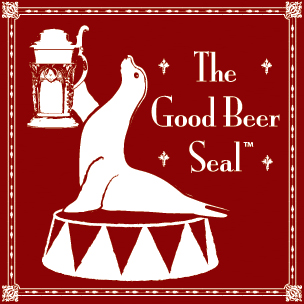 Good Beer: The best of the Good Beer Seal gang in one room.

On July 28, Edible magazines, in partnership with the Good Beer Seal and with the support of Brooklyn Brewery and Stella Artois, celebrate good beer with our second annual sudsy soiree at the Brooklyn Academy of Music. (Get your tickets right here!)

Driven by the conviction that our great beer town deserves an annual bang-up beer bash, we’ll serve up the best brews and, of course, the eats, too.

In contrast to the typical overwhelming swill sloshfest, Good Beer at BAM offers an intimate setting for breweries, food artisans, and we who love them, to raise a glass (or few) to the role beer plays in the contemporary culinary culture. Good Beer, by the way, marks the culmination of July’s Good Beer Month, the city-sanctioned celebration launched last year by the Good Beer Seal. (We’re also hosting a beer-centric trivia night on July 8, aka our Edible Pursuit at Brooklyn Brewery.)

In honor of all that, we’ll host 12 to 15 breweries from New York and the region, who will pour alongside an edited list of tastes from Brooklyn and Manhattan restaurants and food makers, from lobster rolls to pretzels, and from steak house schmaltz to local seafood crudo.

That includes never-before shared beers brewed just for the event, including a homebrewing demo by Brooklyn Brew Shop and Good Beer Seal bars on hand showcasing the best that New York City offers in beer culture. But on to the really important details:

THE TIME &amp;amp; PLACE: Wednesday, July 28, 4-8 p.m.; BAMcafé at Brooklyn Academy of Music, 30 Lafayette Avenue, Fort Greene. Tickets are $40 (or half price when you subscribe to Edible), which covers admission and all beer and food.

And if you sign up for our enewsletter, follow us on Twitter or Like us on Facebook, all easily done above right, you’ll be the first to know about last minute discounts on this year’s fest or next year’s. And until July 28th, check our Calendar page to see where we’ll be partying in the meantime.