Hop a bus or train for edible excursions that are both carefree and car-free. 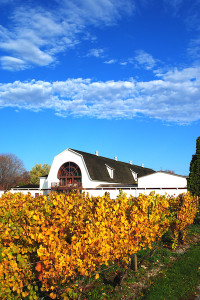 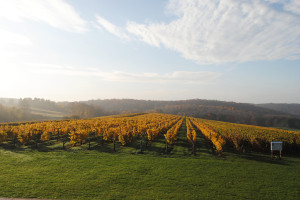 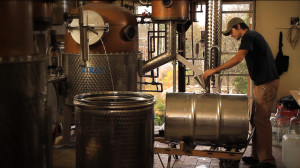 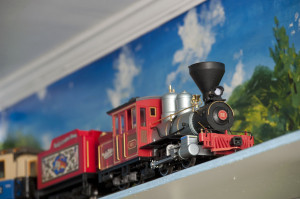 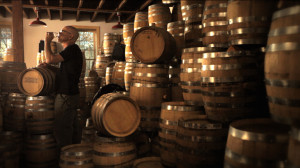 Seeking to set foot on soil? Pining after pick-your-own pears? Weak with winery wanderlust? You’re in luck. Harvest season is high time to get back to the land, even if only for the weekend, by driving upstate or out to Long Island. But with a little savvy planning, even the car-less can realize those agrarian aspirations—just hop a bus or train. (Those willing to hike and bike, too, can enjoy even more open-air options). Here are a few trips that get you outta town to play farmer for a day, all made possible by the power of public transportation.

Who wants to drive home from a winery? The Millbrook Winery Vineyard Express makes it simple for Manhattanites to get to its stunning Hudson River Valley arbors 90 minutes north in Dutchess County—and safe to get home again, even after ample samples. At Grand Central, board a Harlem-Line Metro-North train to Wassaic. There, a special vineyard bus shuttles you on a 20-minute trip to the grounds for three hours of tasting, hiking the vineyard’s many hilly paths at the peak of fall-foliage season and perhaps an extra glass of their delicious Tocai Friulano in the renovated Dutch dairy barn. (It’s $85 per person plus train fare, with a choice of two Metro-North departure times on weekends: 9:48 a.m. or 11:48 a.m.; RSVP at millbrookwine.com) We’d suggest you pack a picnic any day except October 13, when Manhattan chef Jehangir Mehta cooks for their annual outdoor harvest party. And in keeping with the schlep-free spirit: If you buy more than six bottles on site, shipping is free.

Or if it’s ocean breezes you’re after in your vino pairings, head east: Two Saturdays this fall (September 15 and October 20) the Long Island Rail Road is partnering with North Fork Express Bus and Baiting Hollow Farm Vineyard—which features an elegant 1861 farmhouse and white-fenced stables in addition to tidy rows of ripening grapes—to provide transport directly to and from the vineyard via the Ronkonkoma stop for $34. LIRR ticketholders get a 10 percent discount, and while you’re there, walk next door to Long Island Vodka (LiV) distillery for a taste of the stiff stuff and to see its 80-acre potato farm.

With a $5 lifetime bike pass for the LIRR you can make a bi-wheeled beeline for the East End of Long Island on Saturday morning and explore the weekend farmers markets of Bridgehampton, Wainscott, East Hampton, Amagansett or Sag Harbor, abundant with everything from late-season strawberries to tiny rounds of fresh goat cheese to squid hauled in from the abundant Atlantic. (The Long Island Travel Bureau offers a complete list of the area’s offerings on litb.com, but better still, check out EdibleEastEnd.com to read about a two-day farm market trip taken by one city cyclist.) Most towns are within six miles of each other, which means even an armchair athlete could easily hit two before biking to the beach for a picnic.

Think of New Paltz as the East Village of the Hudson Valley, with a funky, farmy vibe due to the massive influx of outdoorsy college kids who stream to the SUNY campus so close to Minnewaska State Park. The area boasts a bumper crop of great places nearby to “pick your own”—like Dressler Farms, just two miles west of downtown on Route 208—plus a lovely Sunday Farmers Market on Main Street; the New Paltz Gardens for Nutrition, one of the oldest and largest community gardens in the state, featuring more than 100 lovingly tended plots; not to mention the Gilded Otter, a brewpub with a great burger and soundtrack to match the craft suds. For accommodations, the New Paltz Hostel offers cheap bunk beds—or, if you’re looking to indulge, try a B&B like the Elm Rock Inn, a brick Colonial farmhouse built back when America was still a colony. It’s easy enough to get to downtown New Paltz by way of the two-hour Adirondack Trailways bus from Port Authority—around $40 round-trip, and buses depart hourly—but if you want to voyage beyond the town’s main drag, you’ll need to rent a bike or splurge on local cab fare. Bikers can hit the famously beautiful Wallkill Valley Rail Trail, which traces the old train tracks that used to crisscross the region; you can take it six miles to Gardiner to visit Tuthilltown Spirits, the artisanal distillery that spawned New York’s small-batch spirits boom, now known for its world-class apple vodka and whiskeys.

Date With a Dutchess

On September and October weekends, Dutchess County is running a series of farm-centric day trips based around three Metro-North stops within two hours of Manhattan. You take the train up from Grand Central, then hop a shuttle bus to explore your foodshed. (Prices and dates vary—it’s around $30 for adults and $6.50 for kids—and participants must RSVP 48 hours in advance at 800.445.3131 or mta.info.) Each stop has a theme: “Family Fun Farm Days” begins and ends at the Beacon train station, and visits Hudson Valley Fiber Farm—home of sheep, goats and the first-ever wool and mohair CSA—the orchards, fields and flocks of Fishkill Farms and the restored, historic blocks and art galleries of downtown Beacon. (You can choose to stop in the Dia:Beacon arts center, or Sunday trip-takers can linger over the local farmers market.) The “Farm Fresh Food, Wine, Cheese, Fine Tea & Maple Farm” tour departs from the Wassaic train station and hits the Cascade Winery, McEnroe Organic Farm—known for its organic vegetables, dairy and impressive compost operation—and Crown Maple Farm, which produces some of the finest maple syrup in the country. And the “Fall Harvest Wine, Cheese & Apple Picking Weekends” depart from the Poughkeepsie station to visit Sprout Creek Farm—beloved for goat cheeses at city Greenmarkets—the 70 lush acres of family-owned Terhune Orchards and the hilly paths of Millbrook Vineyards.

Cape May’s classic Victorian architecture, olde-fashioned ice cream parlors and saltwater taffy shops evoke Boardwalk Empire, minus the mob. It’s also easy to get there: Just take the New Jersey Transit bus number 319 from Port Authority to Atlantic City for a three-hour trip down the Jersey Shore. At America’s oldest seaside resort, great walks (dunes and marsh at Cape May Point State Park) and great seafood (dig the Raw Bar at the Lobster House on Fisherman’s Wharf) abound, but fans of farm-to-table will want to check out Beach Plum Farm at the western end of town. It’s owned by Cape Resorts Group, a hotel and restaurant company that wanted more local produce than it could buy and decided to sow its own garden. Anyone can visit, but guests of the group’s five local properties enjoy group bike trips and farm picnics. Which might inspire you to stay a few days before you bus back to the Big Apple.

For more ideas on easily accessible getaways, visit EscapeMaker.com, a database of destinations across the Northeast.
Photo credit: Rachel McGinn