Less Than a Three-Hour Drive From Manhattan, Berkshire Mountain Majesty

A weekend in Western Mass, above the fruited plain. 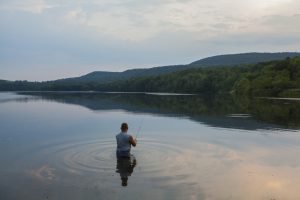 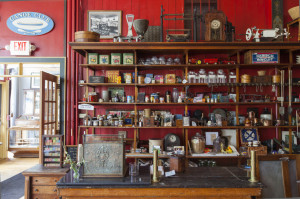 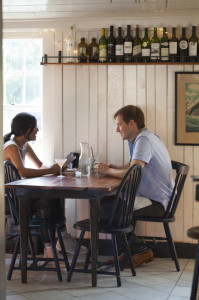 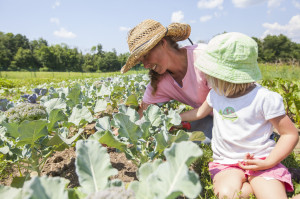 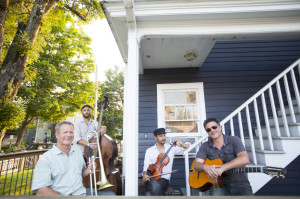 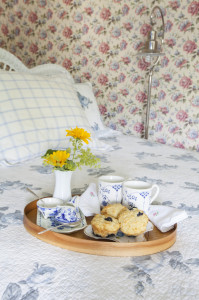 I knew I was going to like my pork chop when it came with a disclaimer.

Striking a tone that straddled apology and enthusiasm, the sweet-faced waitress at Prairie Whale informed me that, because the pork they serve is pasture-raised and whey-finished, the chops come with a thick band of fat, maybe more than I’m used to. I received this information the way one might accept the news that the only car left on the lot is a convertible, then tried to picture the malcontented diner who had inspired such a warning and wondered what she was doing in the Berkshires.

Less than a three-hour drive from Manhattan, the Berkshires region encompasses the southern reaches of the Green Mountains, a dozen white-steepled towns and a collection of art meccas like Tanglewood, Jacob’s Pillow, the Norman Rockwell Museum and Mass MoCA.

The softly sloping mountains and wide meadows interrupted by clear lakes and rivers are the farmland home you remember even if you’ve never set foot north of the Tappan Zee — these are the agricultural yearnings of our collective unconscious, reinforced by the iconic images by Norman Rockwell, who moved to Stockbridge in 1953 and made that community America’s.

All this bucolic Americana might be why artists and well-heeled New Yorkers have been flocking to the Berkshires to feed each other’s interests for well over a century. If you have the money to build a mansion in the mountains and bring the symphony with you to Tanglewood, well, why not?

Even Edith Wharton and Herman Melville traded Manhattan for the Berkshires, and their historic homes are now popular museums. The current migration, however, is more culinary than literary. Today, people visit Arrowhead, the farm where Melville wrote Moby-Dick, not just to consider the white whale but also to pick up their CSA share, take a farm tour and meet the grounds’ current residents: chickens. Visitors to Mass MoCA can head around the corner to PUBLIC Eat + Drink for a fine lobster roll washed down with craft beer, or work up an appetite on the Appalachian Trail before tucking into a sublime plate of tagliatelle with Swiss chard and a poached egg at locavore destination Allium.

And food-inclined New Yorkers aren’t heading to the birth-place of the CSA just for a weekend of pick-your-own orchards, lace-curtained B&Bs and herb-infused cocktails, but to settle down and open craft breweries or butcher shops. With talented chefs and artisans moving to small towns, for once New York City is on the losing side of a brain-drain migration.

By the time I sat down at Prairie Whale, the Great Barrington restaurant owned by Mark Firth, co-founder of Brooklyn’s Marlow & Sons, I had spent two days winding my way down Berkshire County’s verdant, two-lane highways and had already heard the term “whey-finished pork” twice: first at Red Apple Butchers in Dalton and then at Cricket Creek Farm in Williamstown, an open-to-the-public dairy where pigs grow fat and delicious on the cheesemakers’ would-be waste.

Standing inside the meat locker at Red Apple Butchers, I’d watched Jazu Stine pull yellow strips of fat off a beef quarter while explaining how meat is like wine. Stine trained as a sculptor and chef before bringing the two arts together, carving hanger steaks and ribeyes out of granite-like quarters of beef.

“What an animal eats, where it lives, it all contributes to the taste in the same way soil and place produce unique wines,” he said.

The more I talked to people about thick bands of fat and yellow wheels of cheese, the more I heard about the region’s specific grass and bacteria, water and soil. As winemakers know, every acre of farmland in the world is distinct. Berkshires residents relish the fact that the edibles they grow, raise, catch and bake might exist elsewhere in name, but only taste like this right here.

Unlike encountering sriracha at every turn, I didn’t have the impression that these were obsessed trend chasers. Rather the Berkshires are home to earnest artisans who see things like whey-fed pork and healthy soil as part of a bigger picture: systems thinking, community-centered.

Which is why Big Elm Brewery — which offers pints brewed with chamomile that finish with notes of pink peppercorn — is named for a beloved tree so large that 300 people could gather under its branches.

As Route 7 Grill’s owner Lester Blumenthal puts it, “When I started my business, one of my main goals was, ‘How can I place my hands in the soil with other community members?’ I get to go outside and take mini-vacations midday and [say to myself], ‘Wow, this is so beautiful.’ I really feel connected to the area.”

I asked a local to define the area’s quintessential eating experience. “Picnics,” she replied. Given the variety of outdoor experiences, musical and otherwise, that made a lot of sense. But beyond baskets and blankets, I kept encountering the idea of terroir, not a native cuisine but the idea that food is a function of place.

That philosophy is why John Andrews Restaurant was hailed by The Daily Meal as one of the world’s 25 best farmstead experiences, and why the 200-year-old landmark Red Lion Inn’s gorgeous dining room proudly lists Berkshire farms on its menu, serving — you guessed it — whey-fed pork shoulder.

At Pleasant and Main, a hardware-store-turned-café in Housatonic, owner and Manhattan transplant Craig Bero made a bold claim about Berkshire terroir: “I can make a better egg cream here than anyone in New York. It’s all in the water, the local springs.”

Lovers of Manhattan’s now-shuttered Bespeckled Trout or Cosmopolitan Café will find familiar ground in Bero’s latest venture, with its antique-shop vibe; I ate the best fish sandwich of my life next to an old courting canoe that he’d carefully restored.

Bero doesn’t just love his new life, he’s evangelical. His long-term plans for Pleasant and Main include a “café stay”: like a farm stay but for those who would rather brew coffee than gather eggs. He wants to help people learn the skills they would need to open their own place and live the dream. He envisions gardening weekends and maybe even wood-splitting workshops.

Which may be just the thing to draw Manhattanites for the weekend, or forever.

Find our itinerary of what to do, see and eat in the Berkshires here.