Sneak Peek: 9 Beers That Will Be on Tap at Craft New York Rare Beer Festival

Twenty six state brewers will be pouring some of their brands’ most exclusive, one-off brews for craft beer aficionados this June at Brooklyn Brewery. 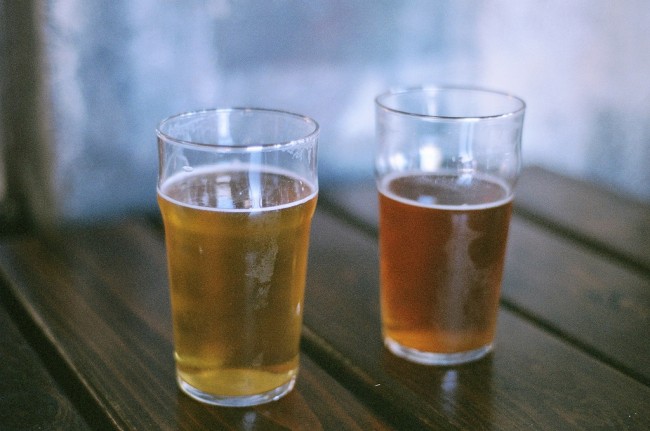 Many a time, New Yorkers are creatures of habit, even when it comes down to their beer choices. Of course, there’s one other thing that New Yorkers are not: boring. So there should be no better excuse to give a unique, rare New York State craft beer a try than at this summer’s Craft New York Rare Beer Festival.

Twenty-six state brewers will be pouring some of their brands’ most exclusive, one-off brews for craft beer aficionados this June at Brooklyn Brewery. Paul Leone, the executive director of the New York State Brewer’s Association, helped handpick the 50 beers that will be served, and says it’s a doozy of a list. “It’s really the most unique beer list I’ve ever seen,” he says. “Most of these are one-off beers that you probably won’t ever see again.”

Leone says the breweries “went all out” to exhibit their most rare, non-core branded beers. So it’s safe to say that there are some recurring themes among the brews of the Craft New York Rare Beer Festival: big beers (with big ABVs), aged beers and experimental beers. The list also includes some major award-winners. On tap at the festival: the Captain Lawrence’s Rosso e Marrone (a barrel-aged American sour blended with red wine grapes and Brettanomyces yeast) that took a gold medal winner at the Great American Beer Festival in 2013, and Crossroads Brewing Co.’s Black Rock Stout, which brought the gold home at the World Beer Cup in 2014.

Leone gave us another sneak peek at the very rare beers served at the festival; needless to say, our mouths are watering. More of the beers to be served at the Craft New York Rare Beer Festival:

Bites will be provided by Kickshaw Cookery. Tickets are for sale online, and can also be purchased the day of at Brooklyn Brewery.