At Bowery Mission, enhancing meals through a rooftop garden is only the beginning. 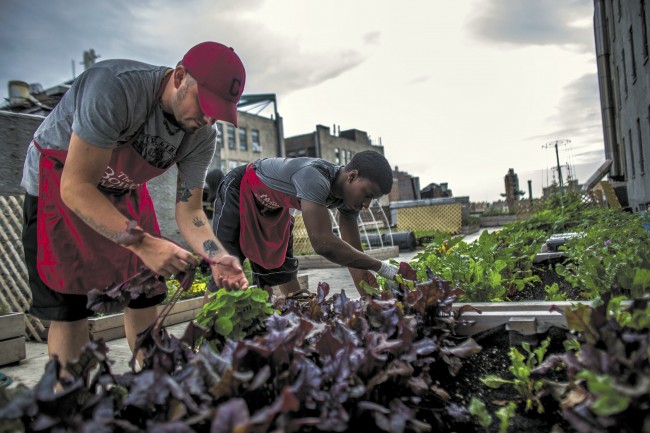 Rooted. The latest manifestation of the Bowery mission’s good will toward humanity aims to nourish its community from its own land, so to speak, while offering job training on the bridge back to life.

“What’s that?” was a common question two years ago when residents at Bowery Mission saw new offerings in the cafeteria. The transitional-home-cum-shelter, a vestige of the breadline Bowery era, has provided sanctuary and recovery for homeless men for close to a century and a half. These men have seen the worst in life, yet shuddered at the sight of a green vegetable.

But Bowery Mission is a place of transformation. Coming from the perspective that homelessness stems from a range of complex circumstances, whether financial instability, chronic substance abuse, family trauma or sexual victimization, their aim is for healing to take place in the heart, mind, body and spirit.

The Mission’s faith-based program offers shelter, sustenance, clothing, medical care, counseling, legal aid and housing placement alongside an extensive rehabilitative curriculum. The 80 residents, who stay for 6 to 15 months, are provided a loving, supportive community off the streets, where they can overcome addiction, restore to wholeness and acquire life and job skills training. 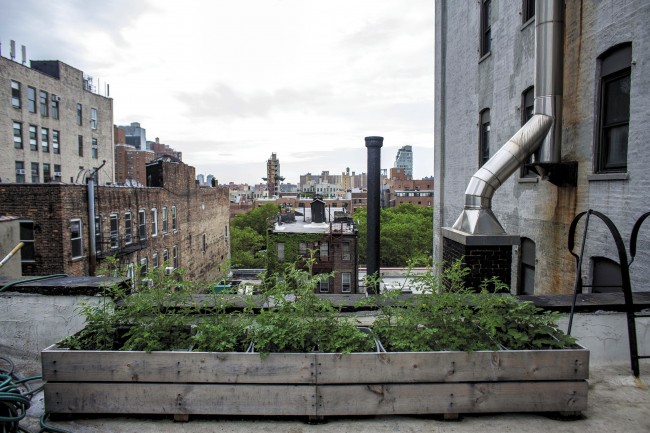 They also receive three meals a day. And lately, if you stepped in to volunteer in the kitchen, you’d find residents expressing fondness for the likes of broccoli, bok choy and sautéed spinach.

This development traces back to 2011 when Mission operations director Matt Krivich agreed to participate in the neighboring New Museum’s IDEAS City Festival. He had absolutely no clue as to what his “interactive project” would be.

Back then, he often sought respite from the Mission’s bustling activity by going up to the rooftop to clear his head. He laughs, relaying how he would regularly find unexpected company there as residents stepped out to sneak cigarettes (roof access was prohibited). He wondered if the roof might be put to another use. Which is when he realized exactly what his project would be. 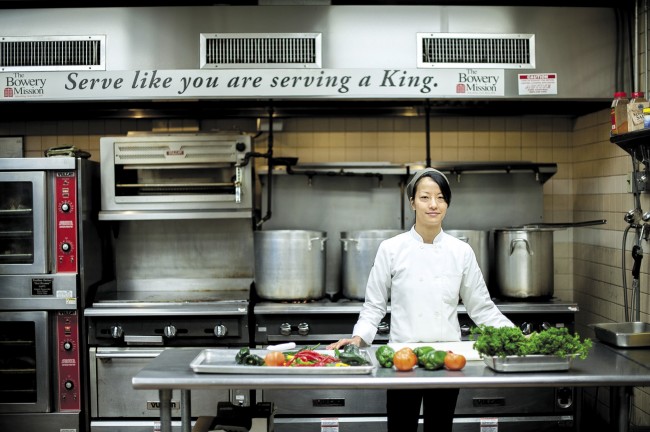 Matt, who radiates Midwestern earnestness, sees feeding the body as essential to recovery as feeding the soul. He envisioned how a rooftop could be a training ground for budding gardeners, a chance to work the soil and live the metaphor of a seed sprouting after a long, cold winter.

Green-roof specialists Greensulate dashed his hopes when they came back with a 30-grand estimate — but then decided to build a garden bed free of charge. By April 2011 it was installed, complete with rooftop delivery of materials by crane.

What’s more, the successful fledgling project led to a $30,000 grant from the United Way. Greensulate returned with another crane delivering more materials for a 2012 rooftop garden with over a dozen garden beds producing the likes of kale, collards, tomatoes, basil, peppers, mint, squash and eggplant.

But enhancing meals is only the beginning. A training curriculum could add to residents’ skill set for employment. And Brian Johansson, vice president of operations, beams as he hints at bringing the initiative to the Mission’s other facilities, such as a chicken coop to the Mission’s women’s center in Harlem. Other plans include expanding to a neighboring roof, which, once they secure a railing, could become an educational garden for local schoolchildren. And this year volunteer Amy Anthony, a master composter, will set up an irrigation system and companion planting. 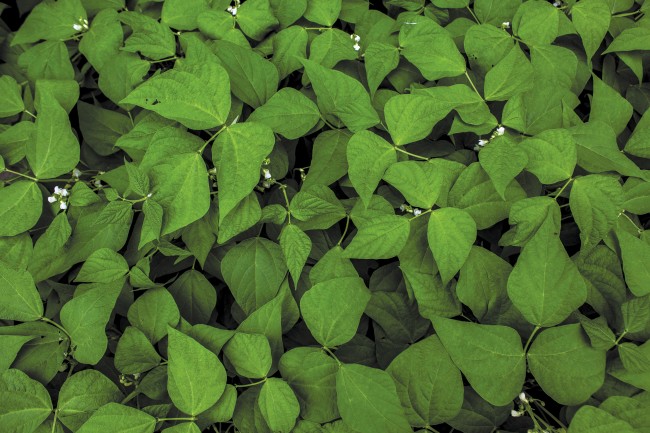 Meanwhile, the residents have come a long way since those early cafeteria reactions. Now the rooftop harvests feature everything from calendula to collards and carrots, all of which has been a boon to the head chef since the first picking.

“It was fantastic,” says Ping Lo, the lovely chef whose start-time two years ago coincided with the residents’ new-found love of broccoli and bok choy. “We didn’t know what to do with it all.”

They soon figured it out. Mint became mint tea, peppers became salsa and basil found its way into bruschetta and “bowls and bowls” of Capri salad. Not so shabby for an organization historically known for its bread offerings.