Rediscovering the most succulent feathered beast. 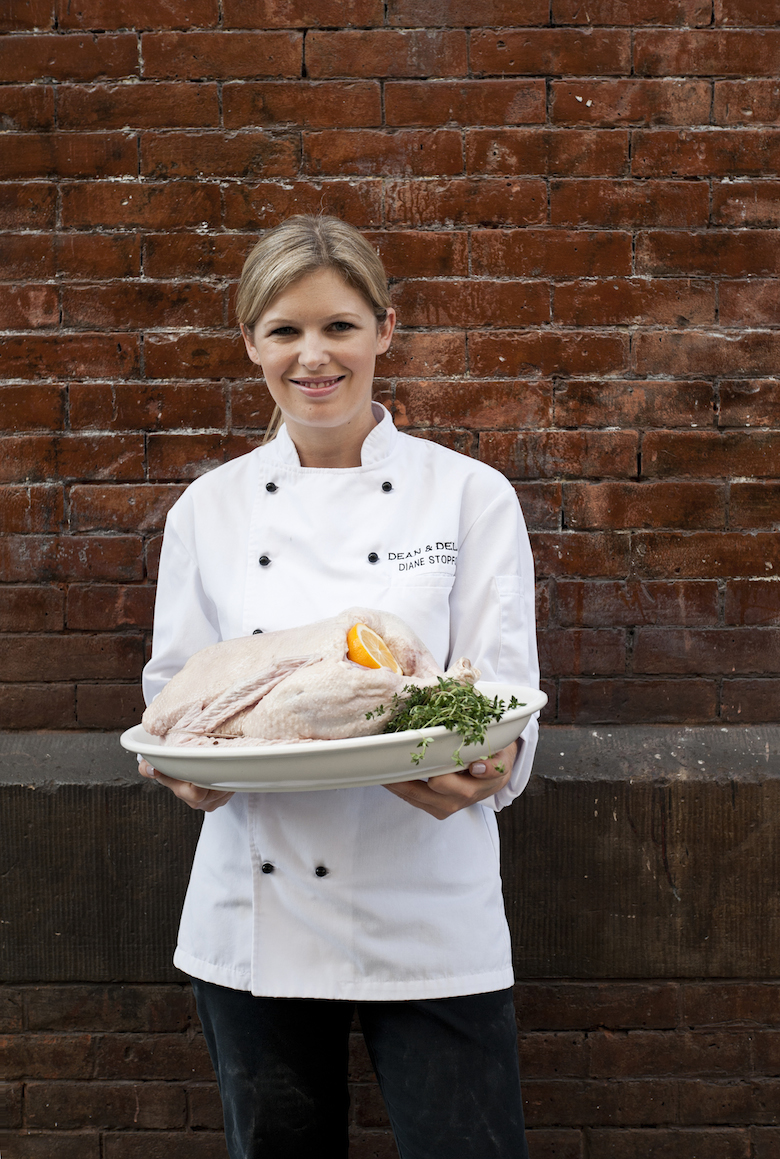 For several years, enlightened eaters have sought out heritage-breed turkey as their holiday it-bird. But another feathered edible is increasingly finding favor as a celebratory centerpiece: goose.

But few foods can compete with goose’s famously rich flavor, and some 21st-century New Yorkers have been seeking out the birds. Like ducks (and the people who eat them often) geese boast a luscious layer of fat right under their skin—and the magical leftover golden grease (Escoffier’s favorite!) can transform plain roasted potatoes, carrots or just about anything from earthly to ethereal.

Plus, all that fat makes it practically self-basting: Ariane Daguin, the owner of D’Artagnan, the New Jersey–based supplier of game, charcuterie, foie gras and gourmet poultry, calls goose “a foolproof bird. It’s very moist,” she says in her French accent, “and very good, all the time.”

This fowl is traditional Christmas fare not just because it’s large and rich enough for special occasions. More important, as with Easter lamb, the ingredient’s annual association stems from its seasonality. Even today, when most poultry is artificially inseminated, geese mate naturally, in their own sun-triggered cycle, without the artificial aid of the proverbial turkey baster. So while chicken and turkey are on offer year round, farmers only slaughter and sell fresh goose as fall turns to winter.

“Geese don’t start laying until spring,” explains Carmella Quattrociocchi, whose family has been raising poultry since 1944 at Quattro’s Game Farm in Pleasant Valley, New York, and selling it at Union Square Greenmarket for decades. And it takes several months to grow from gosling to harvest weight.

There is, in other words, a goose season, and it is now.

“We sell most of our turkeys at Thanksgiving, including heritage and wild turkeys, but it’s geese that we sell the most of in December,” says Quattrociocchi. “We are usually sold out by the day after Christmas.”

Quattro’s geese, of the Embden breed, are raised upstate on ground corn, wheat and oats. Once plucked and dressed, they weigh around 10 to 12 pounds, though occasionally Quattro’s carries bigger birds, in the 18-pound range.

At D’Artagnan, Daguin sends out nearly 2,000 geese a year, nearly all during November and December, when the company gets geese twice a week from a farm in Pennsylvania. D’Artagnan sells to retailers like Dean & DeLuca, Fairway, Citarella and Grace’s Marketplace, which usually require pre-orders, as well as to home cooks via its Web site, and reports increasing orders. (Should you like somebody else to do the cooking, Daguin also sells geese to a growing number of restaurants including Bouley, Daniel, Felidia, the Four Seasons, the ‘21’ Club and Union Square Café.)

Heritage Foods USA, the New York City–based company run by the founder of Slow Food USA, sources heritage geese from the celebrated Kansas-based Good Shepherd Poultry Ranch and sells the birds through its Web site, at its stand in the Essex Street Market and to many restaurants.

Frank Reese, founding farmer of Good Shepherd and champion of heritage poultry, is working to preserve breeds that have been eaten for centuries. Geese have been domesticated for over 4,000 years, and a century ago, it was common for American farmers to raise several breeds, often in their backyards.

“Each one,” says Reese, “had a particular flavor.” But they’ve been all but forgotten in the Butterball decades, and the ironic tragedy of domestic livestock is that when people stop eating them, farmers stop keeping them, and they go the way of the dodo.

Heritage Foods carries the Good Shepherd Poultry Ranch’s African brown goose, which, nomenclature notwithstanding, descends from Asia. The African is “the larger of the Asian-type geese,” boasts Reese. “It has the darkest meat and less fat, a little longer in the leg.”

His long-legged pastured birds eat grass, but also enjoy corn and the occasional treat, says Reese: “We go to the bakery and bring them back cinnamon buns and whole-wheat bread.” Which gives a delicious new meaning to the term “stuffed goose.”

But while these birds are regaining some ground, goose has a long way to fly before winning back its long-lost place as the Christmas dinner standard bearer. Even in Charles Dickens’s 1843 A Christmas Carol, the Cratchit family was spared the fate of having only goose by the newfound largesse of boss Scrooge who brought them a bigger, breastier, more expensive bird from the New World: turkey.