The Mother Ode: A Toast to Our Moms

This weekend is that time of year when we’re told we should honor our mothers. And for us Edible editors, we can unsurprisingly embrace that sentiment via food.

This weekend is that time of year when we’re told we should honor our mothers. And for us Edible editors, we can unsurprisingly embrace that sentiment via food: our moms are intuitive bakers, industrious caretakers, imaginative homemakers and, apparently, meatball matriarchs (there’s more than one on our list).

Everyone’s got their own, and here’s a celebration of ours. To you, mom: 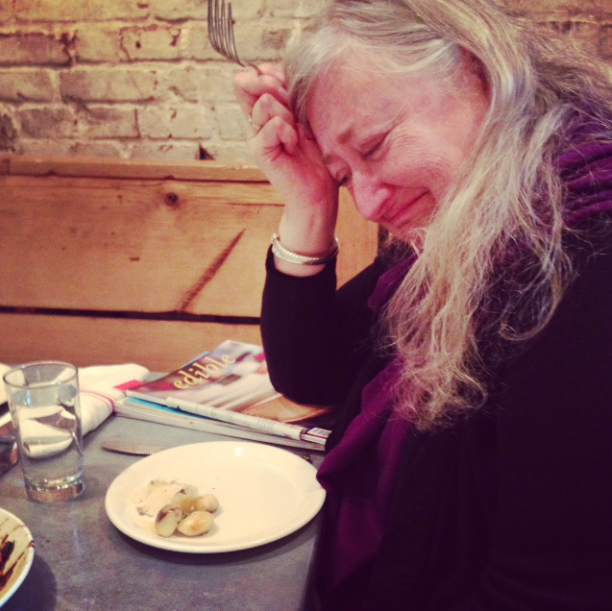 Gabrielle Langholtz
Like most kids, on my birthday I could request whatever I wanted for dinner. I always begged for spaghetti and meatballs — which now seems funny, since Mom already made that twice a week, year round.

Mom had also grown up on those meatballs, stirred and shaped by her own dad, Nunzio Moretti, who worked as a mailman and security guard, but at home tended a garden, made everything from scratch and could probably have cooked circles around Giada.

These days, I’m as likely to crave Korean or Cambodian. But I love making fresh pasta with my own daughter and when Mom’s in town, Italian is the only option. She’s tough to impress, believe me, but the gnocchi at Il Buco brought nostalgic tears to her eyes. And on my last birthday, Mom took me to Del Posto, where the tasting menu was almost as good as the meatballs Grandpa Nunzio taught her to make. 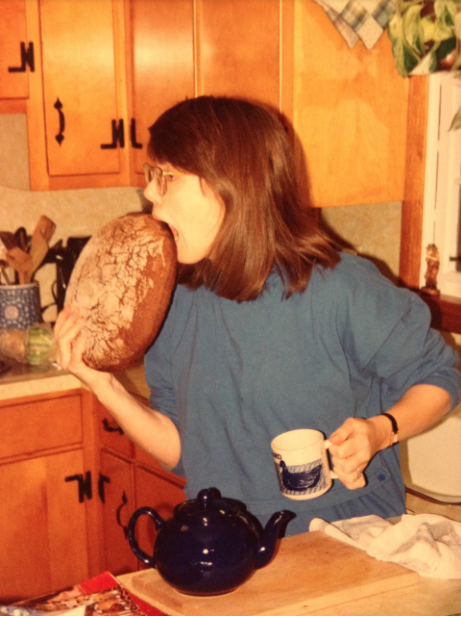 Caroline Lange
Every Easter, my mom pulls out a floury, stained and deeply creased recipe, handwritten on a piece of notebook paper by her grandmother. The recipe is for our family’s Easter Bread: sweet, eggy, challah-like loaves spiced with cardamom. We mix it together in the biggest bowl we have — it’s one of those old recipes that reads, “add flour until it feels right”; my mother’s handwriting (“about 7 cups”) is layered over my great-grandmother’s — and then we braid the dough into nests, each with a whole egg baked into its center. It’s the best Easter breakfast, especially toasted and served with orange juice. I couldn’t find a photo of Mom with our Easter Bread, but here she is goofing off with some other homemade loaf. 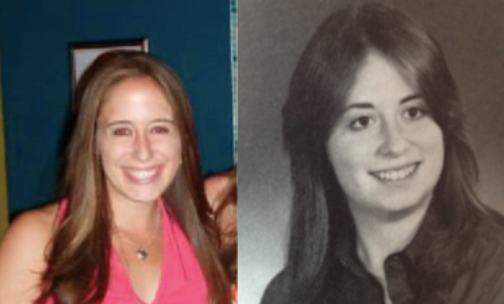 Marissa Finn
I’ve always said that my mom has this ridiculous ability to “get shit done.” She moved me into college in a single afternoon with bronchitis and broken ribs. After Hurricane Sandy, she found gas on her first try while I went to five stations and failed each time. And she manages to seamlessly cook up dinner for 40-plus at every holiday.

Everyone says we look alike, and my mom’s high school classmates have stopped me on the street on several occasions to ask whether we’re related. People think we have a lot in common, too: we’re the only two in the family that prefer the kitchen to the couch, and neither of us has “let’s just order in” in our vocabulary. But I’m yet to be told that I have her “get shit done” superpower. Perhaps it will come with age. 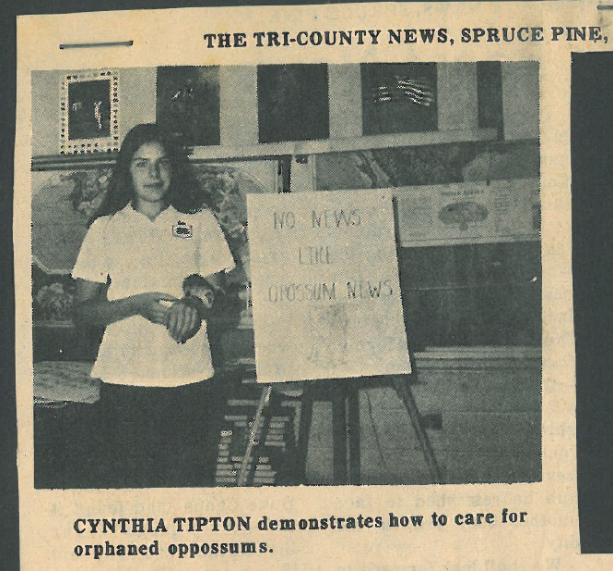 Lauren Wilson
Having a mom who is a farmer and a nurse, I grew up feeling like I never had an excuse. For what? Well, for anything, really.

She began driving farm equipment when she was twelve, trick rode the family’s horses in her backyard and raised a slew of injured and orphaned wild animals (George, the opossum pictured above, is only one example) all before graduating high school. She is a walking, talking Audubon Field Guide to North American Wildflowers and has probably brought just as many calves into this world as she has humans. And she makes some damn good cornbread to boot.

She sets the bar high for her kids (we’re frequently reminded that she “didn’t raise a bunch of wusses”). What she expects in performance though, she also supports with unwavering confidence. She’ll do “anything in her power” — which is saying a lot, believe me — for us kids. Ain’t no one like her. 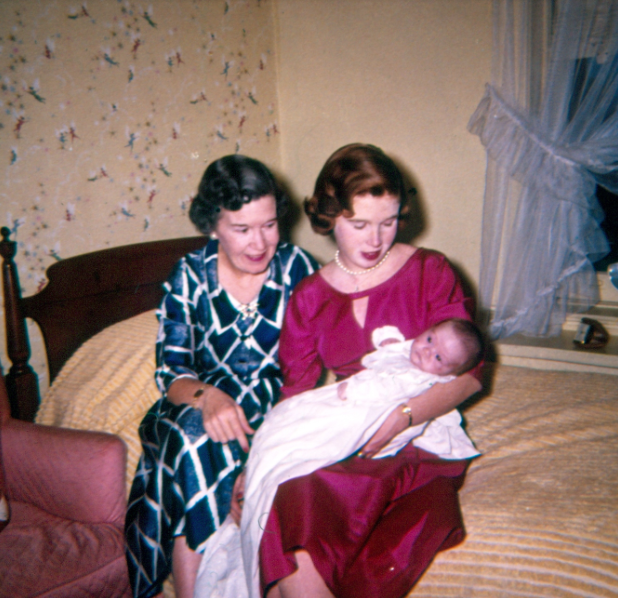 Betsy Davidson
My mom grew up in a lovely brick house in Garden City where meals were served in the dining room on the everyday china. There were linen tablecloths, napkins and, on special occasions, a celery tray. They were a dignified and well-mannered family. Adventurous gourmands, not so much. The dinner menu consisted solely of the following: roast chicken, beef, leg of lamb or turkey (Thanksgiving and Christmas, only), lamb chops, pot roast and filet of sole (on Fridays). These meals were ordinarily served with mashed potatoes and peas. In the summer they had steak, corn and tomatoes. Spices and seasonings were limited to salt, pepper and sugar. Neither an onion nor garlic ever darkened the door of their kitchen pantry. My grandmother never considered their meals bland or humdrum; honestly she just wasn’t that into food… except for chocolate.

Apparently, my mom was a repressed epicure as we five kids grew up eating pretty much everything from well-seasoned dishes — inspired by From Julia Child’s Kitchen, The Joy of Cooking or one of the 500 some-odd cookbooks in her ever growing collection — to takeout chow mein. We were not only encouraged to taste new foods, we were members of the Clean Plate Club, too. Even if dinner was calf’s liver with sautéed onions we ate it, after all there were those starving children to consider.

Thanks, Mom, for raising some food adventurers. With the exception of that calf’s liver, you will always be my yummy inspiration. 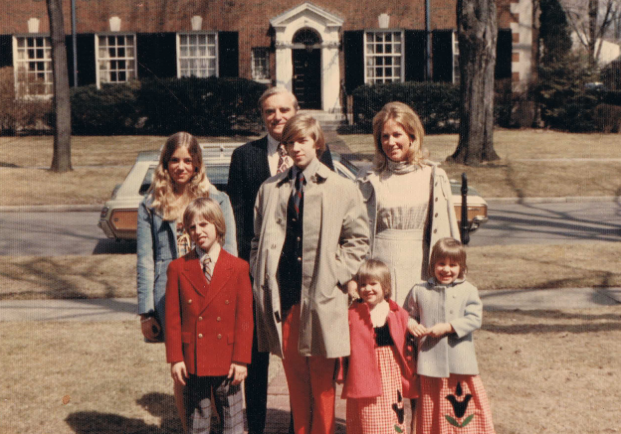 Carrington Morris and Lindsay Morris
A toast to you, Mom, for giving us a spirit of food adventure. Piling in the station wagon on Saturday mornings headed toward Michigan country, where any given dusty road might turn up a farm stand whose corn we’d later be shucking on the back porch.

For growing mint in the garden for iced tea, basil and tomato for our sandwiches.

For teaching us the virtues of adding beer to chili and fondue and letting us know that easy recipes taste just as good as difficult ones.

And for your cornucopian jar of granola. The Detroit Free Press archives don’t go back far enough for the original, but the following is close:

Store granola in a glass jar and add to regularly with whatever you happen to come across, such as almonds and dried apricots. (Added ingredients are best when lightly toasted with salt and a little olive oil on a cookie sheet before incorporating.) Have available for whatever friends, relatives and strangers that happen by. Never let jar go empty. 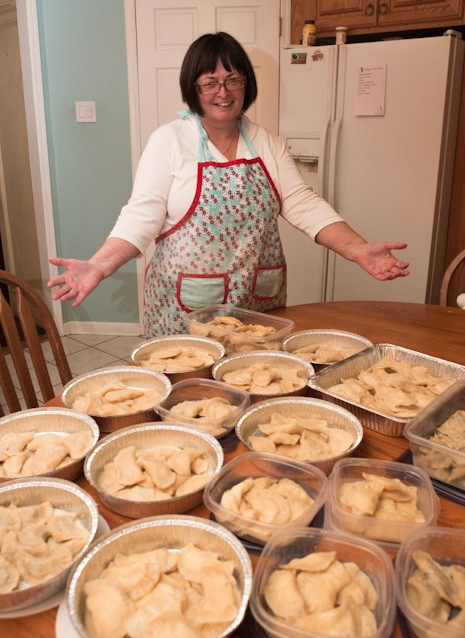 Vicky Wasik
Want to know where to get the best pierogi in Greenpoint? Here is my mom in all her glory making dozens of the buttery, doughy, potato- and cheese-filled Polish dumplings for Christmas last year. She does it a couple of times a year for the holidays, and usually gives most away to friends and family. She took over the tradition when my Babcia (grandma) couldn’t manage anymore, and hopefully one day I can master the skill as well as they both did. I love this photo because it shows my mom’s joy of giving. 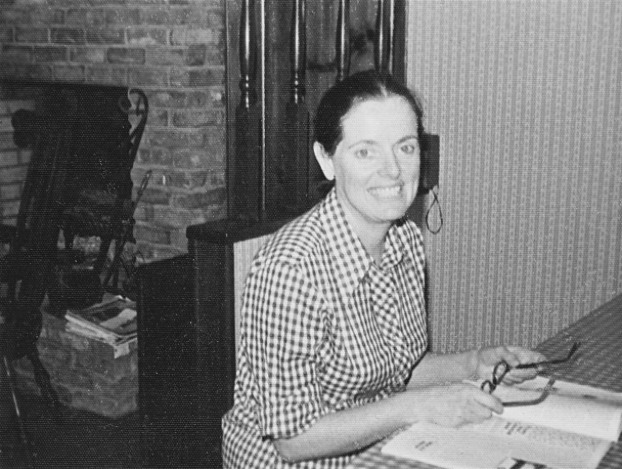 Amy Zavatto
Everyone with a decent relationship with their mother thinks she’s the best. I’m no exception. My mom, Virginia, was truly the nicest person I ever met. She also made the best meatballs of anybody. Ever. And she was Irish.

My dad likes to boast that he taught her to cook, and that may well be true (he’s a butcher and Italian and, thus, an awesome cook — who could possibly argue such basic ingredients?). There’s a funny story about when they first got married and she wanted to surprise him with a fried shrimp dinner, but she didn’t realized you need to take the shells off. Those were extra crunchy, I’m told. But she became a great home cook, always with a little extra bit of artistry in the mix — chiffonade bits of parsley sprinkled atop a dish. Perfect slivers of scallions tossed on her own homemade version of Shake n’ Bake-esque pork chops. Cracker boats constructed out of two Saltines, one smeared with cream cheese, the other carefully sliced into a triangle half, nestled in the spread, and set asail in a mini red sea of tomato soup.

She passed away in ‘89, and there are so, so, so very many things I wish I could talk with her about, cooking among the topics that would have me ringing her up daily. And number one top priority: how she made those meatballs. I used to watch her sitting exactly where she is in this photo, a large yellow Pyrex bowl with my dad’s prime chop meat, milk-soaked white bread, parsley, garlic, salt. A small bowl of water she’d dip her elegant fingers in to keep the meat from sticking to her hands. I try to recreate hers, but — like any home cook putting his or herself into a recipe — the ones I make are mine, not hers. And that’s okay. What mom’s do is give you the ingredients, whether for meatballs or to be a decent human being. I mean it when I say am grateful for that.