One hundred percent of ticket revenue from the October 16 event will go towards hurricane relief in Texas, Florida and Puerto Rico. 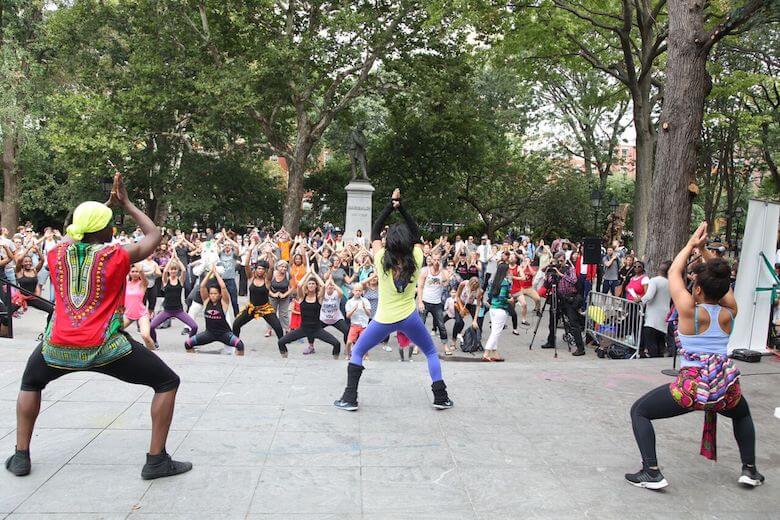 Food Tank has partnered with Broadway and television stars, award-winning music producers, and an acclaimed director to invent a one-hour immersive dance experience led by an all-Broadway cast.

Food Tank, one of the fastest growing sustainable food organizations in the world may be best-known for their sold out policy “Summits” which take places across the United States. Now, the organization is inventing a new form of immersive entertainment they are calling Garjana.

To accomplish this, Food Tank has partnered with Broadway and television stars, award-winning music producers, and an acclaimed director to invent a one-hour immersive dance experience led by an all-Broadway cast from shows ranging from “Wicked” to “Charlie and the Chocolate Factory.” Each event has been drawing hundreds of participants and media outlets from Billboard to Playbill Magazine hailing Garjana as “NYC’s hottest trend.”

The next event is to commemorate World Food Day and will take place in the Union Square Ballroom on October 16. One hundred percent of ticket revenue will go towards hurricane relief in Texas, Florida and Puerto Rico via #GiveHealthy and Feeding America. More than 50 food, dance, theater and fitness organizations have joined as partners.

“Garjana is our way to grow the food movement and work more closely with allies in the art, dance, theater, music, health and fitness communities to build a bigger tent to advance our shared values for food system change,” says Danielle Nierenberg, president of Food Tank.

The event promises to be full of surprises. The lineup includes fire breathers, performances from local dance studios representing world styles from five continents, and dance with all new music from DJ Vikas (known for headlining the Wanderlust Festival). Broadway star Monica Kapoor will also lead fellow Broadway dancers to her choreography. And because this is an event powered by Food Tank, the night will include tasty treats and snacks provided by Great Performances. The event is all ages and no experience required

A month later Food Tank is taking Garjana’s debut to Washington, DC as part of a fundraiser to raise awareness around World Diabetes Day Tuesday, November 14.