Good food, good people and good music. Sounds like the holidays to us. 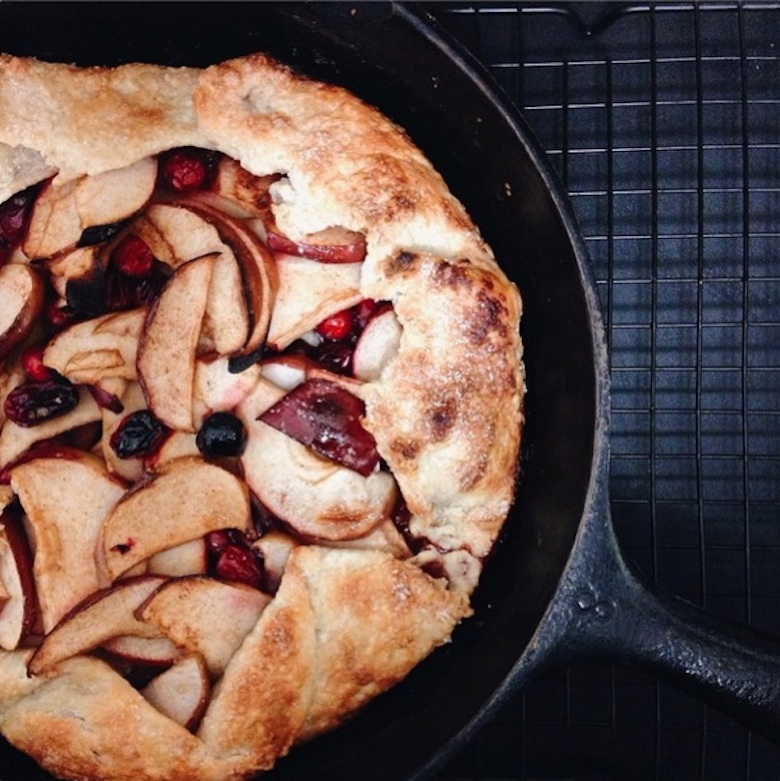 Caroline Lange:  “Heatwave” by Martha and the Vandellas
Detroit is the birthplace of my best friend Adina. It’s also the birthplace of Motown. Over the course of our friendship, Adina has given me a lot, but perhaps nothing so important as a deep love of the Supremes, the Four Tops, the Marvelettes and Stevie Wonder. It’s my favorite music to cook to, and it makes everybody happy. This year, I’m giving thanks for Adina — and for this song by Martha and the Vandellas.

Gabrielle Langholtz: “Thank You” by Dan Zanes
Back in 2007 I had great fun interviewing rock star Dan Zanes in his BoCoCa kitchen about  food habits (and how much glue he puts in his hair). Two years later, when I had a kid, his music entered heavy rotation in my life’s soundtrack. (Along with They Might Be Giants, whom I had also interviewed while kidless, and whose children’s albums are as awesome as the stuff I enjoyed pre-spawning.) My favorite Dan Zanes song, entitled “Thank You,” is especially apropos to blast at Thanksgiving.” My favorite lines: Thank you for the Earth we plow, thank you for the fields of wheat, thank you for the stones that grind, thank you for the bread we eat. These lyrics work well as a Thanksgiving blessing, but the song’s also awesome to dance to, with or without a 5 year old.

Lauren Wilson: “Tezeta (Nostalgia)” by Mulatu Astatke
I first heard this song while watching the trailer for Funk, God, Jazz and Medicine. It’s relaxed jazz that can rest in the background during dinner chatter or, if you’re hosting music lovers, can be the center of conversation. It’s been my work soundtrack for the past couple of months since I find it interesting enough to keep me stimulated, but subtle enough to complement other activities. Dig it.

Eleonore Buschinger: “The Köln Concert” by Keith Jarrett
To say that I adore Keith Jarrett barely describes how I feel about him. I’ve listened to his different concerts a billion times. Back in 2010 I was so obsessed with him that I was listening to his 1975 Köln Concert every day. Yes, every day. And yes, it’s an hour and six minutes. But it’s so perfect  for when you need to spend hours in the kitchen getting ready for the feast, when you’re actually feasting and when you’re napping after the feast. My small treat for the day: the last 7 minutes of the concert to whet your appetite!