Starting Today, You No Longer Have to Pay Dues to Join Dinner Lab

Their general model remains, except interested diners are no longer required to pay the initial $175 membership fee. 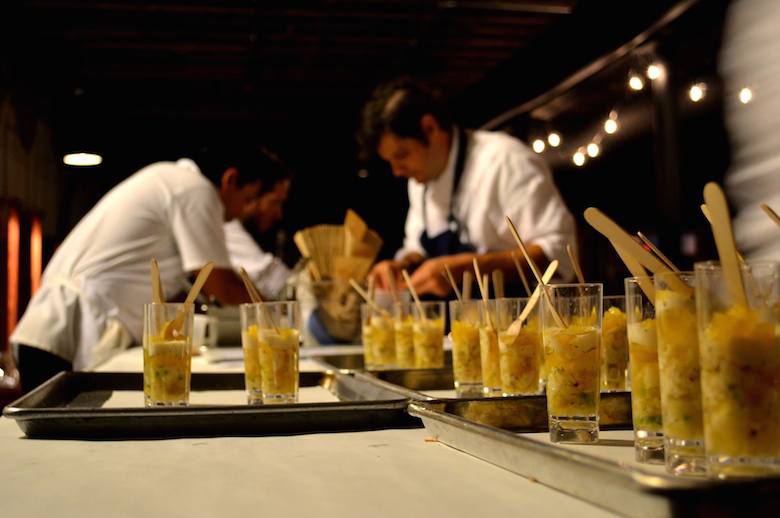 One of the city’s most exclusive and popular pop-ups has just made it a little easier to join the club. Starting today, Dinner Lab — the supper club “conceived with the simple notion of discovery” — has launched a no-fee membership option.

Started in New Orleans in 2012, the underground dining club now operates in over two dozen cities nationwide. It began as a space where both chefs could experiment and in-the-know gourmands could flock. The initial concept was simple: Interested and informed diners paid $175 for a subscription and they received an e-mail when a dinner was on the books. If they were interested in that particular event, they could then pay an additional $50 to $80 fee to attend the multi-course meal, drinks and tips included. Added to the list, they then received an e-mail the day before the dinner with the location (usually somewhere unconventional, like former brothels or warehouses). Chefs won because they could share new concepts with and get feedback from a captive, informed audience while attendees treasured a clandestine experience that connected them with a larger, enthusiastic dining community.

This general model remains, except interested diners are no longer required to pay the initial $175 membership fee. Instead, they have a couple of options:

Individual dinners will stay at 110 to 130 people but increase in frequency. When asked about the Dinner Lab’s new tiered membership model, co-founder Brian Bordainick expressed excitement that there’s now less of a barrier for interested customers “to interact with the brand.” “We’ve gotten really good at throwing cool dinner parties,” he added, “and the community that we’ve built is what we’re most proud of.”