Deck the Halls with Rounds of Rosemary

For everyone on your list who’s said, “Christmas is okay, but I wish I could eat the decorations.” 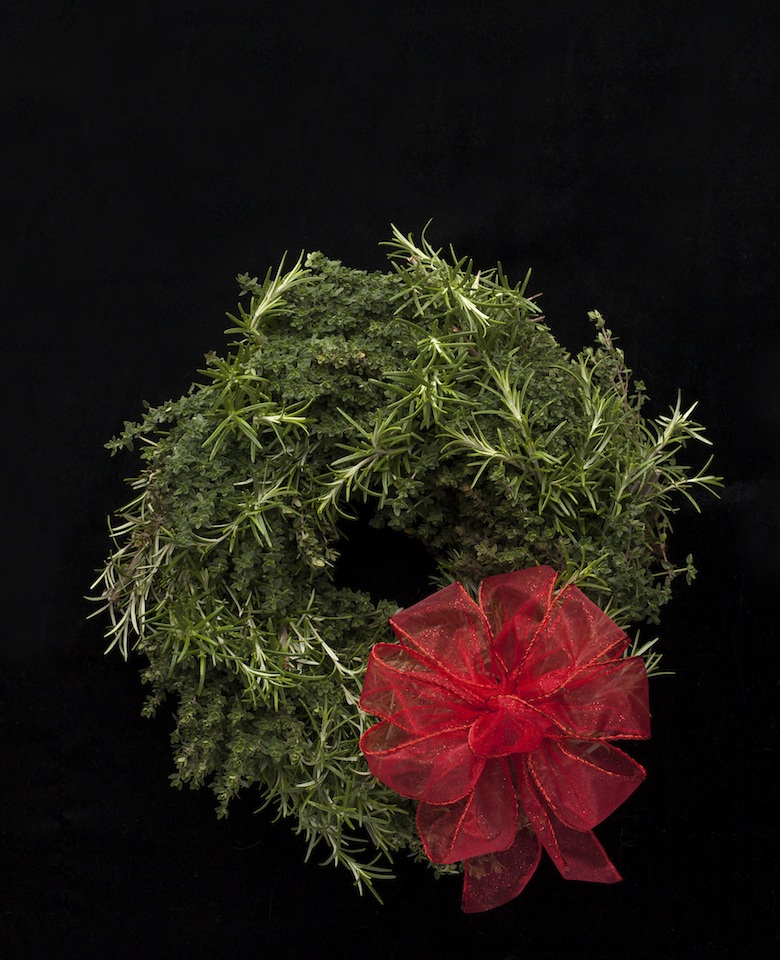 Farmer Ron Binaghi was just a teenager when his dad brought him to the Greenmarket’s opening day back in 1976, but he’s grown up in the decades since— and so have his offerings. He jokes that, no matter what new crop he plants — from heirloom tomatoes to purple potatoes — jaded New Yorkers soon say “so what?” We’re tough customers.

But Binaghi’s Stokes Farm stand is a favorite with some of the toughest customers around: chefs from ABC Kitchen, Gramercy Tavern, Nick & Toni’s, Mercer Kitchen and Telepan — especially for his famously aromatic herbs. Over the years, Binaghi has expanded plantings to include the likes of chocolate mint, pineapple sage and that aptly named lemon thyme.

One day in the mid-’90s, the herb expert Sal Gilbertie came by to stock up for a wreath-making class he was teaching in Westport, Connecticut. Binaghi and his wife, Jeanine, asked for a quick tutorial, and a perennial best-seller took root.

After experimenting, they settled on thyme and rosemary for their sturdy leaf and stem structure that hold their shape. The Binaghis make fresh wreaths from just-harvested herbs each day, but even once they begin to dry, they’re better than anything in your spice cabinet — perfect for snipping into soup, tucking into turkey or just stringing over the stove to scent the scullery.

Today the Binaghis grow a full football field of each herb — thyme, lemon thyme and rosemary — 75 percent of which goes into these rounds each November and December so you can have your wreath and eat it, too.