A Soil App Aims to Get Kids Deep into Dirt

Most kids today are at least a generation removed from the farm. A new app is helping helping kids understand where their food comes from. 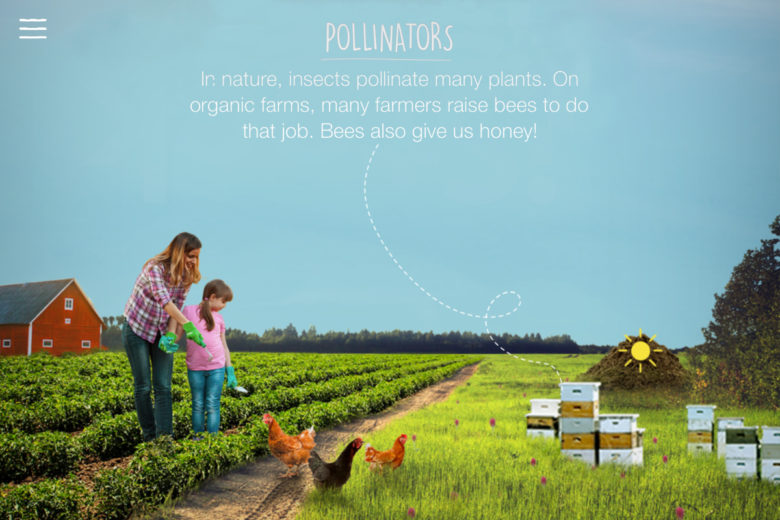 Editor’s note: We kicked off our first annual Food Loves Tech event last summer in Chelsea—here’s a recap. We’re bringing a taste of the food and farming future back this year, but just across the East River at Industry City. This story by our friends at Civil Eats is part of an ongoing series about technology’s effects on our food supply.

Seven years ago, in the first season of his television show Food Revolution, chef Jamie Oliver visited an elementary school classroom in West Virginia to gauge first-graders’ familiarity with fresh, healthy food. What he discovered was troubling. While all the children were well-acquainted with ketchup, not one could identify a fresh tomato, nor could they name other common vegetables such as cauliflower, beets, and eggplant. In the show’s second season, Oliver found that high-school seniors were often just as confused: One seventeen-year-old student believed honey was produced by bears and while another thought cheese came from pasta.

Oliver’s on-air quizzes were purely anecdotal, of course, and surveys attempting to quantify American children’s food literacy are scant. But a British study released in June found significant food confusion among children in that country, and it’s unlikely that children in the U.S. know any more considering the fact that 7 percent of Americans actually believe that chocolate milk comes from brown cows.

Most kids today are at least a generation removed from the farm. Whereas 100 years ago, around one third of Americans farmed, only 2 percent of the American population still works in agriculture, with 72 percent of surveyed adults now admitting they know “nothing or very little” about farming. Our diet, too, reflects this agricultural disconnect, with almost 60 percent of Americans’ daily calories coming from ultra-processed foods sold in supermarkets and restaurants.

One group working to address this growing literacy gap is the Center for Ecoliteracy. The Berkeley-based organization has been working with schools for the last two decades to teach sustainability and help kids get familiar with the basics of where their food comes from and how it gets to their table.

In collaboration with the Whole Kids Foundation, the organization has just released a new, free tablet app called Starting with Soil, designed to use colorful, interactive experiences to teach kids about our food system’s most fundamental building block, including how soil is formed, the roles animals and people play in keeping it healthy and fertile, and the basics of seeds, pollinators, and organic farming practices.

Civil Eats spoke recently with Zenobia Barlow, the organization’s co-founder and executive director, about the genesis of the Starting with Soil app and what the organization hopes it will accomplish:

What inspired you to create Starting With Soil? And why did you choose to focus on soil?

We asked ourselves, “What is the thing we would most like young learners to experience and understand?” We chose soil because it contains most of the life on earth, and is literally the foundation for everything we eat, and everything that supports our lives and the lives of the beings around us. Our hope is that the app instills in children enthusiasm and curiosity about the world around them, and a profound sense of understanding about their role as part of this larger, vibrant world. It provides a real opportunity for families to learn and garden together, too.

But is “soil” too esoteric a topic for kids who might not be able to name even common fruits and vegetables?

We realize that children may come to the app with very little food literacy, so we designed Starting with Soil to be highly interactive. For example, young learners are able to plant a seed, take a microscope underground to see who lives there, and journey through the last 500 years to watch an inch of topsoil form. Time-lapse photography, animation, and stunning visuals tie it all together. In other words, we made it colorful, dynamic, and fun. That’s one way to get kids—even those with little prior knowledge—to dig in. 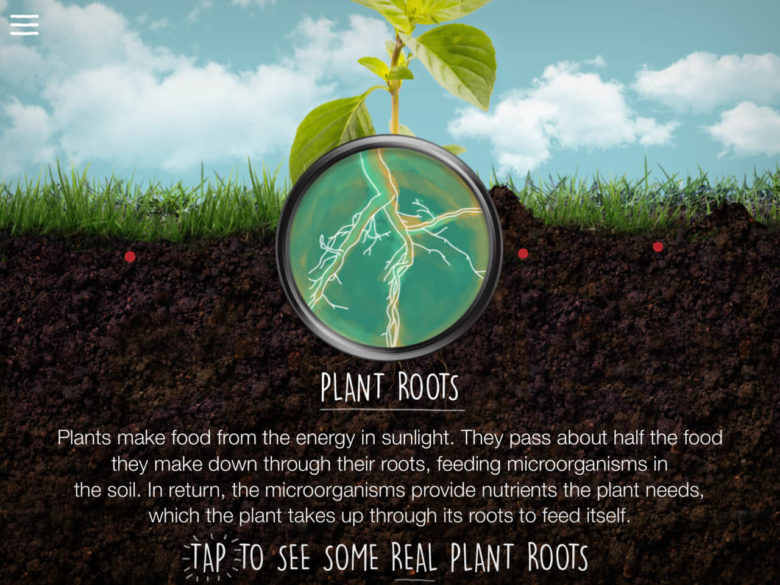 How was the app funded and developed?

The app came about through conversations with the Whole Kids Foundation [founded by Whole Foods Market in 2011] over an extended period, and then United Natural Foods, which distributes natural and organic foods, helped fund it through a grant to the Whole Kids Foundation. We kicked off the effort in 2105—a nice coincidence, as that was the United Nations International Year of Soils—and spent two years developing and refining the content.

Did you design the app with a particular age group in mind?

The app was created at a third-grade reading level because it’s a time when many science teachers create lessons to help students understand the relationship between soil, plants, and humans. But much of the content is appropriate for older children, too. We also think parents will find that it helps them to initiate conversations with their kids about how fruits and vegetables grow. So, really, we’re striving to reach learners between the ages of six and 12.

How are you planning to get the app into the hands of as many kids as possible?

We’re working hard to make parents, garden educators, and other outdoor educators aware of the app, which is free. Since school gardens are becoming increasingly common, the hope is that the experiential learning students do in the garden augments classroom science instruction. And Starting with Soil compliments both. 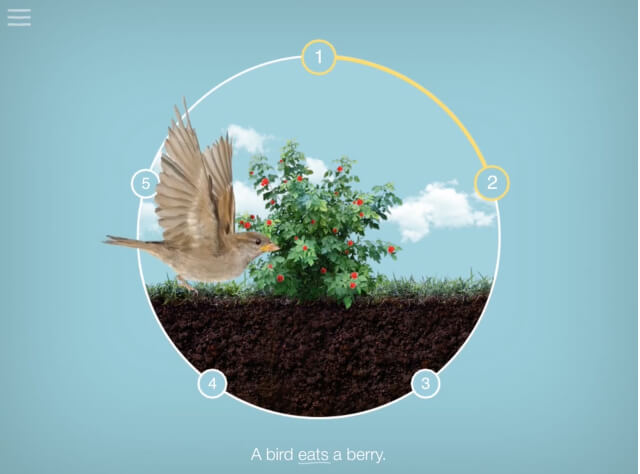 Why did you choose the tablet as your teaching platform? And is there any concern that you won’t reach underprivileged kids?

We felt the tablet offered something we wanted to leverage: the ability to show movement and sound, and convey the wonder of living diversity in ecosystems. We’ve also seen a trend in schools away from PCs to tablets, including iPads and Androids. They are cheaper than laptops and can be shared more easily. Also, because they don’t have a “lid,” it’s harder to hide things from the teacher. And they are more portable, which make them usable in outdoor and garden settings.

If families or schools are inspired by the app to start a garden for the first time, does the Center offer any resources?

In collaboration with Annie’s Foods, we offer Creating Gardens of Goodness, a downloadable booklet that offers advice for designing, creating, and maintaining five types of educational gardens. We also offer Getting Started: A Guide for Creating School Gardens as Outdoor Classrooms. Parents who are learning to garden will enjoy the sections on nurturing a child’s curiosity and understanding nature’s cycles.

What’s next for the Center in terms of new teaching tools for kids?

Ultimately, what do you hope young users will take away from Starting with Soil?

We always envisioned this as working beautifully as a companion learning tool in school and home gardens. Learn some principles on the tablet, see what microorganisms and pollinators look like and how they function and interact. Then go outside, get your hands dirty, and viscerally connect that learning to growing real food.

This interview has been edited for clarity and length.