Some folks might see colors and shapes while hearing music; Tracy Candido and Laura Leebove envision compositions of flavors. 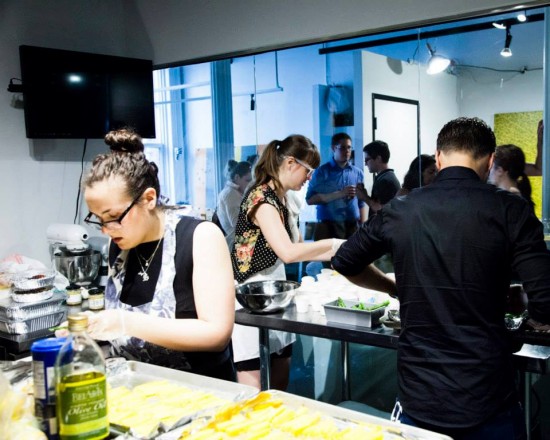 Some folks might see colors and shapes while hearing music; Tracy Candido and Laura Leebove envision compositions of flavors.

Enter Supper Studio: a new supper club Candido and Leebove that invites a band to play for a group of 50 to 60 fans before serving a meal inspired by their music.

So it was only natural for the two to work on Supper Studio, combining Candido’s event planning background with Leebove’s music business savvy. There have been two Supper Studios to date, with a third in the works. The first, with Pearl and the Beard, involved polenta fries and duck prosciutto. The second featured TEEN, alongside curried pumpkin and mushroom soup and Doritos-flavored popcorn. And the third one, coming up April 12, stars indie-pop singer songwriter Mirah. 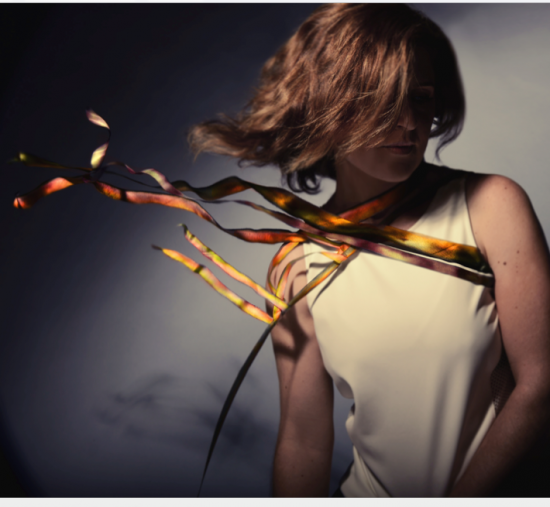 “[The project] made sense to me immediately. Taste is just another extension of how to creatively apply yourself to your work,” Mirah says. “You have a lot of visceral experiences and memories when it comes to taste and smell, but oftentimes music and visual arts blur over that. I really appreciate that they’re trying to infuse music with tastes and smells.”

Leebove and Candido have taken Mirah’s folksy, downbeat pop and interpreted it as a five-course gluten-free and vegetable-centric meal, thanks to the singer’s own dietary preference. The specifics of the meal, however, are left to Leebove and Candido.

Inspiration starts, naturally, with the music: “We sit down for four to five hours, to really listen to some music and pick it apart,” Candido says. “It’s like the best listening party ever.”

Then comes the research, the countless articles about song inspirations, liner notes, and lyric analyses.  Take her song “The Forest.” “We had visions of woods, so how do you experience the woods? What do you see, feel, dream about in the woods? I had a lot of visions of fishing in the lake and then cooking a stew in our cabin,” Candido says. “That kind of drives of menus, pictures and images you see as you listen to her music.”

Finishing touches involve a more personal note. Dessert, it turns out, will be sweetened with maple syrup from Mirah’s family farm.

The final menu: a pickle sampler, lentil salad, pesto potatoes, tomato fish stew and maple rosemary ice cream.  Which, when you talk to Mirah, is appropriate. “My intention with music is that it’s very nourishing, and I have a lot of experimental aspects that I incorporate.” So if Mirah were to serve something inspired by her own music? “I would serve the most delicious, tender dark leafy greens with a swirl of root vegetables which have been shaved and roasted into chips, creating a tower as tall as you can get it.” Not a far cry from sprouted lentil salads and a hearty tomato fish stew. 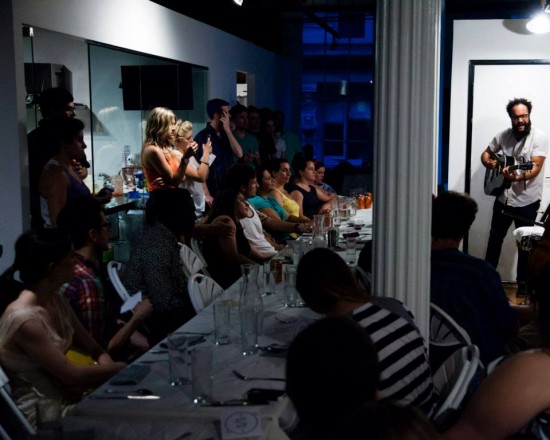 Tickets for Mirah’s show are sold out, but follow Supper Studio on Facebook for updates on upcoming concerts.