Why Plants Have Become the Biggest Trend in Restaurant Decor

Restaurateurs and designers are finding their inspiration in the great outdoors. 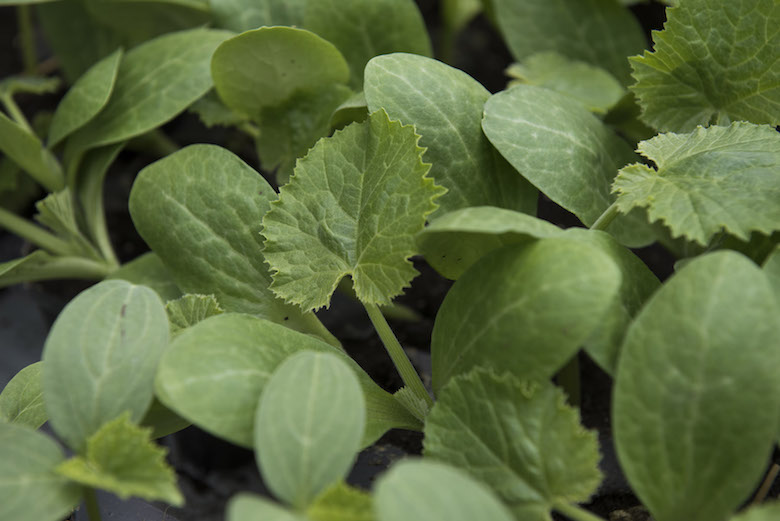 If you’re seeing greenery everywhere when you go out, you’re not alone. Photo by Liz Clayman.

It’s a jungle out there, or so new restaurants would have you believe. Leafy chic is becoming the decor of choice, from plant walls to floral arbors to full-on forest motifs.

Oftentimes, elements of the space dictate the design direction. At the new Lower East Side Korean gastropub Ms. Yoo, designer Steve Lewis took inspiration from the abundant natural light filling the Allen Street location and used florals to create synergy with the sunshine. Paul Sierros, owner of the Chinatown boîte 49 Monroe, wanted to turn his warehouse-size venue into something intimate. Strategically placed plants (185, to be exact) create divides in the cavernous space and perceptually lower the high ceilings.

Flora and fauna offer a sense of place, in addition to being pretty. “We started with, ‘How to do you blend the contemporary fashion industry of Bryant Park to the classic theater district?’” says Scott Carlson, creative director of Van’s General Store, the firm that conceptualized the design of Burger & Lobster’s new midtown location. By re-creating Bryant Park via a plant wall and various shrubs placed in B&L’s signature lobster cages, the restaurant seamlessly integrates into the neighborhood. In Brooklyn, Olmsted’s owner and chef Greg Baxtrom pays homage to luminary landscape architect Frederick Law Olmsted by theoretically connecting to Prospect Park through his restaurant’s interior and exterior gardens.

Plants can evoke an emotional response; Lewis, recently married, infuses a sense of romance into Ms. Yoo’s, particularly with the floral canopy above the bar. At B&L, “There’s a freshness to those plant walls… just as far as how you feel emotionally or physically as you’re sitting there and have life around you,” says Carlson.

While many designs are purely aesthetic, Baxtrom sees the potential for a working garden. “Our first instinct was to just put up office plants: things that grow well indoors, are indestructible and look lush. We got bored really quickly with that,” he says. They’re currently in the process of reconfiguring the light, water and fertilization systems for the interior wall; “half is left with the ivy that’s growing on it and the other half is us testing out what will take. It’s still so much of an incubator right now.”

As foliage takes a starring role in interior design, us New Yorkers no longer need to complain about the lack of alfresco dining. All we need to do is open a restaurant’s door.